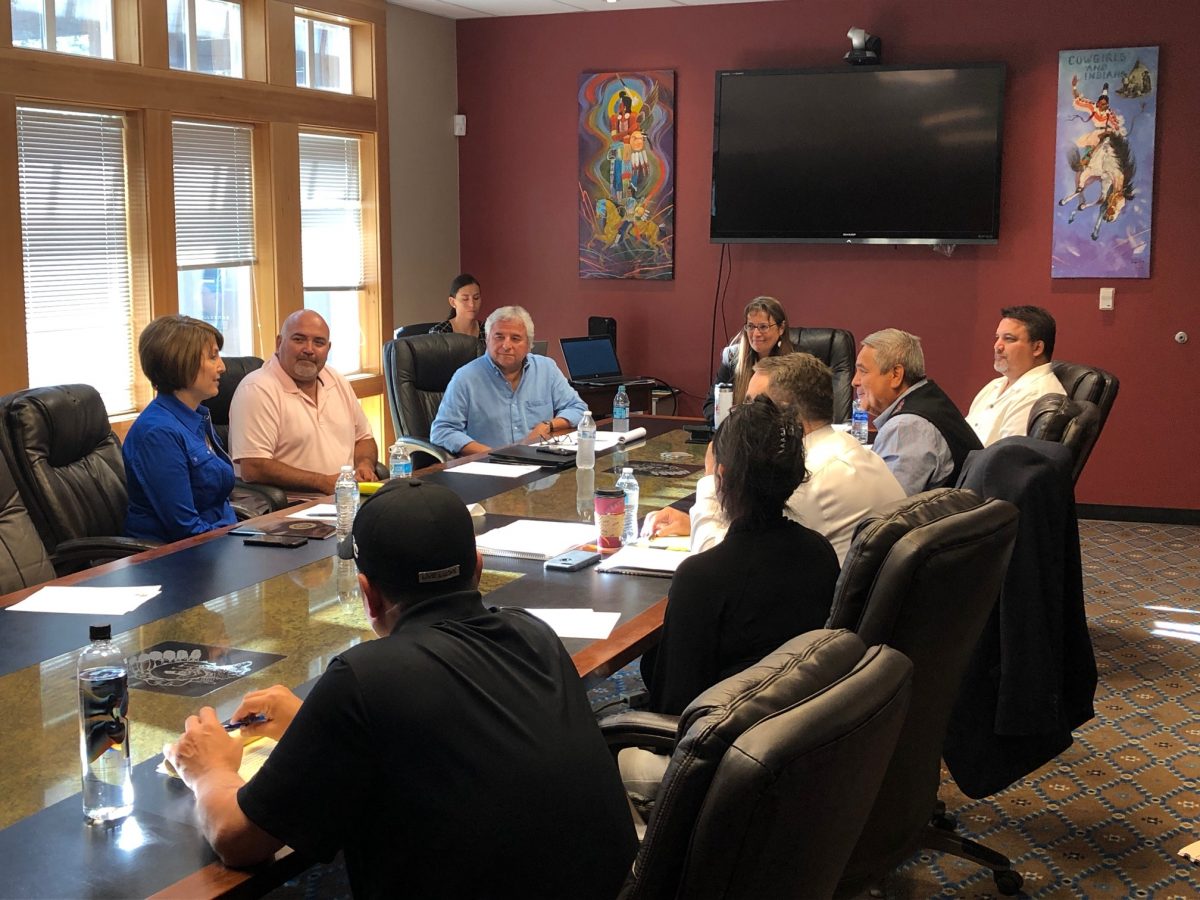 On Wednesday morning, U.S. Representative Cathy McMorris Rodgers met with the Spokane Tribal Council in Wellpinit, Washington for an update on the key projects, programs, and priorities of the Spokane Tribe of Indians.

The two-hour meeting covered a broad range of issues laid out by the Council including health topics, the Midnite Mine EPA Superfund site, broadband accessibility, forest health, salmon restoration, and language revitalization.

The bill passed in the Senate at the end of June and was sent over to the House. During the meeting with the Tribal Council, McMorris Rodgers said that she had expressed support for the bill and tried to bring it to the floor under a suspension calendar to allow it to pass quickly before the August recess. However, concerns within the House Natural Resources Committee stopped the bill from getting on the suspension calendar.

The Congresswoman said that the bill should be taken up quickly when Congress returns in September.

“I’m disappointed in how that played out,” said McMorris Rodgers. “It’s going to take a little bit longer, but we’ll get it done.”

Carol Evans, Chairwoman of the Tribal Council, plans to testify in support of the bill in Washington DC when it is brought before committee.

Another key issue discussed during the meeting were the health care needs of the Tribe. The Tribe’s Department of Health and Human Services Director Ricki Peone led a discussion on several projects within the department — including an expansive diabetes program and work to create a gym in the community. She also discussed needs in the community like improved rural access, expanded telehealth opportunities, support for medication-assisted treatment, and ways to address opioid abuse and suicide rates.

Vice Chairman Greg Abrahamson also described health care workforce issues and the shortage of providers in the area. He says they are looking at creative ways to attract health care providers such as school expense repayment options.

“I would love to help on that,” said McMorris Rodgers. “Getting more tribal members that are educated and helping them get this training so that they can provide the services, makes a lot of sense to me.”

The Council also provided an update on their site master plan to develop a hotel, a new casino, and retail buildout in Chewelah. According to Planning Director Frank Metlow, the Tribe has been looking to develop in Chewelah for many years, and in the spring they will begin work on a 70-room hotel.

“Lodging is in huge demand in Stevens County…there’s really no way for us to bring in tourists and retain them for any amount of time,” said Metlow.

Metlow says that the city of Chewelah has had to turn away national events at its golf course and ski resort due to the lack of lodging options. The hope is that the hotel, casino, and retail buildout will be mutually beneficial for the Tribe and the city.

Following the meeting, Evans expressed the importance of the Congresswoman’s visit.

“Because she represents the people and we’re part of her district, it’s important that she knows what we’re doing. So that as she’s out there talking with other people, if we have connections, she can bring those up…It’s important. And it’s always important that people know who’s part of their community. That’s all we ask, you know, that we’re able to be heard and part of it.”