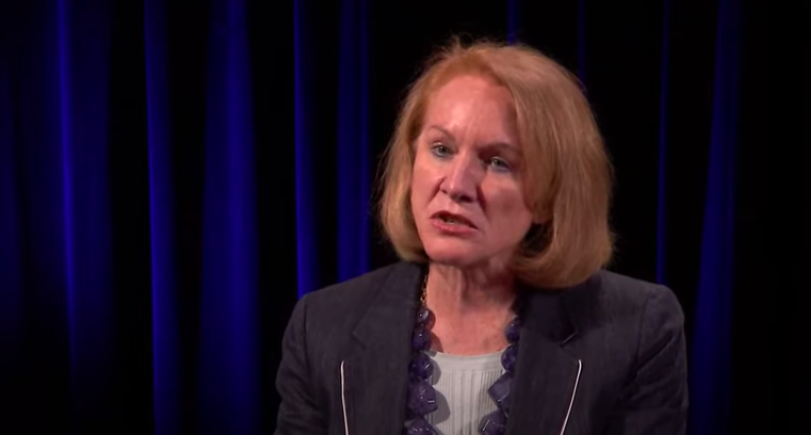 In an appearance on Civic Cocktail, an interview show hosted by former Seattle Times reporter Joni Balter, Mayor Jenny Durkan answered questions on the protests in Seattle over the past week and the Seattle Police Department’s conduct at the protests.

The interview took place just hours after Seattle City Attorney Pete Holmes announced the withdrawal of a federal consent decree with the SPD, which could have halted the federal oversight SPD has been under for the past eight years due to Justice Department allegations of excessive use of force and biased policing.

Towards the beginning of the interview, Balter asked the Mayor how she thinks Seattle Police have performed in response to the protests. In assessing the performance of SPD, Durkan sought to draw a distinction between protestors in two different locations on Saturday near Westlake Center — the epicenter of the day’s events.

“In Westlake Center thousands of people gathered to protest… they marched the federal courthouse and there were no conflicts with police. Yet a block away, there was a completely different story where cars were set on fire and there were rocks and Molotov cocktails thrown by people who came clearly to cause conflict. So, in the peaceful protests, we’ve done really well,” said Durkan. “But what I think we’ve seen is, at the end of the night when people have to disperse, we need to work on how we do that because it has not ended well any night.”

On Saturday afternoon as the protests started to escalate, Durkan issued a 5:00 p.m curfew just minutes before the clock struck five. After first extending the citywide curfew order “effective Tuesday through Saturday, beginning at 9 p.m. each evening and ending at 5 a.m. the following morning,” the Mayor cancelled the curfew last night after meeting with protest organizers.

In a tweet sent out yesterday, Washington Lt. Governor Cyrus Habib condemned the use of curfews as protests were ongoing.

A video clip recorded at the protest on Saturday afternoon appears to display a nine year old girl in distress after being maced by a Seattle Police Officer. The video has since gone viral and prompted outcry.

OPA director Andrew Myerberg told KUOW that of the 12,000 complaints they received over weekend, “we would estimate that 11,000 — if not more — of the 12,000 were about that one incident.”

A video recorded at a subsequent demonstration in the Capitol Hill neighborhood displays the exact moment when SPD utilized tear gas, mace, and flash bang devices to disperse a crowd of protestors.

In the United States, tear gas was developed for police use after World War I by General Amos Fries, who led the US Chemical Warfare Service. By the mid-1920s, tear gas was a regular component in police arsenals.

While tear gas is classified as a chemical weapon and cannot be used in warfare, “riot control agents” are exempt from the existing ban on chemical weapons.

According to Anna Feigenbaum, an associate professor at Bournemouth University, the exemption is based in the idea that tear gas used by police to disperse crowds is a defensive act.

The idea is that if tear gas is used in war, it would be a part of an offensive [operation], whereas when the police use tear gas, it is defensive.”

In the Public Safety & Human Services Committee meeting with Chief Best yesterday, Councilmember Teresa Mosqueda asked the Chief to halt the use of tear gas immediately.

I asked Durkan in the Q&A portion of the interview whether she would commit to banning the use of tear gas, flash bang devices, and rubber bullets in Seattle.

It was very real on Saturday night in particular that police were attacked. Their views on why they have to wear more tactical gear are based on fact…but look, if we’re going to move forward, for trust, and build that city of the future we’ve also got to have the police department that everybody wants.”

Durkan went on to say there is “a huge amount of distrust in the community” due to the deescalation polices carried out by police at demonstrations this week.

To restore trust between the SPD and local communities, I asked Durkan whether she and Chief Best would consider reforming SPD’s structure to reflect more of a “community policing model,” which has displayed positive results in some cities, though the body of research isn’t comprehensive yet.

Criminologists who have studied the model say that through community meetings, going door to door, their daily patrols, and TV appearances — police can get their communities aligned with how residents think policing should be done.

Speaking to Vox in 2016, Richard Rosenfeld, a criminologist at the University of Missouri in St. Louis said:

In order to overcome lack of trust and confidence, the police have to make contact — door-to-door, face-to-face contact — with members of their community,”

Durkan said that the SPD “needs to get back to a place where officers policing a community, if we can, are from the community. Get people out of cars and walking so they know who’s in the neighborhoods, who’s in the businesses and build that real trust of guardian instead of warrior.”