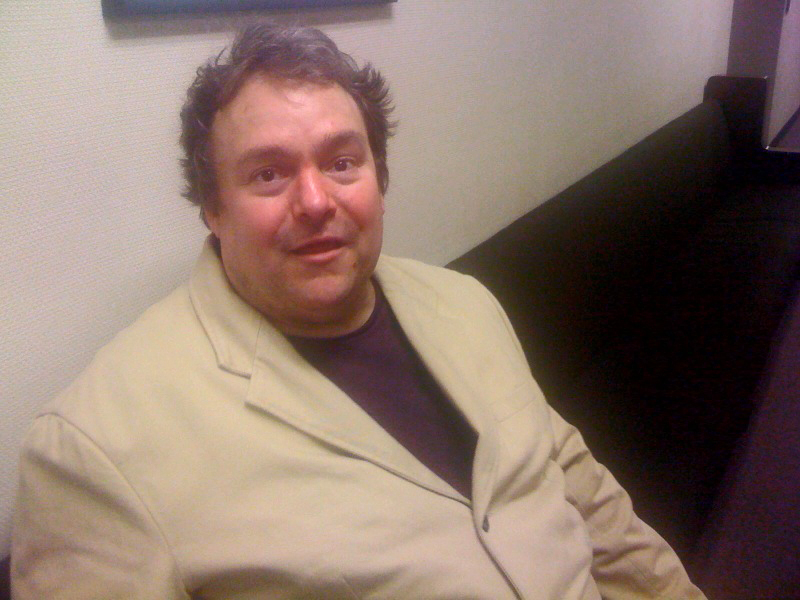 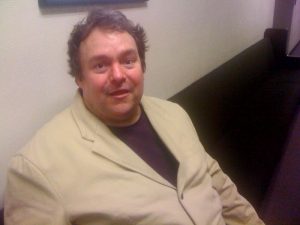 OLYMPIA, Dec. 5.—Washington’s landmark marijuana-legalization law faces its first challenge in court Friday, but this one doesn’t come from the feds – rather from an Olympia paralegal well-known in political circles as a gadfly who manages sometimes to deliver quite a sting.

Arthur West says he’s out to protect the little guy from the big corporate interests that stand to reap a bonanza if Initiative 502 is allowed to take effect. His suit challenges the measure on state-constitutional grounds, not the federal pre-emption arguments that are expected to be raised if the federal government decides to step in. And his suit presents quite an irony – as excitement over legal marijuana sweeps Olympia and the state as a whole, and corporate investors eye the opportunities in what is expected to be a billion-dollar business, a disheveled fellow in a rumpled jacket could bring the whole thing crashing down.

West specifically is leveling his challenge at the ballot title and the multiplicity of subjects he says are raised by I-502 – Washington’s constitution imposes a “single-subject” rule on all laws and initiatives, and it requires that titles explain the subject clearly. But West’s real beef with the measure, passed last month by Washington voters, is that in his view it is the wrong kind of legalization. The measure establishes an elaborate regulatory procedure for farmers, processors and retailers, and taxes them to the hilt. The business will be in the hands of the big dogs who manage to obtain licenses from the state, he says. But what about the guy who wants to grow a couple pot plants in his back yard?

“It will corporatize the drug market and get rid of all the small people, who will then be subject to the same penalties as moonshiners,” West complains. “We’ll have a whole new bunch of revenue agents whose job will be to bust small-scale growers because they are not compliant with 502.”

The political compromises that built the I-502 coalition, the complicated regulatory and law-enforcement structure that aimed to appease opponents, and the centralized business model that has the big boys licking their chops are what West says he’s determined to fight.

West goes to court Friday in Thurston County Superior Court for an injunction that seeks to delay the imposition of new penalties for driving under the influence of marijuana. But the overall suit might be seen as the final showdown for the disorganized medical-marijuana forces that mounted the only significant opposition campaign. Washington is among the 18 states that permit the sale of marijuana by prescription, a boutique business by comparison with the broad-scale legal sale to the public that eventually may be launched by the initiative. West, a medical-marijuana patient who has made a lucrative career of filing public-records requests to local-government agencies, collecting penalties and settlements when they fail to comply, was among those who bankrolled the $6,000 effort. It was outspent 1000-to-one.

The one argument that got the most publicity during the campaign was that the measure imposed draconian DUI penalties on marijuana users, in an attempt to beat the key argument that defeated Referendum 19 in California in 2010. It sets a THC threshold of 5 nanograms per milliliter of blood – and medical marijuana users say THC concentrations at that level can linger long after the buzz is gone.

But West says it also is a battle for the business itself. Ultimately he says he expects that the medical-marijuana trade would be shut down, because it runs counter to the big-business approach of the initiative. And certainly there is a measure of idealism in his crusade. “One of the beauties of what I think real legalization would do would be to make it so that the individual person could grow a few plants in their yard, and that would make the price go way down, make it so that people wouldn’t be shooting each other over it. There wouldn’t be a black market because it wouldn’t be worth people’s time to smuggle it. I-502 has such a high tax structure it is not going to even lower the price, and that is bizarre.

“The regulatory scheme seems to be devised to have a few large corporations or people with a lot of money who will grow 100 acres at a time dominate the production, and that is not what I want to see for Washington state, where there are a few people controlling the industry and the prices are higher than on the street. What I want to see is legalization where it is small-scale, and instead of having drug cartels and big corporations you have people growing 20 plants in their backyard and selling it to their neighbor.”

May Not Take Challenge Seriously

The attorney general’s office, which is defending the initiative, presents a curious argument with its brief. Rather than offering legal arguments about the propriety of the initiative and the ballot title, it simply numbers the paragraphs in West’s complaint and states that it denies the allegations, paragraph by paragraph. A stronger argument might have been mounted by referring to the state Supreme Court’s decision earlier this year upholding Initiative 1183, the liquor-privatization measure, which also was challenged on single-subject grounds. The court ruled that the authors didn’t exceed the bounds with an initiative that shuttered the state liquor stores and also established an elaborate new marketing structure for the privatized system that took its place.

Alison Holcomb, the ACLU drug-policy director who managed the I-502 campaign, said the argument doesn’t hold water. “Basically you’re talking about a ballot title here regarding marijuana and you are setting up a system for regulating its production and distribution and possession, and I think everything that is in Initiative 502 pertains to that issue.”

But West maintains that some of the elements included in the initiative to garner maximum political support go far beyond anything that was done in I-1183.

For one thing, voters who read only the ballot title saw no mention of the DUI penalties. “I don’t think there’s ever been a new criminal law enacted without it being very clearly shown on the face of the initiative,” he said.

And the fact that it offers distributions of tax proceeds to interest groups with no rational relationship to marijuana clearly violates the single-subject rule, he says. Payments for migrant health care clinics and programs for at-risk youth, for instance, were clearly inserted in order to win the support of such groups as El Centro de la Raza and the Children’s Alliance. The suit calls the earmarks, “in essence, a hodgepodge of diverse politically motivated incentives and financial payoffs whose only motivating factor is that they were designed to garner support for I-502.”

The suit also contends that the DUI provisions compel unreasonable and invasive searches and seizures, a violation of the federal constitution.

“This is a very popular, liberally acclaimed initiative,” West said. “No one in the liberal community wants to hear they cut corners on the process or that there was a defective ballot title. Instead they are celebrating and lighting up a joint. I guess maybe the political haze over the landscape has made it harder to concentrate on the constitutional issues.”