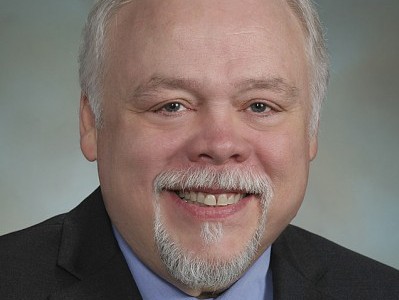 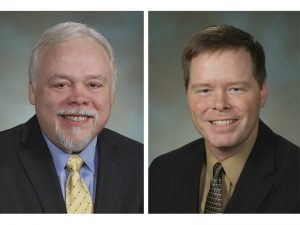 OLYMPIA, Nov. 20.—Time for half the state Senate to cheer and the other half to gulp – it looks like state Sen. Don Benton, R-Vancouver, has won his race for re-election, setting the stage for an upheaval the likes of which the Legislature’s upper chamber has never seen.

Victory for Benton in the Senate race means Republicans have 23 votes to the Democrats’ 26. But with two Democrats saying they’ll vote to install a bipartisan governing coalition, it appears the old way of one-party control may be over, at least for the coming year. Presuming Republicans stand firm and vote for a rule change on the opening day of session next year, the two parties will have to talk to one another from the start, and decisions will have to be made down the middle.

Nothing is official yet, of course, but the ballot count in Clark County Tuesday was decisive enough, two weeks after the election, to finally call the race. Benton has the tiniest of leads over Democratic challenger Tim Probst, 104 votes out of 54,864 cast in the race. That gives Benton a score of 50.09 percent. But there just are not many votes left to count. Elections officials say they have 225 ballots left to run through the machines – that’s county-wide, and the way things have been running, only about 30 percent will be from the 17th District. There are another 200 challenged ballots in the 17th District that might potentially be counted, if voters contact the county auditor’s office and clear up doubts about questionable signatures on ballot envelopes. But for the outcome of the race to be altered at this point seems highly unlikely.

All that remains is the mandatory recount, a near-certainty, and the only real question is whether it will be conducted by hand or by machine. But as Benton tells Washington State Wire, the Clark County auditor’s office has conducted some 28 recounts over the last 40 years, and never has the count varied by more a handful of votes, nor has a recount made a difference. “I’m fairly well confident we have won,” Benton said Tuesday night. “It’s clear there aren’t enough ballots out right now to change the outcome.” 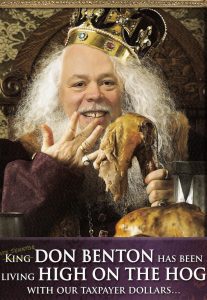 A primary-election flier issued by the Working Families for the 17th, the umbrella independent campaign on the Democratic side.

The ballot count Tuesday night has big implications both for the Vancouver-area district and for the way the Legislature will do business in 2013. Normally the majority party has the power to dictate the course of business, naming committee chairs and deciding which bills will be advanced to the floor for votes. But now it appears that Democratic state Sens. Rodney Tom, D-Bellevue, and Tim Sheldon, D-Potlatch, will have the votes they need to install a bipartisan coalition in control of the Senate. There’s a simple way to do it: The Senate traditionally adopts its own rules on the opening day of session. That means it is possible to adopt an amendment to the rules on the floor requiring that all leadership decisions be made by the full Senate. And if Republicans are brought into the picture, that changes things entirely.

Suddenly both parties have a say in committee chairmanships. They have to find a compromise candidate for majority leader – some already are touting Tom.

And as the session progresses, bipartisan leadership assures that Republicans will be at the table when a budget is negotiated, and that they will have as much say as the Democrats. It means that Democratic Gov.-elect Jay Inslee might propose sweeping changes to policy, and the Democrat-controlled House might pass it, but the Senate will be the moderating force in the debate. 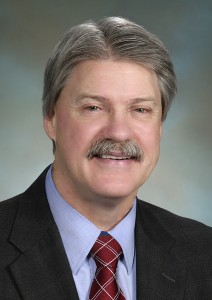 Sheldon said he thinks most deals will be worked out in advance. Once lawmakers see which way the votes fall, there won’t be much appetite for battles on the floor, he said. “I think all these scenarios will begin to look more real,” he said. “I tell people that I’m waiting for the Republicans to organize and get their leadership team together. The Democrats started doing that last week when they elected a majority leader. I think it will start coming together and people can sit down and start negotiating.”

The idea behind the move is that Democrats aren’t the cohesive bunch their numbers might indicate. There is a big divide between the left and the center, particularly on the subject of tax increases. Two sessions ago they needed help from the Republicans to find 25 votes to pass a budget; this year, when Democrats tried to go it alone, Tom, Sheldon and the soon-to-be-departed Jim Kastama voted with Republicans and forced a session-ending compromise.

If the takeover from the middle occurs, it will essentially ensure that the two parties cooperate from the start, said Patrick Connor of the National Federation of Independent Business. “Based on the pronouncements we have been hearing from Tom and Sheldon, it could mean a far different Senate than what we are used to seeing. It will be something more like what we saw in the closing days of the last session. We might actually see a pro-small business philosophical majority in the state Senate, and that would be a big deal. You’d see committee chairs elected not based on partisan calculations but based on policy positions and on people’s willingness to work for compromise or a consensus position. And that would be a big change from the one-party rule that we have become so used to for the last few years.”

Here’s one hint of the difference it might make. This year the Washington Education Association spent more than $220,000  to ensure longtime ally Rosemary McAuliffe, D-Bothell, was re-elected, thus ensuring that she would retain her chairmanship of the Senate Education Committee. But under a bipartisan coalition, there is a strong chance she would lose it – and WEA’s $220,000 would have been spent without purpose.

Meanwhile in Vancouver, Benton said he is feeling relieved tonight. The lead in the race has changed three times as elections officials have counted the stacks of by-mail ballots since election day. “It has been very, very close,” he said. “We knew they were going to spend an awful lot of money. It is the only way you beat an incumbent in his district, by smearing him and running attacks. There were so many lies – they claimed everything under the sun.”

All told, $1.26 million was spent on the race, both directly by the candidates and by independent campaigns. Benton’s name recognition after 16 years in the Senate may have helped pull him through. The numbers appear to support that idea.

They are actually rather striking. In a race for Probst’s former House seat in the same district, between two not-so-well known candidates, the Democrat is ahead of the Republican, and the tables are amost exactly turned. Democrat Monica Stonier is beating Republican Julie Olson by exactly 100 votes, and her victory margin is exactly the same as Benton’s, 50.9 percent. The main difference is that 240 fewer people voted in that race. So it appears that perhaps not all Benton voters were comfortable with a name they didn’t know.