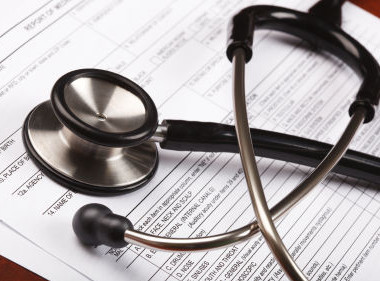 As the legislative session reaches its halfway point, the lobbying and political advocacy sphere continues to keep its eye on a variety of policy issues ranging from health care costs to privacy law. Washington State Wire reached out to key figures in the advocacy space to take stock of what their policy priorities are this session, what they’re keeping their eyes on and what they expect to see next going into the home stretch of this year’s 60-day session. Here’s what they had to say:

Matt Miller, Director of Government Affairs at CHI Franciscan: “I think there was this kind of theme addressing the indirect costs of healthcare. That was a big part of the first part of the session. Also, I’m seeing bills dealing with use of prior authorization [like SSB 6404] and how that affects providers. We’ve seen things that relate to the workforce. When you look at these things in the bigger picture, they’re all getting at the indirect costs of health care. We really support 6404. I testified in favor of it.

After last year, I’m keeping my eye on how the last 72 hours are. We saw legislation that moved really quickly at the end of last session, and we’ll see if that happens again this year.”

Laura Pierce, Executive Director of Washington Nonprofits: “A bill we’re following closely is HB 1808, which is the library and fundraiser tax exemption. It would make that exemption permanent. We want to encourage participation in community fundraising. That tax exemption is in place and it’s working. We’re hoping to see it go through and that it goes to the House floor this week for a vote.

I feel like the biggest concern is around finances and stretching the state’s finances to meet the needs of the state. Some people are watching the privacy law issue, which could affect large nonprofits like universities and hospitals.”

Chris Bandoli, Executive Director at Association of Washington Healthcare Plans: “On affordability, there’s a bill this session that deals with the total cost of care. They’re really looking at it from a systemic point of view and what the drivers of health care costs are. There’s also a bill that deals with a similar concept on prescription drugs. There’s also bills on hospital finances and transparency in how finances are structured. Last year, there was a bill around prescription transparency, so again, it’s a continuation of what we need to know about why health care is so expensive. That bill is sort of a cleanup to the bill from last year.

We’ll see where some of these bills land in affordability and transparency as we get into the fiscal time frame. If anything happens that we didn’t expect, it will probably be in the fiscal realm.”

Charles Adkins, Director of Legislative Affairs at Future Generations: “I’ve been noticing there’s a lot of emphasis on education and homelessness. There’s a major bill I’ve been championing: House Bill 1278, which, in the 2019 session, made it to the Senate Ways & Means Committee and it died there. But last week, it successfully passed in the House. It establishes a program where homeless students would get their first year of housing waived by their college or university if there are dorms available. Those dorms should be going to the neediest students.

The house transportation budget is really interesting and I’m interested in seeing what happens to it. I also heard there’s going to be major movement on the K-12 sex ed bill. It sounded like it was going to happen.”

This story was updated to include Charles Adkins’ comments.