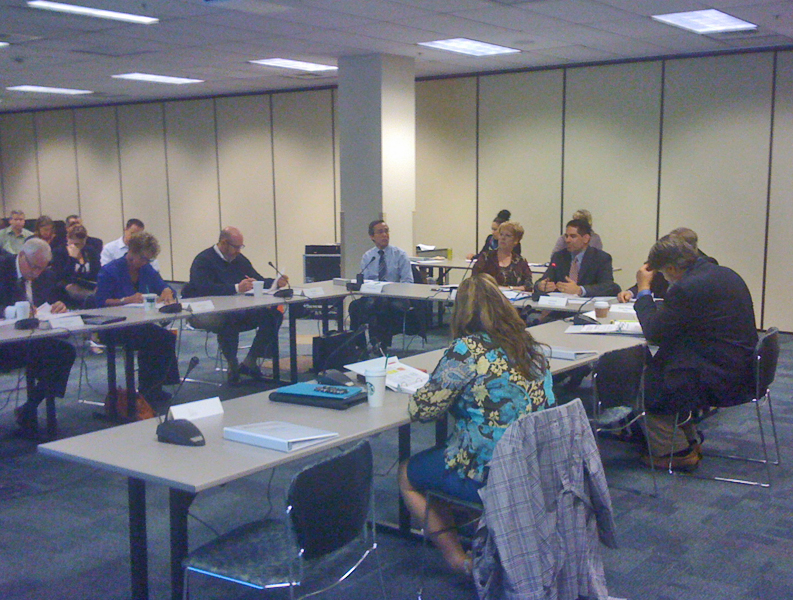 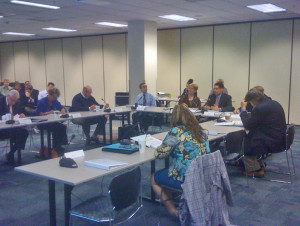 OLYMPIA, Sept. 17.—The Department of Labor and Industries is proposing a 2.7 percent increase in average workers’ comp rates for 2014, the first in a series of premium increases over the next decade that aim to raise $2 billion to bring the agency’s financials back in line.

It’s not much now, the agency says. It amounts to an increase of a little less than two cents an hour, to be paid by workers and employers in the form of workers’ compensation taxes over the next year. But layered on top of all the other rate increases the agency contemplates through 2022, the catch-up plan does begin to add up. Figures were revealed Monday at a meeting of the agency’s workers’ comp advisory committee, the first step in L&I’s annual process to set workers’ comp rates for next year.

“This proposal is part of a long-term plan to ensure steady and predictable rates, help injured workers heal and return to work, and reduce costs by improving operations,” said Labor and Industries director Joel Sacks.

It would be the first rate increase since 2011. A final rate will be adopted in November following public hearings next month.

Next year’s increase represents the first installment in a catch-up plan to rebuild the agency’s reserves that has been discussed for more than a year. It is not quite the doomsday scenario laid out by Labor and Industries at a meeting in June 2012, when agency actuaries shocked the business community by suggesting the agency might need a 10 percent rate increase, sustained over the next decade, in order to rebuild its depleted reserves. But it’s all part of the same story. The agency, which oversees the state-run industrial insurance program, spent down its reserves during the worst of the recession in order to keep rates artificially low and avoid the big rate increases that would have been required to cover the program’s full cost. At the same time, the agency is adopting a more realistic estimate of annual investment returns, ratcheting the expectation down from the present 6.5 percent to 4.5 percent in 2022.

That leaves the agency in need of $2.047 billion in order to hit its financial targets. Although the whys and wherefores might seem a little obscure outside the state’s capital city, the bottom line is that employers and workers who pay workers’ comp taxes can expect rate increases each year over the next decade until the program is financially whole. Next year’s 2.7 percent increase is an average; actual figures are calculated by industry and do not reflect the “experience rating” that can drive costs up further. In the case of the logging industry, which pays the highest rate in the state, the premium will top $20 an hour, agency officials said.

If it hadn’t been for the catch-up plan, the agency’s actuaries suggest a 1-percent decrease in rates would have been in order. This year’s increase will add $95 million to the agency’s coffers. 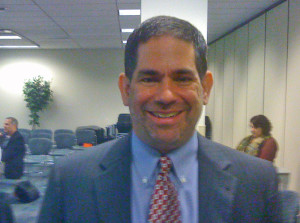 Joel Sacks, director of the Department of Labor & Industries.

As is typical in such rate-increase announcements, agency officials tried to put the matter in the best light possible by offering comparisons with other states. Washington is the only state in the country where rates are based on the hourly wage, rather than a percentage of payroll. That means the Washington program does not automatically see additional income when salaries increase year by year. If the Washington program managed to capture wage inflation – 3.4 percent last year – agency officials say next year’s increase would have been zero.

“I think any time you hear a number that is an increase, your first reaction is why are my costs going up?” Sacks said. “What this number actually represents is an attempt to do what every other state does, which is increase revenue that comes in the door as wages for workers increase.”

But perhaps more significant is the fact that the agency says it has managed to find administrative efficiencies that will result in savings of $35 million to $70 million next year. That is the result of some of the small-scale changes adopted by the 2011 Legislature in the last round of worker-comp reforms. They include a new medical-provider network, a stay-at-work program that encourages injured workers to take light-duty work as they recover, and an expansion of the agency’s community-based Centers for Occupational Health and Education, which attempt to coordinate the care of injured workers with multiple providers.

Those successes are leavened by the fact that the biggest reform adopted by the 2011 Legislature turned out to be a bit of a dud. The state began allowing injured workers to settle their long-term disability claims for the first time last year, but the highly restrictive structured settlement program, currently limited to workers over age 55, attracted only a handful of takers.  Though the state Board of Industrial Insurance Appeals reported at Monday’s meeting that applications for settlements have increased 50 percent this year, L&I was forced to concede in June that its cost-savings estimates had been too optimistic. The recalculation meant a hit of $244 million to the agency’s reserves. That is one of the factors driving the rate increase, and Republican lawmakers in the Senate say they expect a renewed effort next year to reduce restrictions and make the program more attractive.

Could Have Been Worse

There is a direct relationship between the frightening scenario laid out by the agency a year ago and the figures it presents today, said Kris Tefft, who represented the Association of Washington Business at the meeting. At that point it looked like the agency would need $200 million a year for its catch-up plan, and the figures presented Monday really aren’t that different. The $95 million from additional premiums and $70 million from administrative savings total $165 million; the agency covered the rest of the distance by setting lower targets for its contingency reserves.

The best thing about Monday’s announcement was the fact that the agency didn’t have to cover the full cost by raising rates, Tefft said. “The focus on cost savings is exactly right, and we look forward to working with the department and worker advocates to make these work,” he said. “But without more help from the Legislature, there will continue, year in and year out, to be a pressure to increase rates more than necessary to break even in order to rebuild the reserves, especially as Labor & Industries more accurately states its long-term liabilities by more accurately stating its investment assumptions.”

Tefft noted the business community’s deep disappointment in the savings produced by the structured settlement program. The situation makes the case for a bill that passed the Senate this year that would expanded eligibility to workers over age 40, he said. By the agency’s estimate, that would save about a half-billion dollars in the first three years alone. “That would help replenish reserves without needing to hit rates, and without touching injured worker benefits at all.”

Meanwhile, labor was cheered by the news that some of those 2011 reforms actually accomplished results. Benefits to workers are the key thing, said Jeff Johnson, president of the Washington State Labor Council. “I think in all the years I have done this I have not seen the process explained as clearly and as comprehensively as today, both the reasons for the rate increase as well as the other steps the department was going to take to try to save costs.”

The department will seek public comment on its rate-hike plan at a series of public meetings over the next month. The schedule is as follows: