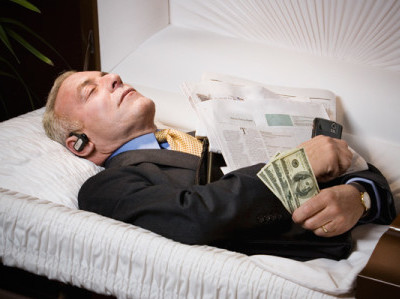 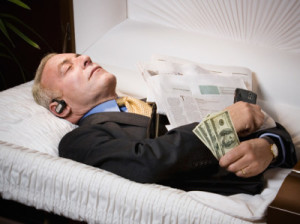 OLYMPIA, June 6.—A move to fix the Washington estate tax seemed to fizzle this week, but never fear, say state officials — the issue remains alive and breathing. The Department of Revenue now says lawmakers have until late next week to enact a technical correction to the tax. Last week’s rush to pass a fix might have been premature, but as long as they act before the end of the current special session, lawmakers can save the state a costly run to the post office.

The Department of Revenue says the issue remains urgent, but the drop-dead mark now is sometime before June 14 — next Thursday or before. If no action, poof — there goes $50 million or so.

The state tax agency has been warning lawmakers about the effect of the so-called Bracken decision since it was handed down by the state Supreme Court last fall. The state’s high court threw out a portion of the Washington estate tax on technical grounds, meaning that some of the wealthiest dead taxpayers in the state were entitled to refunds – or rather their estates and heirs.

The court decision held that lawmakers did not properly draft a portion of the estate tax law when they passed it in 2005. What it meant that the estates of married couples that used a common estate-planning technique, the qualified terminable interest partnership, or Q-TIP, were entitled to refunds.

Other dead people weren’t so lucky. The estates of single and divorced people worth more than $2 million still are liable for the tax.

Mike Gowrylow, spokesman for the Department of Revenue, says the agency has a new deadline. If lawmakers have taken no action before 9 a.m. June 14, the state’s number is up. That’s when DOR goes before a judge in Thurston County. The attorney general’s office warns that the state must begin sending out checks before then, Gowrylow says, lest it be liable for penalties. Some nine estates so far have obtained judgments since last year, most of them ordering the state to issue refund checks.

Last week, the agency figured June 7 was the deadline – and what a difference a week makes! The earlier date put the Legislature in rushmode at a point when it wasn’t of a mind to do much of anything. And although lawmakers weren’t exactly occupied with any other pressing business, it did create some consternation. Some of them drove hundreds of miles to be in the state’s capital city May 30 to pass a single bill in the state House — and you might say there was grumbling all the way from Stateline, Idaho to Snoqualmie Pass. Now it turns out they could have waited.

Resolution of the issue appears to have bogged down because of a dispute between the Democrat-controlled House and the Republican-leaning Majority Coalition Caucus in the Senate. Both caucuses are willing to pass a bill that retroactively rewrites the law and declares that everyone who paid taxes in the past was legally required to do so. The only estates that would get a break are those of the late Sharon Bracken, for whom the Bracken decision is named, and the estate of Barbara Nelson, which participated in the lawsuit: Their payout is $5 million. Dozens of others hung back and allowed the two estates to pay the legal fees for the court challenge; now many have filed for refunds. But because those other estates were not named in the lawsuit, a retroactive declaration by the Legislature would allow the state to keep their money. The state so far has been sued for the recovery of nearly $50 million but the refund requests potentially could run as high as $138 million.

The estate tax seems to be fine by voters — they affirmed it by a wide margin when a repeal measure went to the ballot in 2006. But it is not a popular thing with Republicans – some call it the “death tax.” So the Senate majority is insisting on a trade-off. In return for a retroactive fix, the Senate wants to increase the threshold for taxation to $5 million, in line with the federal threshold, and would cut the tax rate 25 percent over seven years, from 2015 through 2022.

And there the matter has stood for a week, raising the possibility that the Department of Revenue could begin cutting checks at any time and make any bill pointless. On Tuesday, Gov. Jay Inslee denounced the Senate’s inaction and seemed indirectly to raise a political issue that could haunt future campaigns. Said the governor, “I just have to tell you this has been a shock to me, that at a time when we have a $4 billion deficit in our education fund, at a time when we have a voter approved measure that asked the wealthiest amongst us to pay a certain portion of their estates to our schools, at a time when we should all be working together to plug that hole, that the Senate majority wants to knock another hole in the ship and take on more water.”

Gowrylow says the change in DOR’s deadline wasn’t a goof. What happened is that a court hearing set for June 7 was rescheduled for June 14. DOR just has to start sending out checks sometime before the hearing – but it can stand by the postage meter until then. And there is another fudge factor. It doesn’t have to send all the checks out at once. It just has to get some of them into the mail, so that it can tell the judge that yes, the checks are being processed. Says Gowrylow, “Of course any payments that go out, once they go out in the mail, that is it, we don’t get that money back.”