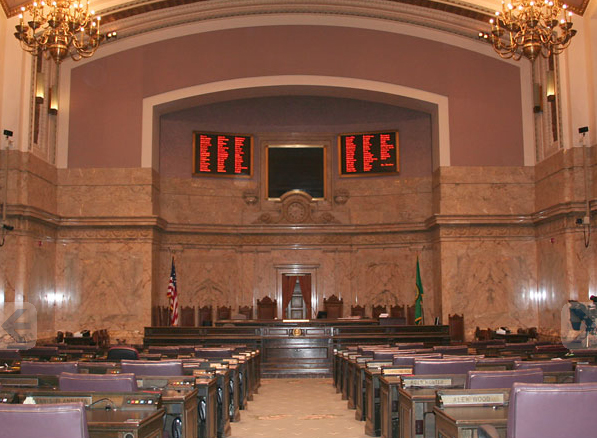 In a virtual news conference yesterday, top Republican legislators rolled out their proposal for a potential June special legislative session.

When the Legislature adjourned in mid-March the public-health crisis related to COVID-19 was still emerging. Now there’s an economic crisis and a budget crisis in addition to the ongoing public-health crisis. The Legislature can respond to this larger emergency in ways the governor can’t, and Senate and House Republicans believe that needs to happen in June before the new budget takes effect,” said Sen. John Braun in a statement.

Chief among the proposals are provisions related to long-term care (LTC) facilities. They include directing available warehouse personal protective equipment inventory to these facilities, prohibiting staff from working in more than one LTC facility and using stimulus funds to increase pay for those who previously worked at more than one facility.

Also central to the Republican plan is the nixing of three-percent state employee pay raises scheduled to take effect on July 1, the first day of the next fiscal year.

This element of the proposal is key to the Republican’s push to begin the session in June rather than late summer or early fall as others have indicated.

Answering a question surrounding how much new spending kicks in on July 1, Rep. Stokesbary estimated there could be as much as $1 billion in new policy level additions. The pay raises, according to Republicans, are an element of new spending that should be sacrificed.

If we are ‘all in this together’ in responding to this pandemic, the public sector – which is supported by revenue from the private sector – must share in this sacrifice. The Legislature should declare a ‘significant revenue shortfall’ that would trigger a re-opening of collective bargaining agreements. This would allow scheduled 3% raises for public employees (represented and nonrepresented) to be pulled back,” reads the proposal.

During the virtual conference, Rep. Stokesbary said that both parties understood that a special session is inevitable, but that the session should not be “a time to start grandstanding about political priorities that get trotted out every year.”

“Now is not the time to talk about a climate agenda or income tax code changes,” said Stokesbary.

According to the Northwest News Network’s reporting, the agenda for a June special session would likely be narrow but Democrats are discussing the potential for future “stimulus” spending, which could take the form of a transportation package or additional capital construction spending.

Democratic House Speaker Laurie Jinkins also said recently that from the perspective of her caucus, balancing the state budget with cuts alone would be “completely unacceptable.”

Jinkins has indicated she would support a June special session should a well-thought-out agenda be crafted in time.

The earlier you make reductions, potentially the smaller they can be because they accumulate over time,” Jinkins said.

As far as how how the session would work logistically, Minority Leader Wilcox said a few ideas under consideration, such as meetings conducted virtually or finding a venue larger than the capitol building where members could attend in-person while practicing social distancing.