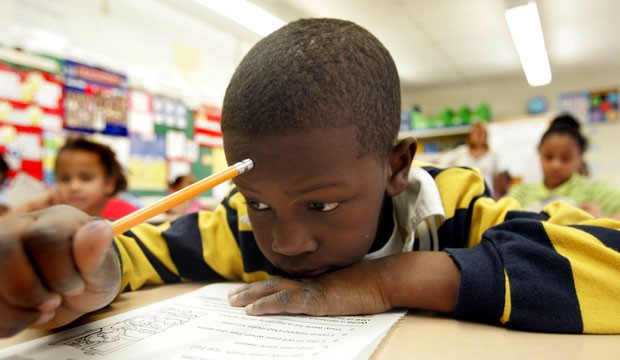 It’s been in the headlines for years. Washington’s K-12 education system has some serious problems, whether it’s disappointing graduation rates or disparate outcomes across lines of race and socioeconomic status.

Although the problems are widely acknowledged in Olympia, solutions are not coming to fruition and the problems are only worsening. There are several approaches to fixing education that are in play this session. Many of them have been in the works for years.

A Look at the Data

In general, Washington isn’t doing a stellar job of moving students through basic education or preparing them for whatever comes next. One in four students drop out before finishing high school, and over half of those that go on to post-secondary education are in need of remedial coursework.

A deeper dive into the data makes things look even worse. According to Education Week, Washington’s overall graduation rate is 76%, but for black and latino students, it’s 66%. Economically disadvantaged students lag behind as well, graduating at a rate of 65%.

It’s not just graduation rates that indicate grave inequity within Washington’s schools. Proficiency throughout grade school and middle school lags amongst economically disadvantaged students. During the past 12 years, the gap in achievement between poor students and others in Washington has widened more than in any other state. Between 2003 and 2015, low-income fourth- and eighth-graders lagged significantly on state tests, while nationally those gaps have narrowed.

When it comes to racial and ethnic groups, things aren’t much better. According to an organization called Stand for Children, by 4th grade, about 72% of all our students are reading at grade level, but only about 56% of Black and Hispanic students are reading at grade level. When it comes to math, by 8th grade only 31% of Black students and 37% of Hispanic students can do the math expected of an average 8th grader. That’s compared to 53% of all students.

This year there are several bills that take a stab at closing the many gaps in education. Some have more support than others, but all aim to improve outcomes and even the playing field.

The last part of Washington’s obligation under the McCleary court decision is to fix the problem of over-reliance on local levies for school funding. Local levies are increasingly being used to fill gaps left by inadequate state resources. Although local levies are intended to fund “enrichment programs,” they currently support basic education needs such as teacher salaries and textbooks.  Fixing the over-reliance on school levies will cost between 3 and 4 billion dollars.

There are two bills addressing levy dollars, one from the House and one from the Senate. The House bill closely mirrors the consensus from a bipartisan group that met over the summer and fall to work out a compromise on this issue. Both reflect the broad consensus that the fix cannot be accomplished in a short session before election season.

The House version states that funding equity issues will be resolved in 2017. It would also create the Education Funding Task Force and appropriate $500,000 for the Washington State Institute for Public Policy to contract for independent professional consulting services. These appropriations for research are in response to an apparent lack of data about the proportions of teacher salaries that are being paid by local levies that correspond to basic education, rather than enrichment.

The Senate’s original companion bill, on the other hand, delayed action until 2018. A recent substitute bill made drastic changes, including changing the deadline to match the House bill. But, it also requires school districts to provide separate accounting of state, federal, and local revenue expenditures and also separate accounting of basic education and non-basic education expenditures. It also asks the State Auditor to get involved.

On To the Opportunity Gap

Another education reform bill comes from Representative Sharon Tomiko Santos, D-Seattle. The bill she is sponsoring, House Bill 1541, seeks to implement recommended strategies from the Educational Opportunity Gap Oversight and Accountability Committee (EOAOGC) which was created in 2009 to create a plan based on five 2008 Achievement Gap Studies.

If passed, the bill would implement a wide range of strategies in K-12 schools, from disaggregating student data to reveal hidden trends amongst ethnic groups, to revising suspension rules.

House Republicans suggested that the bill be split up into various parts in order to have a better chance of passing. But, Representative Santos and Representative Lillian Ortiz-Self, D-Mukilteo, another sponsor and member of EOAOGC, are adamant that the bill be kept in tact. In an interview, Representative Ortiz-Self said, “The risk of failure is greater if you tear it apart.” This same bill was passed by the House three times last year, but never made it out of the the Senate’s Early Learning & K-12 Education Committee.

The issue of suspensions is also a sticking point. Representative Chad Magendanz, R-Issaquah,  submitted two separate amendments to HB 1541 on the issue of school discipline, which was addressed by the legislature in 2013. The 2013 bill, SB 5946, made school discipline data public and limited suspensions to one year. Some say it goes far enough, while others, like Representative Ortiz-Self say that one year suspensions basically guarantee dropout and disproportionately affect children of color.  Of all school suspensions in 2013-14, 78 percent were doled out to kids from low-income families, most of whom were students of color. “I’m a school counselor. You expel a kid for a year and the chance of them coming back and being successful is minute,” she said.

The fate of this bill might also be tied to charter schools. In addition to his amendment regarding school suspensions, Representative Magendanz also submitted an amendment adding language concerning public charter schools. Although his amendments were not accepted, it’s possible that Republicans in the Senate will attempt the same modifications or trade.

Senator Steve Litzow, R-Mercer Island, Chair of the Senate Early Learning and K-12 Education Committee, is championing charter schools this year with an effort to keep them publicly funded.

Washington currently has eight open charter schools serving about 1200 students following the 2012 passage of Initiative 1240, which allows up to 40 schools to be opened by state-approved non-profit organizations. In September, 2015, the state Supreme Court declared funding charter schools through the state general fund to be unconstitutional and denied a reconsideration request from state Attorney General Bob Ferguson.

Senate Bill 6194 classifies charters as public schools that are not “common schools.” It also directs their funding to come from the state’s Opportunity Pathways Account, which contains state lottery revenues not restricted to common schools.

From Litzow’s perspective, charter schools also do their part to address address inequity in Washington’s school system. “One of the greatest challenges facing our state is education inequality. We must continue to find innovative ways to ensure all children have access to a great education, one that prepares them to enter and succeed in college and compete for a good job,” he said in a press release on his website.

During testimony on SB 6194 at the start of the session, representatives from the Washington Charter Schools Association said that they are filling a gap left open by Washington’s education system. Aside from individualized learning in smaller environments, they report that about 70% of their students are students of color and that two-thirds qualify for free school lunch.

A widely circulated study from Stanford University’s Center For Research on Education Outcomes in 2009 states that “for students that are low income, charter schools had a larger and more positive effect than for similar students in traditional public schools. English Language Learner students also reported significantly better gains in charter schools.”

There is some argument over how to measure the success of charter schools, though. Many students enter these schools behind grade-level standards for reading and math. In this case, some say that the performance of students should be measured relative to where they were when they entered the school or in terms of their learning pace.

Washington’s charter school students have yet to take assessments, but the message from many of those who came to testify in favor of Litzow’s bill was “Give us a chance.”

Last But Not Least, CTE

The issue of Career and Technical Education (CTE) has gotten little attention this session. Senate Bill 6415, sponsored by Senator Christine Rolfes,D-Bainbridge Island, would increase funding for CTE by 19 million this year. “The state funding for CTE, what older generations know as ‘VocTech,’ was realigned in 2009 or 2010 but the state never caught up with what was supposed to be funded. We believe that the gap is about 19 million this year and 43 million every two years.”

Part of a national movement to revive hands-on learning and trade-based education, CTE is often overlooked as a modern answer to engaging students who either don’t respond to traditional learning environments or those who don’t see college in their future. Jene Jones, who leads Government Relations at the League of Education Voters put it succinctly, “Textbook based learning doesn’t work for all students.  This model engages students from all backgrounds and learning styles.” Senator Rolfes agrees. “There is general acceptance that offering CTE is really good for all students and a really good way of engaging students who don’t thrive in a traditional classroom setting.”

Jones also says that CTE programs positively impact education outcomes. Senator Rolfes agrees. She said, “There is general acceptance that offering CTE is really good for all students and a really good way of keeping students engaged who don’t thrive in a traditional classroom setting.”

These claims are substantiated by data from across the country that show a rise in graduation rates amongst CTE students. In Washington, students enrolled in a 2-year CTE program during high school have a higher graduation rate (91.4%) than the average high school graduate (77.4%).

Although SB 6415 is technically dead after being failing to pass out of committee and the House bill was not even given a public hearing, there is a chance that funding for CTE will be allocated in the supplemental budget. “The bills may be dead, but the will for expanding career based learning opportunities in high school is strong amongst both Republicans and Democrats in the House and Senate. The skills gap, un-filled well-paying jobs, the crisis impacts all our local economies and communities. We are very optimistic that money for these programs will be put in the 2016 supplemental budget,” said Jones.

What Now
It’s uncertain if any of these measures, aside from one of the McCleary-related bills, will pass. Although the other bills would likely benefit Washington residents, the major focus of lawmakers and the public is on McCleary as the 2018 deadline approaches.

Budgetary issues also contribute to uncertainty. There will likely be a tooth and nail fight over what, if any supplemental budget money can be expected this year now that savings and revenue have been eaten up by agency costs. Whether education comes out on top is anyone’s guess.