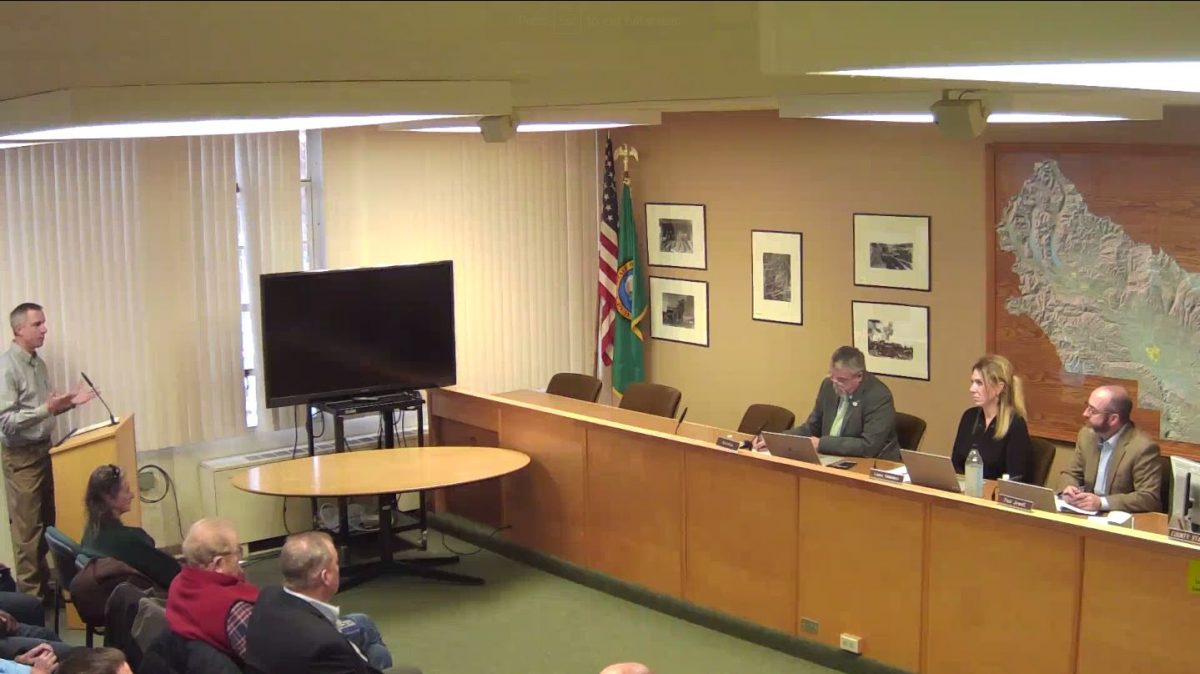 The Board of Kittitas County Commissioners yesterday changed County Code to allow for collective bargaining transparency following a public hearing.

The board adopted an ordinance requiring future negotiating sessions between Kittitas County and unions to be open to the public.

“This is a small but significant step for open government in this state,” said Matthew Hayward, outreach coordinator for the Olympia-based Freedom Foundation, which wrote the model ordinance on which the Kittitas legislation is based.

“The taxpayers have every right to see how their money is being spent,” he said, “particularly when the elected officials negotiating on their behalf may very well have accepted campaign contributions from the same unions they’re supposed to bargain against. That’s a clear conflict of interest, and the public deserves to know who its representatives are actually representing.”

“Contracts with union employees are the biggest-ticket item we have in this county,” said Commissioner Paul Jewell. “The taxpayers have a right to know what’s in them.”

“I’ve been told this will somehow weaken unions, but I don’t see it,” added Commissioner Obie O’Brien. “This is what’s in the best interests of the people of Kittitas County, and I’m going to support it.”

Sean Jefferies, President of the International Union of Operating Engineers Local 302, testified in opposition to the proposed ordinance:

“This transparency is bad public policy, if it’s even legal. We feel that it’s being pushed by the Freedom Foundation, which is an outside group not in Kittitas County. And the reasons we feel it is bad public policy are it shows lack of trust and disrespect to the county employees on both sides, whether it be the labor side or the management side. And we also, in my experience, had people in the negotiations over the years and the more people you get in to the room during the negotiations, the harder it can be to come up with a fair settlement and come to a consensus on an agreement, which is all of our goals whether you’re on the management side or the labor side.”