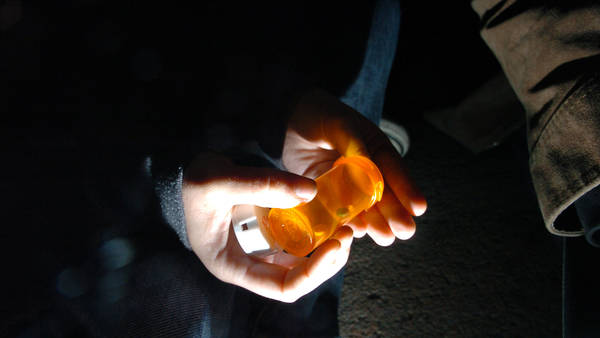 Overdoses are on the rise in Washington State, and could break another record this year as the powerful opioid fentanyl continues to work its way through the drug supply.

Of these deaths from 2021, 46% of them are linked to fentanyl. The increase in opioid deaths was also highest among American Indian/Alaska Natives, Hispanic/Latinx and Black people, and other groups already dealing with inequitable health outcomes. Deaths are also more prominent among young adults, with people under the age of 30 accounting for 55% of the deaths.

In addition, according to a recently released monthly opioid overdose surveillance report from the state, possible overdoses were higher this July than they have been since at least Nov. 2019 — the earliest month report data was available on the Department of Health’s website.

In July, there were 1,031 possible overdoses, defined by the number of times EMS first responders either used the opioid overdose-reversing drug Naloxone, or believed they were dealing with an opioid overdose. King County had the highest number of overdoses of any region, with 314 possible overdoses. It was followed by portions of eastern Washington, including Spokane, with 197.

Emalie Huriaux, STD, Adult Hepatitis and Syringe Service Program Manager for the Washington State Department of Health, said it isn’t entirely clear what’s behind the increase in overdoses. But she says there has been a change in the drug supply across Washington State. Fentanyl and analogues are increasingly common, particularly in pills that are made to look like prescription opioids printed with the label “M 30”, but which contain the much more powerful narcotic.

“I think there’s a number of factors, there’s probably additional factors, but I don’t think we can point to any one thing at this point,” Huriaux said.

Social distancing could also be playing into the increase, as a critical piece of overdose response is having someone else there to administer Naloxone if needed.

The number of Naloxone doses that have been administered also increased since July 2020, with a total of 403 doses given by EMS responders last month. That doesn’t account for doses given by other first responders like police officers or firefighters, or by the general public.

Washington State has been promoting Naloxone as a way to combat the opioid overdose epidemic. The Department of Health runs a training and distribution program for people who use drugs, and they began distributing Naloxone to community partners working to prevent overdoses in July 2019. Huriaux said between the program’s start, and June 2021, nearly 4,300 opioid overdoses were reversed using a Naloxone kit the state provided.

“Naloxone distribution saves lives, and prioritizing people who are most at risk… is a really critical piece of an overdose response,” Huriaux said. “So we’re really proud of that.”

Washington also has a standing order for Naloxone, allowing anyone to print off a prescription  online and get it filled at any pharmacy in the state. Huriaux said everyone should consider carrying two doses on them since it’s hard to know when they may come across someone overdosing, especially with fentanyl being so widespread.

“I think we’re at the point with the drug supply where that should be the assumption, and folks should act according to that assumption,” Huriaux said. “It’s predominant enough that it’s becoming the norm, and we want people to be clear-eyed about that, and aware.”

The Washington State Legislature passed SB 5380 in 2019, which outlined a statewide response to the opioid epidemic. This included the standing order prescription for Naloxone. The bill was approved by the house in a 96-2 vote, and cleared the Senate with a 47-0 vote.