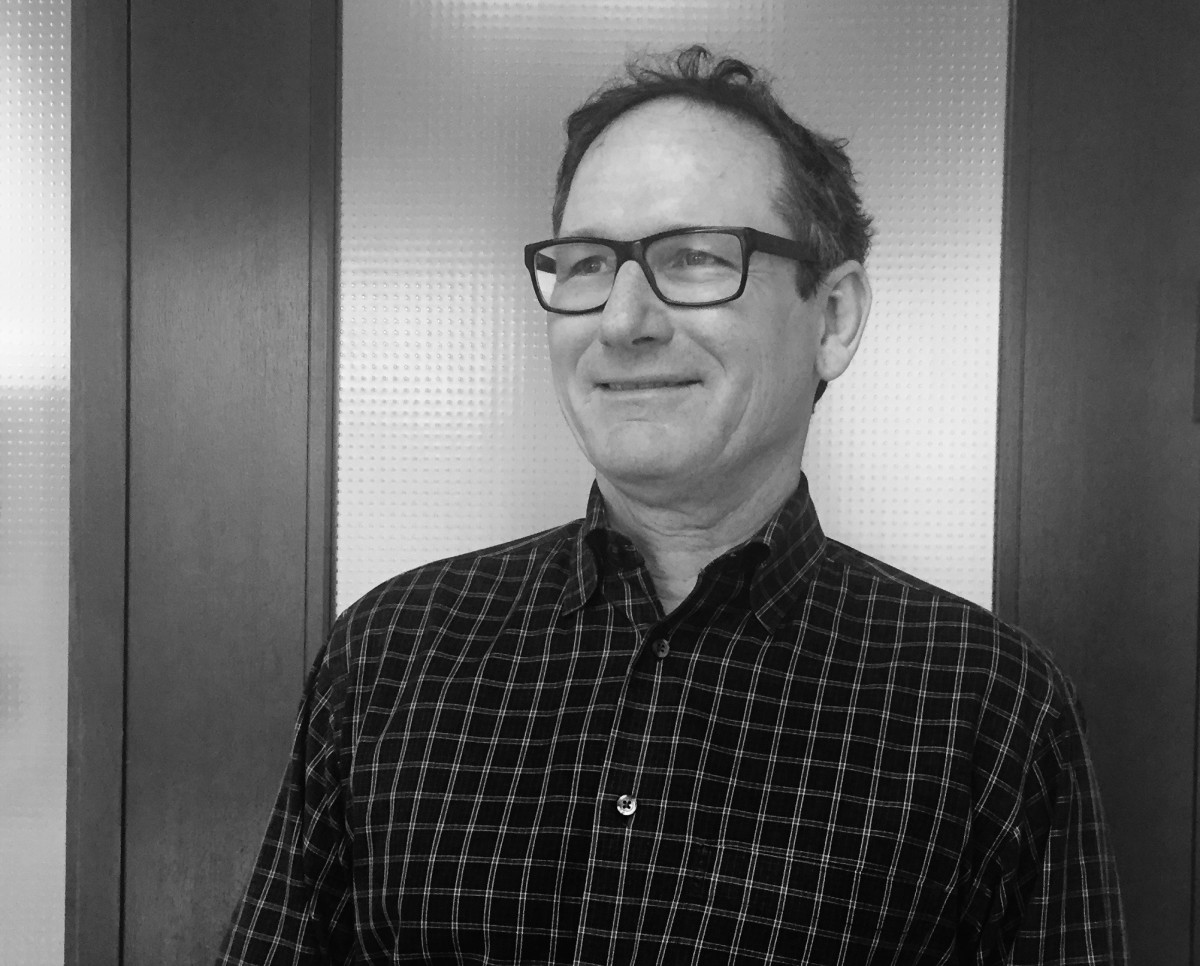 Whether caught in the middle of warring parties in Latin America, or trying to forge peace between disparate factions of Washington’s environmental community, Joe Ryan is accustomed to schismatic political issues. What is truly remarkable is that he neither backs down from his principles nor villainizes his opponents.  And, he has some candid perspectives on the environmental movement in Washington State and the importance of 2016.

Although he’s not one to boast, Joe Ryan has a lengthy and fascinating history of working to find solutions to seemingly impossible political situations. In the 1980s, he worked alongside Brooklyn Rivera and Armstrong Wiggins, leaders in the Miskito people’s quest to retain land rights during the Nicaraguan Revolution. Caught between the U.S.-backed Contra and the Soviet Union-backed Sandinistas, Ryan describes them as moderates: “They were centrists, if you will.” After a long and dubious negotiation process, the Miskito people returned to their land after years in exile, retaining their rights.

As a long time leader in Washington’s environmental community, Joe Ryan brings fervor for centrism or, in his words, “bipartisanship” into his current work. He currently serves as the Co-Chair of Carbon Washington, the organization pushing for a revenue neutral carbon tax in Washington State.

For Ryan, the middle-of the-road approach is the best way forward. His political ethos is a true rarity and one that he is eager to share. “I believe, and what I see in the world, is that people of diverse ideologies have truth to contribute. To exclude or scapegoat or demonize, frame them as scapegoats or enemies, you’re really losing part of the truth. And so it’s important to get the full truth,” he said.

Perhaps it’s his dedication to finding the whole truth that allows him to be so candid about some of the potential realities of a carbon tax often avoided by proponents of pricing carbon. Looking heavy-hearted, he admitted that there will likely be job losses in certain industries, coupled with gains in others. Without hesitation, he also said this: “Carbon taxes are regressive in terms of disproportionately impacting low income people. Our state tax system is already regressive so to make it more regressive is a concern for Carbon WA.” Lowering the sales tax, he says, reduces the overall regressiveness of Washington’s tax code.

Admitting that carbon reduction is a tough issue, he said, “It’s not clear how we’re going to help the people who rely on carbon emissions for their livelihoods and what the just transition is. People’s livelihoods and their childrens’ wellbeing are on the line.” But he remains steadfast in his conviction to move the needle on carbon reduction this year. “We have a moral responsibility to our children and future generations to protect them. That means tackling climate change now, and leaving them a cleaner, healthier, safer world.”

Ryan’s commitment to bridging the gap between opposing ideologies, combined with his sense of moral obligation, drives him in his push for a revenue neutral carbon tax. “To find a durable solution that other jurisdictions will find attractive, it needs to be something that has the potential to be bipartisan. One of the biggest divides in our states is over taxes. As soon as a proposal comes in that increases revenue, it’s taking a side in the left-right debate, not only in our state but across the country. And so, we don’t feel like a purely progressive solution is as viable. We think a tax increase is excess political baggage, “ he said. Modeled after British Columbia’s carbon tax, the initiative takes a politically feasible approach of taxing carbon while also reducing the sales tax by 1 point, essentially eliminating the B&O tax on manufacturing, and providing a tax credit for low-income households.

To illustrate his point, he rattled off a list of recent elections in which the Washington Conservation Voters (WCV) endorsed Democratic candidates in local elections, despite the fact that their Republican opponents had strong track records supporting environmental policy. One example, something that Ryan characterized as “big mistake politically,” happened in the 2014 Senate race in Washington’s 30th District. The WCV did not endorse Republican candidate Mark Miloscia (running against Sherry Song) even though he had a favorable track record on environmental policy. “The environmental community endorsed Sherry Song even though she had no track record… because she was a Democrat and because they wanted the Democratic majority,” he said.

Yet despite this degree of sophistication, fragmentation within the environmental community has the potential to stymie carbon reduction in Washington. The rift that exists between the Alliance for Jobs and Clean Energy and Carbon Washington is no secret. The Alliance favors a revenue positive policy and claim that I-732 has little chance of passing. It’s a division that pains Ryan and one that he hopes to heal.

Ryan described the breakdown in relations between the two groups after mediated talks failed to result in an agreement ahead of I-732’s filing. After briefly rummaging through his briefcase he pulled out a torn quarter sheet of paper with six numbered sentences printed on it. “This was my best thinking the day after” he said. “After we failed to reach an agreement I sent this message to people who had participated in the talks, who were supportive of the talks, and who cared about the result.”

Among explanations for a failing to reach an agreement was a lack of trust. Trust was broken after the Alliance’s political consultant disseminated talking points to Alliance members essentially saying that Carbon WA was “being used by dirty energy interests to deprive Washington of a clean energy future.” Ryan continued, “It was dishonest and it was sneaky.”

In addition to the damaged relationship, a last minute counter offer by the Alliance increased concerns that Carbon WA had about whether a ballot measure would come to fruition in 2016.

“We’d been afraid all along that if we didn’t go forward nothing would happen… and so with the elongated timeline proposed for even filing something and the changes to the campaign structure, it increased our concern that nothing would ever happen unless we turned in our signatures,” he said.

2016 is a critical year, Ryan explained. “The voter demographics are more favorable to us because in presidential elections more young voters are turning out and young people are more concerned about carbon.”

With I-732 on the November ballot, Carbon WA will mount a statewide campaign. Polling indicates that a slight majority are in favor of a revenue neutral carbon tax. A poll conducted by G Squared Strategies found that nearly 54 percent support a carbon tax if it is offset by lower sales taxes and lower taxes on business. The G Squared Strategies survey also found 51 percent of voters backed a California-style cap and trade system.

When asked about the chances of passing I-732 by a vote, Ryan said, “Any kind of carbon pricing measure is going to be difficult, regardless of the format. We recently did a survey in collaboration with the Nature Conservancy. They poll the ballot title. Then they poll it after the con arguments and after the pro arguments, and after all the pros and cons are said, we’re ahead 48 percent to 47 percent with the rest are undecided… so it’s difficult but we are slightly ahead.”

Anticipating the difficulty of the upcoming campaign means fundraising. When asked if Carbon WA will be receiving large contributions for the I-732 campaign, Ryan said, “I don’t like big money in politics. It feels disempowering to those of us who don’t have it, but chances are in something like this there’s going to be big money on both sides… There are billionaires around the country who are on record of loving our policy and we would like them to show that love in a monetary fashion”

To be fair, Ryan also said that Carbon WA’s signature gathering campaign, which was funded completely by grassroots contributions, cost less than “less than half of what it ordinarily would cost.” He credits the campaign’s co-directors,Duncan Clausen and Kyle Murphy, for their innovation. They will also lead the campaign if I-732 fails to pass the legislature, and Ryan thinks that it’s “probably going to cost quite a bit less than what most of these campaigns normally cost”

Although he wasn’t able to say where Carbon WA’s campaign efforts will be concentrated, he said that the group does have voter opinion research telling them where undecided voters are in the state.

Despite the possibility of a tough campaign ahead, Ryan is focused on the 2016 Legislative session.

Carbon Washington hired lobbyist Ron Main to push for the adoption of I-732 through the legislature. But that doesn’t mean that he’s not amenable to other carbon reduction bills that might surface this session. To support a carbon reduction bill, Ryan said, “it would have to be a major step forward to reducing carbon pollution… exactly how that would happen, we don’t know. We are very eager to be part of any conversations about putting a price on carbon any which way it can happen.”

When asked if there is a possibility that Carbon Washington would support a carbon reduction bill that isn’t revenue neutral, he firmly answered “Yes.”

“We’re flexible.” he said enthusiastically, stressing that he favors passing legislation and has faith that Representative Fitzgibbon and Senator Ericksen (chairs of the environmental committees in each house) would pass something that would be good for the environment.

Ultimately, the groups have very different cultures he says. “Carbon Washington is a grassroots organization that is focused on a single issue which is to bring a revenue neutral carbon tax to Washington State. So we took an idea we believed in and got support for this idea.”

Conversely, he opines that the Alliance is less policy-centric. He said, “I think the Alliance for Jobs and Clean Energy is an effort to bring together as much political power as possible…to bring together communities of color, the environmental community, the labor community, and as many businesses as possible. And so they’re thought was ‘Let’s bring together this coalition. Once we have the coalition in place, then we will figure out what policy this coalition will drive and they’ve never agreed on a policy. They still don’t have one.”

Although Ryan seems adamant that the Alliance will not have an initiative on the ballot in 2016 (it would be mutually disadvantageous, increasing the likelihood that neither would pass), he is less sure about whether they’ll throw their weight behind I-732. “I think they’ll end up supporting us. I hope they do,” he said.

Harkening back to his time as the executive director of WashPIRG following the The Three Mile Island accident in 1979, he recalled the moment that he and his fellow campaigners abandoned the initiative they were campaigning for in order to put the full force of the environmental movement behind another initiative. It’s clear that this type of unity is Ryan’s ultimate goal, one that he will continue to strive for long after I-732 plays out both as a proponent of carbon reduction and an advocate for reaching across the aisle.