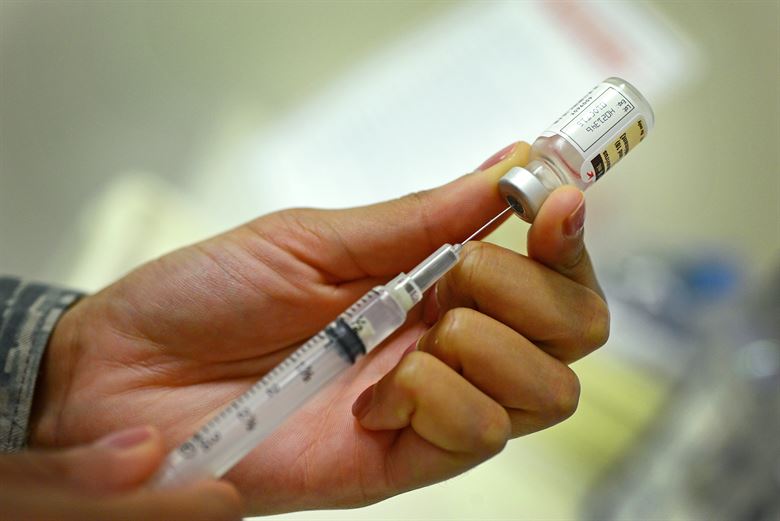 Jim Boldt, President of Duckabush Communications/Public Affairs, wrote the following commentary on the Department of Health, Board of Health meeting regarding the implementation of the new law limiting MMR vaccine exemptions.

The State Board of Health Meeting: Vaccination of Children

I watched the Department of Health, Board of Health meeting where they adopted their torturous rule (CR-103) regarding implementation of the new law denying parents/guardians the right to avoid vaccinating their children due to personal or philosophical beliefs. If there ever was a meeting that was hard wired for agenda acceptance, it was this one. To their credit, the department and staff had done their homework. I mean, you don’t wade into vaccination issues without preparation. This is the intersection of children, parents, education and a physical, intrusive, invasive injection of chemicals into children’s bodies. When you step back from it, let the dust settle, it’s simple. If we, as a society, are going to regulate education of our children in a healthy communal environment (public and private (BTW) schools), should we require that the attendees be vaccinated lest we create a playground for Rubeola virus, (measles-mumps-rubella (MMR))? The legislature, led by Paul Harris, said yes, vax them.

But is it ever simple in the education world? Representative Paul Harris made his decision last January. Harris represents an area that experienced seventy-some cases of measles swamping through the local schools and that was enough. His bill, HB 1638 ripped the personal/philosophical exemption from vaccination right out of the books. Gone. So all that’s left is for our parents/guardians to claim that they have a “religious” objection to vaccinations or the declaration from a healthcare provider that the child’s medical history includes an episode which most likely created an immunity for MMR. So, left standing is this declaration from a doctor, or a religious concern.

Only a remnant of what is commonly and I believe derogatorily referred to as “anti-vaxxers” remained. A lone voice at the hearing. A lot of professionals and enlightened folks snicker and lump these concerned parents with the black-helicopter crowd. Anti-vaxxers have actually shared some concerning inquires during the debate they lost. An articulate woman, concerned mostly about the content, the chemicals and any metals in the vax, made one last pleading for the department to study the impact of the serum on children. Sorry, ma’am, no more personal objection.

Is Your Religion “Real”?

Which leads us to the religious exemption, which now will be the go-to or global exemption claimed by anyone who objects to vaxxing. Understand that a religious exemption has always been on the books. But the removal of the personal or philosophical exemption is putting pressure on religion as a default, vax avoidance box to check. (Isn’t religion philosophical? Anyway.) Imagine, all the anti-vaxxers get together and decide they will just claim they have a “religious” concern and thus request an exemption.

So, now come the Catholics. Although not the only private school group in the state, the man (let’s leave it anonymous) who testified on behalf of the “religion” and its schools claimed to represent tens of thousands of children in the Catholic education system. His testimony was interesting. He actually warned the board that the religious exemption will be abused. To bring more drama to this injection stew, he suggested the state set up a program to verify a person’s religious sincerity. Yes, he asked that the State Department of Health, and the Board of Health, look at implementing a process where a person’s claim to exemption from vaccination, due to “religious beliefs,” could be verified. Going further, the suggestion included not just a verification of the person’s church membership, but research validating the theology or tenants of the religion that restricted vaccination. Does the alleged church or religion actually have an objection to vaccines? He did not ask for a scripture reference, thank God.

It took the Department’s Assistant AG about four nano-seconds to respond that the state does not want to get into the job of being the religion police. Really? Can you imagine? Although the church had a legitimate concern, the solution is troublesome and shows what happens when a well intended legislature rushes to solve a problem.

Another glaring hole in the state vaccination policy is the record keeping and enforcement. First, districts evidently do not share vaccination information with each other. There is no common database. District A does not know if district B verified a student’s vaccinations if and when they moved into district A. Also, it seems that school nurses are generally responsible for the vaccination records and again there is no common process or database. Are we turning the nurses into the “vax police”?

So, thank you legislature for inadvertently creating a rush to religious attendance in our state, and thank you nurses for not crying out too loudly as you get slipped in as the “vax police,” and thank you Assistant AG for quickly warning that there is an endless entanglement if state government starts making judgments about the validity and tenants of a citizen’s religion.

It is highly likely that the legislature will be asked to clean up this alleged solution to student vaccination. Get ready for cries for more money as schools realize they have to have a common database, the information is personal and probably in the HIPAA domain, and a program like this is touchy. Election year considerations of forced injections of children will make for good drama. In the meantime, measles move on. Right church, wrong pew.