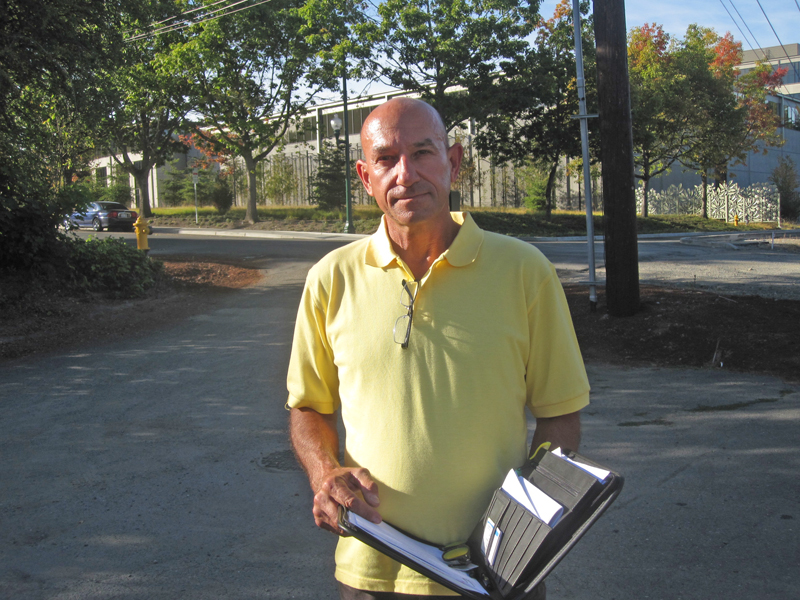 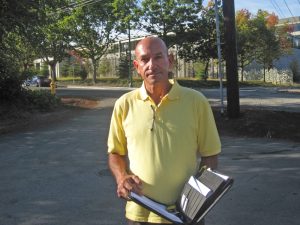 Dennis Redmon, the 29-year employee at the Department of Revenue who filed the complaint.

OLYMPIA, Oct. 8.—A major political player in Washington state got a big favor from the state Department of Revenue, an insider alleges, when the state tax agency botched a $2 million assessment on his private plane.

The clock ran out on the tax bill, which had to be delivered by the end of last year. It wasn’t until after the statute of limitations had expired that the agency decided that the airplane was taxable, according to Dennis Redmon, a 29-year employee of the agency. Redmon is going public with a whistleblower complaint he has filed with the state auditor’s office, calling it a flagrant example of what has become a routine occurrence at the agency in the last three years. The tax compliance officer says as much as $35 million in taxes have been excused for taxpayers with pull at a time when the state is reeling from the worst budget trouble since the Great Depression.

“During the worst of the budget crisis, we have been giving special treatment to well-connected taxpayers who can afford to pay,” he says.

At the very least, the charge is sure to trigger a guessing game as to the identity of the jet-setting political contributor – not to mention the officials who allegedly made the decisions. Because of restrictions under state law, Redmon cannot reveal the taxpayer’s name publicly. But Washington State Wire has spoken with a second Department of Revenue employee with direct knowledge of the airplane-taxation case who confirms the basic details.

Redmon acknowledges he may face consequences for revealing that he has filed a complaint. But he says he and many of his fellow employees have had enough. He said they “know that this is corrupt, but they are saying that there is nothing to be done about it; there is nothing that is going to change. I do not believe that. I believe this can change. But somebody has got to be willing to step forward and take a beating over it.”

It is the second such whistleblower complaint Redmon has filed against the agency in the last year. “There’s no money, no glory in this for me,” he said. “I just want to see this cleaned up.”

Official sources aren’t much help in pinning down the story. For one thing, when a whistleblower files a complaint with the state auditor’s office, the name of the complainant and the substance of the charges are kept confidential, said spokeswoman Mindy Chambers. The anonymity is designed to protect those who come forward with allegations of government misconduct. It is up to the auditor’s office to decide whether to investigate. She confirmed there are two outstanding complaints involving the Department of Revenue.

Meanwhile, the Department of Revenue is bound by taxpayer-confidentiality rules – meaning that it can’t comment on a particular case, and public records act requests are pointless. Revenue spokesman Mike Gowrylow said the agency has not been notified that a complaint has been filed. “Once that happens, we are going to cooperate fully with them and get to the bottom of this. It is certainly not our policy to do what you are describing happening – that is not the way we do business. We make decisions based on the statutes and the individual circumstances of the taxpayer. We do not fail to impose taxes for political considerations. We are not aware of any instances of that.”

Gowrylow points out that if an assessment was blocked, department managers may have had a legitimate reason for doing so.

Running Out the Clock

Based on what Redmon can reveal, however, it does sound like a mighty curious case. He says it involves a prominent player in Washington politics whose name would likely be familiar to those active in public affairs, a prominent contributor to Democratic candidates and progressive political causes. “This person is a very strong advocate for raising taxes, for an income tax on the rich, for the rich not paying their fair share,” he said. “This person got caught with their pants down, with a very nice aircraft. It is acknowledged by all parties, including his tax advocates, that he owes the money. But he can buy his way out of it because he has paid enough money to politicians in Washington state. And that is about as nasty a fact pattern as it gets.”

Redmon says the man’s company purchased the airplane in another state in 2007, meaning that a “use tax” was due, equivalent to the state sales tax. But the tax was never paid. A tax compliance officer in the agency’s Yakima office caught the problem and prepared an assessment in January 2011. The amount was in excess of $2 million, covering both taxes and penalties.

But before the tax bill could be delivered, the complaint alleges that the agency’s Compliance Management Team in Tumwater told the field office that the matter was being put on hold. According to the complaint, the Yakima office was told the hold was placed “due to political considerations.”

It turned out to be an unusually long hold, Redmon says. The Yakima staff warned managers repeatedly that they had to deliver the tax bill by Dec. 31, 2011 or the statute of limitations would run out, he says. But the day came and went without a decision. Finally, sometime around Jan. 16 of this year, the Yakima office was told that there were no problems or issues with the tax bill, and the assessment could be delivered. But it was a bit late for that.

Redmon’s complaint says, “The only apparent reason for the hold was the political influence of the individual who controls the entity being assessed. The assessment was based on actual figures, clear facts, and other than the influence of the individual controlling the entity being taxed [, DOR] offered no reason for cancellation. DOR is an executive branch agency, under the control of the governor. While DOR is an administrative agency charged with assessing and collecting taxes to fund critical public services in a fair and efficient manner, exempt managers serve at the director’s pleasure, and the director is appointed and removable at the governor’s pleasure. Other Compliance Management Team members involved in this improper government action are in WMS [Washington Management Service] and are subject to pressure to follow directions or damage their careers.”

Redmon’s complaint names several top Department of Revenue managers who “may have directed or known of or influenced the improper governmental action.” Ultimately the buck stops with Suzan DelBene, who was appointed to the directorship on Nov. 30, 2010, and who served in that position until Jan. 13 of this year. But the complaint says the actual decision-makers in the case are unknown.

Part of a Pattern?

Lest anyone think that the involvement of the Yakima office in the case offers a way to identify the taxpayer, Redmon points out that tax compliance officers range the state and they are not limited to cases in their immediate vicinity. He offers one clue – the airplane is not housed in Yakima, he says – but that leaves numerous airstrips across the state. And because the description might apply to more than one taxpayer, Redmon doesn’t think he is breaking the confidentiality law by going public. He provided the name in supporting documents provided to the auditor’s office, as is proper, but they are not included in the copy of the complaint he provided to Washington State Wire.

Redmon says he certainly doesn’t think it is a $2 million goof — the repeated calls from the Yakima office show that central agency staff had plenty of warning. After Jan. 1, when it was too late, he says DOR still had one option. It could assess a “use tax” in compensation for the annual lease value of the airplane, an approach that would capture far less money but still might net the state a few bucks. He says compliance agents have suggested that approach, but DOR has placed a hold on that assessment as well. “This is a direct favor to a politically influential person, where the state is in a budget crisis, the state has lost $2 million bucks plus, and if that wasn’t good enough, they are going to block assessing even the crumbs around the edges that are still assessable,” he said.

Redmon says it is part of a pattern that has emerged in recent years in which well-connected taxpayers have seen tax bills reduced significantly or even eliminated outright without proper legal justification. His complaint last year, which has yet to be resolved, concerned a case in which a $10.8 million business tax liability was waived despite a written opinion from the department’s Interpretations and Tax Advice staff that the activity was taxable. The settlement ran counter to department policy regarding settlements, which are offered when there is uncertainty about liability or legal authority, when there is a concern about fairness, or when there is hardship or an inability to pay. In his complaint Redmon alleged a conflict of interest on the part of the DOR manager who signed off on the case. His complaint says, “The taxpayer was represented in part by a former department auditor, and by a politically well-connected law firm or accounting firm, which is common to other cases of questionable or clearly improper removal of state receivables under [the manager’s] direction.” The manager has since retired and has taken a job with one of the state’s heavy-hitting accounting firms, Redmon said, a violation of the department’s ethics guidelines.

In all there have been a half-dozen other recent big-money cases that have raised similar issues, Redmon said. One case involved a $15 million assessment “that just went away.”

Redmon says, “Some of these are just major, major corporations that have a lot of pull. …It is just a laundry list of stuff that has never happened before.”

Up until a few years ago, the department prided itself on its integrity and its even-handed application of tax law. But these days Redmon says it’s all about who you know. “We’ve gone a good three years now where it is not just an appearance of a conflict of interest, we are doing things that we know are being done for improper reasons of political influence. We are making money go away. And we are doing it in the middle of a budget crisis.”