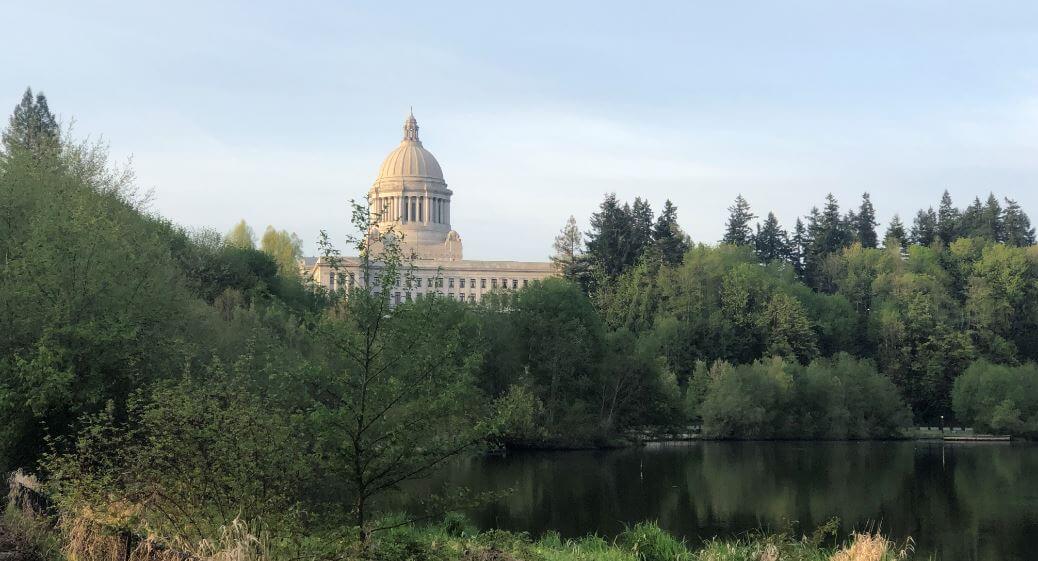 As the Washington Legislature convenes, kicking off the year of government and politics in earnest, I want to take this opportunity to introduce myself as the new editor and publisher of the Washington State Wire.

(Some of you already know this, either from the announcement at Re-Wire last month or D.J. Wilson’s subsequent post on the subject. But now that the deal’s actually done and I’ve got the keys to the site, it’s time for a proper introduction and outline of my plan for the Wire going forward.)

Since September of 2020, I’ve been writing The Washington Observer, a Substack newsletter that tracks politics, government, and the influence thereof. I launched the Observer as an experiment in reader-supported journalism, and I’m happy to report that its audience is growing swiftly, with a gratifyingly large number of readers choosing to support the work with their hard-earned cash.

The opportunity to acquire the Wire was a chance to throw some big logs on that briskly burning little fire, and to really prove the case that a news organization dedicated to smart coverage of state politics and government can be viable and self-sustaining.

My qualifications to do this work: From 1990 until 2011, I worked as a reporter and editor for The Associated Press, mostly in the Pacific Northwest. In the early 2000s, I was AP’s correspondent in Olympia. From 2004 until 2011, I ran the AP’s coverage of Washington from Seattle.

Then I did what journalists call Going to the Dark Side. From 2011 until late in 2019 I was a strategic communications operative, helping clients deal with my former sisters and brothers in news. The first year of the Observer is my argument that I’m one of the few to ever cross that bridge in the other direction, bringing back a unique understanding of how things work.

In some ways, the Wire was a dozen years ahead of its time. When it was founded in 2009 in response to the hollowing out of the Olympia press corps, a lot of people in and around journalism looked askance. Two of its founders were active lobbyists. Was it really independent, or beholden to their clients and interests? Eyebrows raised in different ways when D.J.’s State of Reform bought it in 2015.

State of Reform itself was a newish paradigm of journalism, with news sites on health care policy driving attendance at conferences on that topic, which in turn paid for the journalism. D.J. applied the same formula to the Wire and hired a series of smart young journalists to write for it. The Wire’s reputation and its audience grew. The conference model has since been widely adopted by mainstream news organizations as a way to offset drastic losses in advertising and other revenue.

So when the sale of State of Reform created an opportunity for the Observer to acquire the Wire, I saw a chance to reach some long-term growth goals much more quickly. I saw a near future with other seasoned journalists joining me as partners, with promising rookies jumping on board for a chance to make their names doing consequential work.

Realizing that dream is going to require your support. Journalism isn’t free; readers who don’t pay for their news are not customers but product. I’ve had a chance to scroll through the list of folks who subscribe to the Morning Wire, and I can tell you that you’re all in excellent company. Many of you don’t get along, but I think you all agree that smart, informed coverage of public affairs is essential.

But I’m not asking you to suddenly pay up for something you’ve been getting for free. I’m offering something new. Check out the edition of The Sunday Observer currently posted on the Wire’s home page. Then take a spin through the Observer’s archive. If you want to support the work of the Wire and the Observer going forward, go ahead and hit the “subscribe” button.

Alternatively, you can support the Wire directly from its website. The Morning Wire will continue to appear in your inbox for free for the time being.

Those of you interested in advertising in the Morning Wire or the Wire’s website should reach out to me at paul@washingtonstatewire.com

In the days, weeks, and months ahead you can expect the straightforward news coverage of the Legislature and other areas of state government and that have defined the Wire for years, along with the deeper dives into politics, campaign finance, and influence that I’ve been doing at the Observer.

I’ll close with a light edit of the manifesto I wrote to launch the Observer, a mission statement I’m bringing with me to the Wire.

Every year, millions of dollars get spent to influence elections that most voters in Washington State barely pay attention to. Most of that money comes from vested interests — including corporations, unions, business associations, Native American tribes, and wealthy philanthropists. Through various — and mostly legal — methods, that money finds its way around Washington’s generally strict campaign restrictions to target competitive races and influence balances of power.

After all the mail-in ballots are counted sometime in mid-November, those same monied interests quietly start collecting on their investments, spending even more millions of dollars to influence how the politicians they’ve just helped elect will act. That influence, that money, from before and after the election, will have subtle and not-so-subtle effects on how elected officials behave, what they prioritize, what they actually eventually do.

Down the road, the people of Washington will feel some subtle and not-so-subtle effects from all that money and influence. Their taxes will be lower or higher. Government services will be more or less available to them. Various goods and services will be cheaper or more expensive. Their kids’ schools will be a little better, or a little worse. The roads will be better or worse, more or less congested. The air will be cleaner or dirtier. Folks will be healthier or less healthy. It’ll be easier or harder to find jobs or affordable places to live.

I’m here to shed a little light on how all this works.

Thanks for your attention. And welcome to the next chapter of the Wire.

Paul Queary is editor and publisher of the Wire and its sister publication, The Washington Observer. He can be reached at paul@washingtonstatewire.com or 206.334.1483.