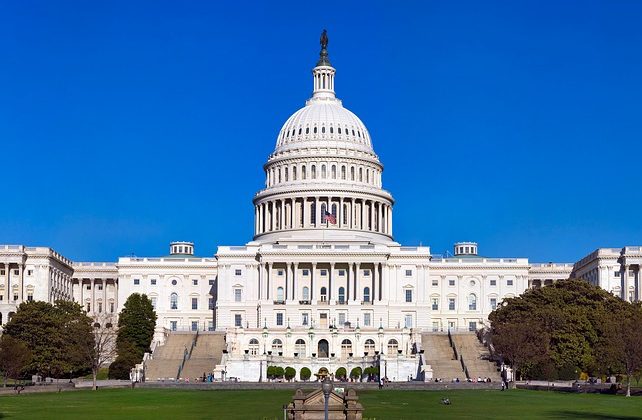 Intraparty divisions on display ahead of infrastructure vote tomorrow

Two Washington State Representatives could both bring down the $1 trillion infrastructure bill, and the $3.5 trillion Build Back Better plan, but from wings of the Democratic party.

Rep. Pramila Jayapal (D-7th CD) is the leader of the Congressional Progressive Caucus, and has consistently stated in recent months that she will not vote to pass a smaller $1 trillion infrastructure package that cleared the Senate last week, unless the larger Build Back Better package is also approved.

She’s not alone, as a majority of the Congressional Progressive Caucus has said they will similarly not vote to support the smaller package unless both pass. Democrats have a narrow lead in the House, with 220 blue seats to 212 Republicans.

From the moderate wing of the Democratic party, Rep. Suzan DelBene (D-1st CD), chair of the moderate New Democrat Coalition, last week declined to outright say she would vote to approve Build Back Better, although she said she supported the plan. This prompted the Progressive Change Campaign Committee to launch a public pressure effort, urging voters in her district to reach out to DelBene’s office and urge the Congressmember to vote for the plan.

However, a spokesperson for Rep. DelBene that she would vote for the $3.5 trillion House bill on the floor:

The House is set to vote on the Infrastructure Bill tomorrow, and Republicans and business groups are busy trying to convince their side’s lawmakers to vote for the bill too, after the Senate overwhelmingly approved it last week in a bipartisan push.

But for Democrats, the bills highlight a rift between the party’s more progressive wing and moderates. It’s a rift that has been growing since 2016, and arguably since Occupy Wall Street a decade ago. We’ll have to wait until tomorrow’s vote to see how that tension will play out.

In local politics, it’s a division that was most clearly illustrated in last November’s elections in the 5th Legislative District as incumbent centrist Sen. Mark Mullet defended his seat against progressive challenger Ingrid Anderson. After a hand recount, Mullet won the seat with only 58 votes.

Significant changes to the 1st Congressional District, represented by DelBene, have been proposed by all four of the state’s Redistricting Commission members. While all four keep the city of Bothell in the district, beyond that the proposals vary from shrinking the district to focus on more liberal Lynnwood and Bothell, to expanding it to include the more conservative Kittitas and Chelan counties.