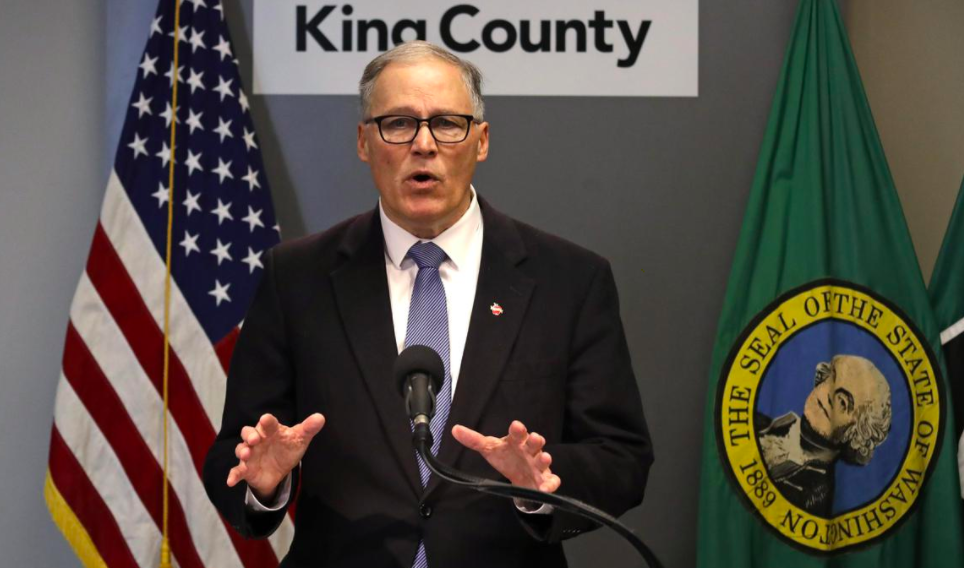 Since the Legislature approved the supplemental budget and concluded session in mid-March, circumstances have changed considerably as it relates to the COVID-19 pandemic.

Under normal circumstances, I would not veto bills that are good policy and smart investments over time. But simply put, these are not normal times and we cannot sleepwalk our way through this fiscal crisis that the state of Washington will be in in the months, and perhaps years to come,” said Inslee.

Conferring with legislative leaders, the Governor said there was widespread agreement that the state must take action to prepare for the loss of revenue brought about by the pandemic.

Due to the stark revenue shortfalls anticipated, Inslee asked his budget staff to “scrub the budget” to identify areas where savings could be obtained.

The underlying risk necessitating the cuts is the possibility of the state burning through its $3 billion rainy day fund, said Inslee.

In total, Inslee vetoed 147 new spending items today when signing the supplemental operating budget. He pointed out that all of the items he vetoed were for new funding measures. No current levels of spending from previous budgets have been cut, as of now.

The vetoes will reduce state spending by about $445 million from the general fund over the next three years. Broken down, $235 million in spending was reduced from the current budget and $210 million in the next biennium.

Reaching nearly every area of the budget, the vetoes range in size from a few thousand dollars in some areas, to tens of millions in others.

Inslee singled out two vetoes in particular that he said were disappointing to make.

These investments are incredibly important and will be back in months and years ahead. Our work is not done, but this budget prepares us for those days in a way that is fiscally responsible. It helps us remain good stewards of the tax payer resources and the public’s faith as we go through these hard times that we are going to be with them all the way.”

Inslee said this downturn in revenues is unprecedented, particularly in terms of its rapidity.

For the week ending on March 28, seven times as many unemployment claims were filed than at the peak of the Great Recession.

Sounding off on what the federal response should be to further help states to mitigate the sharp decline in revenue, Inslee offered both short and long-term suggestions.

In the short-term, Inslee applauded Congress’s expansion of unemployment compensation, small business loans, and other programs.

In planning for the future, Inslee said the federal government should look to the past.

The federal government tried a lot of things to get us out of the Great Depression. A whole bunch of alphabet soup agencies were started. But the only thing that got us out of that ditch was massive investment associated with World War II. Only when the community decided to face a mortal threat with a huge investment in public resources did we create the demand we needed to start a healthy economy…I think we need the same thing right now, which is massive investment to drive new jobs and drive new wealth creation,” said Inslee.

As far as where the investment should go, Inslee favors transportation and energy projects. On the transportation front, this would mean replacing things like outdated bridges and roads, as well as building high capacity transit systems.

For the second category, Inslee underscored the need to rebuild a “19th century energy system.” This would involve transitioning away from fossil fuels.

We’ve sort of just been plugging the holes in the boat here. Unemployment compensation, small business loans; these are good things, necessary things, the anxiety families feel about keeping their families together is huge. But that’s not enough, we have to create whole new demand for goods and services and infrastructure.”