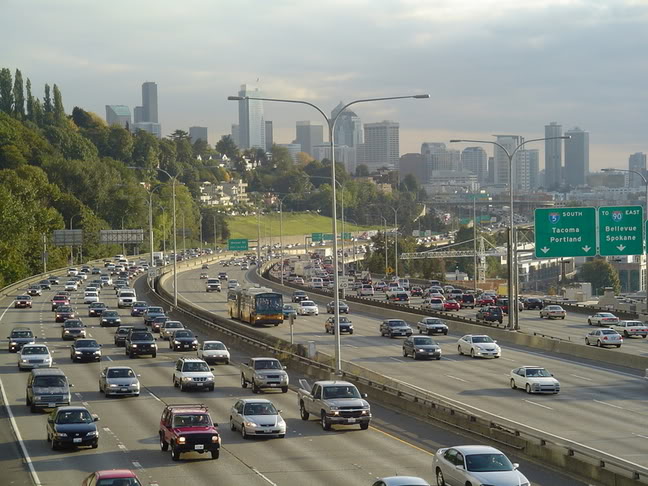 Holding his finger to the political winds, Gov. Jay Inslee, it seems, has determined Washington state voters have little appetite for an increase in the gas tax to fund transportation, and yet the state has billions of dollars in unfunded projects to ease traffic congestion, fix bridges, and a host of other needs.

His solution, revealed Tuesday, is to rely on a carbon-emissions program to generate $400 million annually — $4.8 billion total — and use a mixture of bond financing and fees to drum up $12 billion over 12 years that will pay for everything from fixing the State Route 520 bridge to finishing the North Spokane Corridor project.

Inslee plans to raise another $4 billion from toll revenue and fees, $3 billion in bonds, with diversions of sales tax revenue, interest earnings and other steps providing the rest.

The proposal has undeniable appeal in that it would fly over the gas-tax politics that have bogged down a transportation package in the last two legislative sessions. Democrats in the House and Republicans in the Senate failed to reach consensus before each session eclipsed on the amount of gas tax revenue needed, and agreement on the reforms Republicans have insisted on in exchange for the money.

Moreover, it avoids the politically tricky prospect of going to the state’s voters to pass the funding needed, which risks a rebuke — as has happened so often before with tax proposals to the citizenry — on the growing quagmire that is the Highway 99 tunneling project in Seattle.

“We simply need to get it done,” Inslee said. “Our goal cannot be to get all of what we each might want, but instead to get what the state needs.”

The weeklong roll out of the governor’s budget proposals continues Wednesday with the unveiling of his climate policy proposal, which seems certain to be a cap-and-trade program. Estimates say that would bring $1 billion in revenue.

The final spending plans won’t be released until Thursday, with the final budget proposal, but it looks like Inslee will rely heavily on a carbon-emissions reduction program to bring in the money needed to balance the budget. In addition to transportation, Inslee has said in the last week that carbon revenue could pay for schools. He released a $2.35 billion spending plan for schools on Monday night.

In the broader view of state finances, Office of Financial Management Director David Schumacher said the governor’s budget would use a mixture of $1 billion in new revenue, closing tax breaks, and cuts to achieve the balance required. 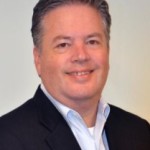 Inslee’s transportation plans would see a litany of bridge repairs done throughout the state, as well as wrapping up the larger projects such as the giving congestion relief to Highway 167, Interstate 405 between Renton and Bellevue, State Route 509, finishing the safety and corridor improvements on Interstate 90 at Snoqualmie Pass, and adding a fourth ferry to the state’s fleet to reduce the time between boats.

The plan would extend sales tax exemptions for alternative fuels and electric vehicles, shift ferries onto cleaner natural gas rather than diesel, while freezing their rates, and give Sound Transit the ability to expand its light-rail system with voter-approval.

It would foster 50,000 construction jobs statewide, according to the Governor’s Office. It would pursue reforms such as expediting permitting, shifting $200 million in sales tax revenue on transportation construction equipment to transportation projects, funding use of technology to understand landslides, and cutting down the right-of-way costs inherent with expanding a highway. Another $350 million would be leftover for other transportation needs.

But for all the politically palatable elements of the Governor’s proposals on transportation and education, there’s a bill coming that someone has to pay for. With a cap-and-trade program, the financial burden would fall hardest on the industries and manufacturers that produce the highest amount of carbon emissions — the worst polluters, in Inslee’s view.

That’s led it to be labeled as a “miracle tax” by some close observers of Olympia politics, as it would only need the Legislature’s nod of approval to start producing money, unless it was challenged via referendum. It would seemingly solve some of the state’s biggest funding woes in a single swoop.

Opponents of a cap-and-trade program derisively label it a “cap-and-tax,” and the governor’s plans to use the money generated for general government purposes appears to support the characterization. But his staff rejects the label, instead calling it a carbon pollution charge.

Thus, it presents a direct challenge to Republican leadership in the Senate. Ever a political document, the governor’s budget aims to peel off the two votes needed for passage in the upper chamber, which is held by a 25-24 Republican majority, but expands to 26-23 when counting Sen. Tim Sheldon, D-Potlatch, who’s joined the Majority Coalition Caucus in recent legislative sessions.

In tying funding for schools and transportation, two standard litmus tests for lawmakers’ effectiveness in re-election campaigns, to his climate policies, Inslee appears to be daring Republicans to reject them —or to come up with a better idea.

Sen. John Braun, R-Centralia and deputy leader of the Majority Coalition Caucus, said he wasn’t convinced the governor has made a compelling case on the need for additional revenue.

“The problem is that taxes have consequences,” Braun said. “We shouldn’t be holding our kids hostage to do it.” 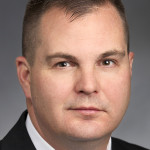 Republicans in the Senate will be the last to reveal their budget proposal, following the House Democrats, in the upcoming session, and Braun said talks of reforms or balancing the budget through cuts and other measures should pre-empt any discussions of new revenue.

“I’m not yet willing to concede that we need additional revenue,” Braun said. “(The governor) hasn’t rolled everything out yet, so it’s hard to know what his plans are. I think we need to explore the whole budget.”