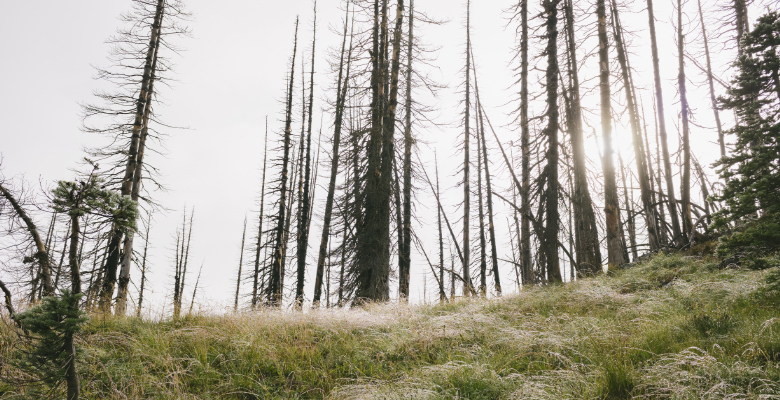 On Wednesday, Gov. Jay Inslee, alongside other state officials, declared a drought emergency across the state.

The drought emergency is effective statewide except for the Seattle, Everett, and Tacoma metro areas. Inslee said this is due to sufficient water levels in these areas.

This declaration comes weeks after a record heatwave and a record number of wildfires so far this year.

We’ve been warned about this for years by the scientific community. The alarm bell only rings louder, and we cannot push snooze anymore.”

Laura Watson, director of the Washington State Department of Ecology, followed Inslee’s declaration and spoke to the effects of climate change that have led to the statewide emergency.

“This year’s drought did come as a surprise to many of us. We had a robust winter snowpack in the Cascade Mountains, about 132% of usual, that led us to believe water supplies would be adequate.

Unfortunately we’ve had the second driest spring on record since 1895, followed by a record breaking heatwave in late June.”

Inslee stated that 91 people died from effects of the heatwave just weeks ago. Inslee reiterated the worst part of climate change in Washington is seeing the direct loss of life.

Washington Department of Health Assistant Secretary Lauren Jenks said Washingtonians are not acclimated to this climate and should adjust accordingly to prevent harm.

What we need to remember in areas of the state that are still hotter than usual, is that we are not acclimated to this. We need to pay attention to our bodies and when we are feeling weaker, or thirsty, or hot, we need to take that very seriously.”

Hilary Franz, Commissioner of Public Lands, stated that the record breaking heat has only made things worse for Washington’s forests and terrain.

“Statewide this historic stretch of drought has left vegetation bone dry, with record low levels of moisture and what we call fuels.

And the record breaking temperatures have only made things worse. Frankly, as I face my fifth fire season [as Commissioner of Public Lands] I think this is likely to be the worst of the last five years.”

Franz went on to mention there is currently a statewide burn ban in effect, on top of the drought emergency, after a record number of wildfires in Washington this year.

“I’m joining firefighters from across the state to urge every single resident of the state of Washington, to please follow those burn bans, please practice fire safety, and please help keep everyone – your family, your communities, and our firefighters – safe this summer.”

“This is a moment, a crux moment for the state of Washington. And I am hopeful that while we are suffering through this tough summer, we are equally dedicated to fighting climate change. That is our destiny, we are in this together, we need to be united on this together, so that we can defeat this common foe.”