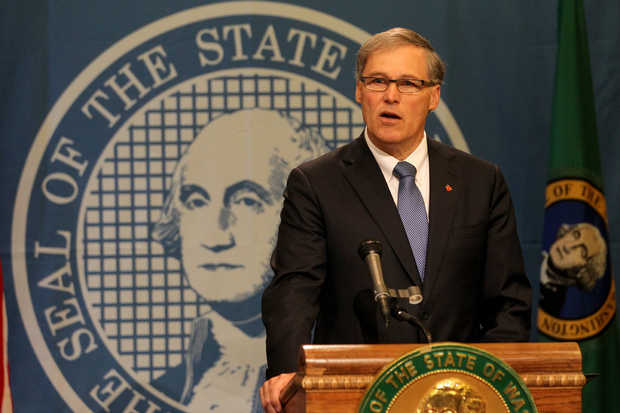 While the final details on Gov. Jay Inslee’s budget proposal, the traditional starting gun for political wrangling over state spending in the legislative session, are still to be worked out before it’s unveiled next week, Office of Financial Management Director David Schumacher provided journalists in the Capitol press corps a preview Tuesday.

The upshot: A mix of potentially $1 billion in tax increases and spending cuts will be needed to cover a $2.35 billion shortfall — and that’s without the $2 billion in class-size reduction costs voters tacked on when they passed Initiative 1351 in last month’s election.

The proposed tax increases is a shot across the bow for the Republican majority in the Senate, whose leader, Sen. Mark Schoesler, R-Ritzville, has said he plans to pursue serious reforms of state spending on education and transportation before agreeing to new revenue.

“We said reform before revenue,” Schoesler said in an interview last month. “This has to be a five-corner discussion about how to deal with (education costs). Clearly we don’t have the money sitting around to do it.”

Schumacher said the budget proposal will rely more on tax increases than spending cuts, arguing that the state has cut its budgets steeply in the last eight years, and “it would be impossible” to close the looming budget gap on cuts alone.

“We’re going to pay for it with new money,” Schumacher said. “We would be cutting things all over the place to balance (the budget). It is nowhere near sufficient.”

But the spending plans will also include almost a billion dollars in compensation increases for state teachers and employees — an estimated $400 million in cost-of-living adjustments for teachers, part of a mandate from a 2008 voter-approved initiative that hasn’t been funded, and another $583 million in salary and benefit increases under new collective bargaining agreements with state employees.

Last week, OFM determined the collective bargaining contracts are financially feasible, but the Legislature doesn’t have to agree with that determination, Schumacher said. 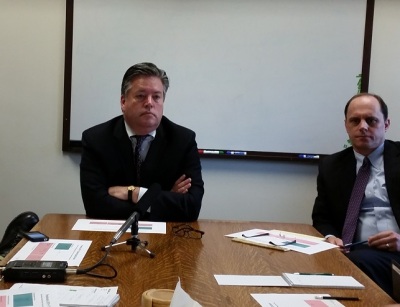 Another $450 million in “highest priority policy needs” is in the plan, covering mental health costs and others. Add it up, and Schumacher said the need for tax increases is clear, although he did not get into specifics about which taxes would have to be hiked. OFM plans to identify eliminating tax incentives as well, but Schumacher declined to say which ones.

“After seven years of cuts, the ability to get significant amounts of revenue from quote ‘efficiences’ is just not there anymore,” Schumacher said. “We’re squeezing these agencies hard.”

Reaction to the notion of Inslee seeking a tax increase came swiftly on Tuesday afternoon, with Jason Mercier of the Washington Policy Center framing the issue in the context of whether the public would accept it. 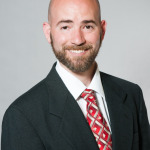 “So how in the span of a few days did we go from it’s ‘financially feasible’ to give around $600 million in compensation increases to state employees to needing to ask Washingtonians to accept a billion dollar tax increase?” Mercier asked in an email.

Inslee is planning a four-day roll out of the proposal next week, with Monday devoted to education funding, according to his press office. Schumacher said the budget proposal will include, aside from the $400 million in teacher salary increases, another $1.2 billion in funding to satisfy the state Supreme Court’s McCleary decision.

The funding would go to fulfilling the state’s obligations to reduce its class size for kindergarten through grade three, fully implement an all-day kindergarten program statewide, and pay for materials, supplies and operating costs for the state’s school system.

Of the $1.2 billion, Schumacher said only $750 million for the materials and operational costs is what the Legislature is legally required to fund in the 2015-17 biennium. But, he said leaving the rest unfunded just delays spending requirements to another biennium.

On I-1351, Schumacher said the governor’s budget proposal will only take a first whack at funding it, and just add money to satisfy its mandates for reducing K-3 class sizes, which is included in McCleary. I-1351 goes several steps further than McCleary in mandating the state reduce class sizes for all grade levels, and hire approximately 25,000 in new teachers, administrative staff, and other positions, but it doesn’t carry a funding source.

He said it would be up to the Legislature to modify it beyond that, including deciding whether to suspend it, delay implementation, kick it back to voters with a price tag attached, or other steps.

“All we’re going to say is for this biennium, we can’t fully fund it,” Schumacher said.

On Tuesday, Inslee would roll out his proposals for a transportation package, which would include funding for various projects. A gas-tax increase for transportation projects has been bandied about in the Legislature over the last several sessions, but with a split in party control of the respective chambers the negotiations have failed to reach an accord.

Wednesday would be devoted to his proposal to addressing the state’s carbon emissions, with a decision on whether to pursue a carbon tax or a cap-and-trade program expected. It’s estimated that forcing industries and businesses to pay for putting carbon emissions into the air — which either a cap-and-trade or a carbon tax would do, albeit in different ways — would generate $1 billion in new revenue for the state.

Schumacher said the budget proposal could resemble an outline OFM has been using to divvy up potential revenue from such a program. It assumes 30 percent would go to a tax credit that refunds state sales tax for families who qualify for federal income tax credits based on their low- to moderate-income levels.

Another 15 percent would go to business-and-occupation tax cuts for effected industries, and a 40 percent B&O tax cut for construction sectors, and a 10 percent cut in the tax public utilities pay. Only 5 percent would reach the state general fund under this proposal. Schumacher said those percentages would vary in the final proposal.

Inslee spokesman David Postman declined to comment as to whether the governor would also include a low-carbon fuels standard in either of Tuesday’s or Wednesday’s proposals, saying more details would come out then.

Thursday would see the unveiling of the budget proposals, Schumacher said. Past governors have used a so-called “book one, book two” strategy of releasing one document containing cuts, and a subsequent one demonstrating how tax increases would solve the problem – after public grievances over the potential cuts had been aired.

But Schumacher said Inslee won’t use this strategy, instead opting to reveal his revenue proposals on Thursday, which would serve as a starting point for negotiations between the Democrat-controlled House and the Republican-controlled Senate. By custom, the House Democrats will be the first to reveal their budget proposal in the upcoming legislative session.

Schumacher said the “book one, book two” strategy has been used to whet an appetite for tax hikes, but the state’s budget needs are so dire presently it’s unnecessary this time around.

“This thing is so bad, we don’t need to do things for dramatic effect,” Schumacher said.