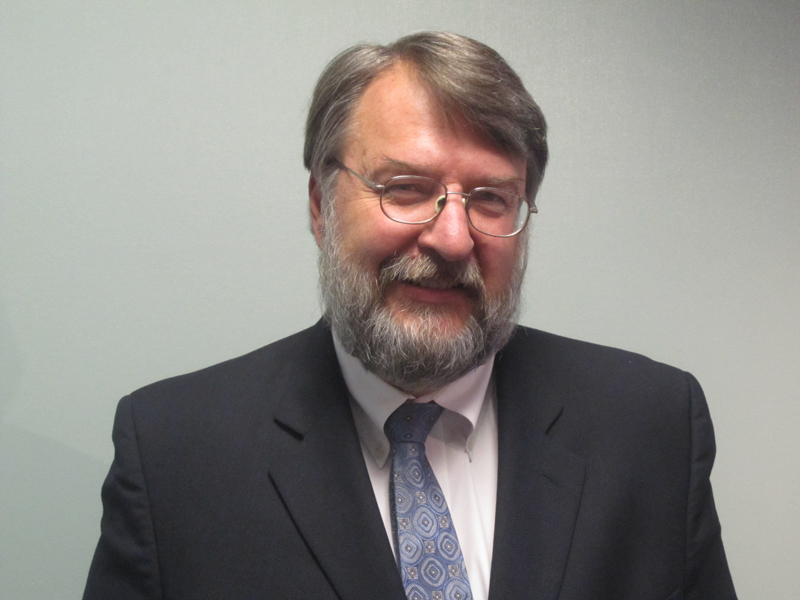 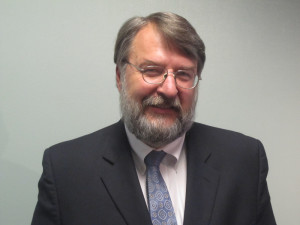 OLYMPIA, March 22.—Labor appears to be setting up a hostage maneuver on what many considered a routine unemployment-insurance bill — giving it leverage in the Legislature’s upcoming debate over workers’ compensation, and offering a possible explanation for the mysterious death of the Labor Council agenda in the House last week. As it turns out, maybe labor didn’t need it after all.

At risk is $400 million in federal funds, and possibly a big tax increase for employers. If the Legislature fails to pass Senate Bill 5355 or a companion House measure, Washington state at least technically will be in violation of a federal law requiring it to update its unemployment-insurance statutes. But while employers would take the hit, there is no downside for labor: Benefits would not be cut.

Business community-players say they are stunned. The unemployment bill was worked out during a year of negotiations overseen by the Employment Security Department. And by raising a stink over the measure, some suspect labor is executing a classic political ploy, or at least displaying a fit of pique.  “I think that’s what it comes down to,” says Patrick Connor of the National Federation of Independent Buisness. “Labor is having a temper tantrum for not getting their way on other legislation.”

A temper tantrum? One might also call it clever. Labor’s late-dawning discovery of problems comes at an awfully opportune time. Other than the unemployment bill, labor doesn’t have much to trade in the battle over workers’ compensation reform that is expected to come in the final days of the session. In fact, the whole thing was set up just before House Democratic leaders allowed the Labor Council agenda to die. Where the unemployment bill is concerned, the council says it has discerned a critically important principle that must be upheld. Even though it didn’t raise the point when it might have done so months ago, it says it is better late than never. It was really just an oversight, Labor Council president Jeff Johnson explained to the House Labor and Workforce Development Committee this week. Labor decided it had concerns with the bill only after hearings were held in the House and Senate early this session. “That was my fault,” Johnson said. “I put it out to some of our colleagues for review, and I didn’t get responses until after the hearing.”

So now labor is seeking a change nobody on the business side can accept, a move that essentially shuts down action on the bill. And the normally restrained Kris Tefft, who plays the diplomat role for the Association of Washington Business, told the same House committee this week that the blow-up “is beyond my imagination.” 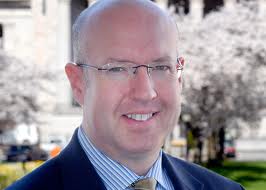 Kris Tefft of the Association of Washington Business.

It is one of those cases where the argumentation is a thousand times more interesting than the policy issue involved. But forgive the minutia — that’s what’s the measure is about. SB 5355 and its companion, HB 1395, were “agency request” bills from the Department of Employment Security, the result of dry and long-running talks between the agency and business and labor groups. The bills were prompted by a 2011 federal law, the Trade Adjustment Assistance Extension Act, which contained a number of provisions aimed at reducing the federal deficit. One provision aimed to reduce overpayments of unemployment insurance benefits in state-administered programs nationwide. That’s a concern for the feds, because many states have required federal bailouts. Washington, in better shape than most, isn’t among them.

The law required two things. On the worker side, states had to impose a minimum 15 percent penalty on claimants when overpayments are related to fraud. And on the employer side, states are supposed to crack down on cases where overpayments are caused by untimely or inaccurate information from an employer, or if an employer has established a pattern of untimely or inaccurate responses to requests for claim information.

Employment Security met with labor and worked out the language on worker penalties; it met with business and worked out a deal on the employer side. The details were announced at an unemployment insurance advisory committee meeting on Dec. 6, and at the time none of the players offered a word of protest. But during the last two weeks, the Labor Council has let it be known that it has discovered major problems with the employer portion of the bill – and suddenly that $400 million is at risk.

And the Problem is?

It has to do with a letter familiar to anyone who has operated a business in the state of Washington. Whenever an employee files an unemployment insurance claim, the Employment Security Department sends a letter asking if the employer has any objections. If the employer doesn’t object, the claim is normally approved, and the employer’s “experience rating” goes up, meaning higher premiums. Business community advocates say employers often don’t bother responding, because the department’s presumption is to approve claims.

It’s a bit complicated, as is anything in employment law, but the bill says employers aren’t entitled to lower rates in cases of overpayment if they fail to respond to such letters in a timely or accurate fashion three times in two years. Or, in cases involving employers with hundreds or thousands of employees, they don’t get a break if they have bungled the paperwork in 20 percent or more of their claims. Business says you have to make allowances for reality – paperwork is paperwork — but three-strikes-you’re-out seems about right. Tefft says, “We really worked diligently to find a sweet spot and something that seemed fair to us and that would work for the ESD, and that was embodied in the original bill.”

Labor says it ought to be one-strike-you’re-out. Its argument is basically that fair is fair. If an employee files a single fraudulent claim and an overpayment results, the worker gets whacked – he or she has to repay the money. So the same ought to apply to an employer who makes a single paperwork flub. Mark Lampson, executive director of the Employment Law Project, told the House labor panel that a one-strike-you’re-out rule would teach less-than-diligent employers a lesson. “It helps eliminate overpayments, which wind up being a terrific burden to unemployed workers. They get unemployment benefits because an employer didn’t respond, and then suddenly the employer wakes up and responds and appeals. They lose those benefits and then they are faced with this sometimes enormous burden to repay the overpayments. So getting the employer to cooperate the first time is very helpful.” 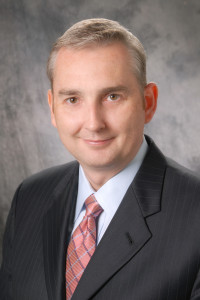 Patriick Connor of the National Federation of Independent Business.

It’s a pretty big price to pay for a single paperwork glitch, business says, particularly when such letters are often routinely ignored by harried business owners who see no point in responding. And a paperwork problem hardly falls into the same category as a deliberate case of unemployment-insurance fraud. There is plenty of speculation that labor’s objection has less to do with newfound interest in employer paperwork filings than with political leverage. A big fight is brewing over workers’ comp this year — as virtually its first act of business, the Republican-leaning Senate passed a set of big reform bills. Labor was pressing an aggressive agenda in the Democrat-controlled House that might have given it something to barter. But pretty much the whole thing collapsed last week after House leaders shut down the chamber for an extended arm-twisting session over a gun control bill. Observers were left scratching their heads — how could that have happened? But now some say the game seems clear. With the unemployment bill as a possible hostage, labor didn’t need its big bills to pass.

Says Connor, “It is surprising to me that labor is suddenly interested in employer paperwork violations when it has nothing to do with the Labor Council directly or their workers directly. Clearly it is a political ploy because they didn’t get what they wanted out of the House or the Senate this session, and so now they are looking for anything they can attack or they can grab onto.”

Tefft is rather more circumspect. “There’s an old rule in the Legislature, not to assume other people’s motives,” he says. But certainly the play is a bit out of the ordinary: Not until last Friday did the Labor Council make its position public on the unemployment bill, when it sent a letter to the Department of Employment Security mentioning that it had concerns. Says Tefft, “It seemed like we were proceeding on par here throughout the course, and then we get to the 17th hole and the wolves start running out onto the fairway.”

What happened in the House was indeed curious. Labor had queued up a big agenda of bills in the House during the opening weeks of the session, but most were so big that even the Democrat-controlled House might have had trouble swallowing them. Business lobbyists were out in force lining up opposition among centrist Democrats. Among the labor bills were measures that would have imposed paid sick-leave requirements statewide, created a new payroll tax for a never-launched family-leave insurance plan, extended prevailing wage and apprenticeship requirements to a larger number of public works projects and made it more difficult for businesses to hire independent contractors.

Those measures were shot down in the House gun-control bloodbath. House Democratic leaders halted floor action March 11 and 12 as they tried to line up votes for a background-check bill. That effort failed, and even though the House picked up the pace the following day, bills died en masse when the clock finally ran out at 5 p.m., the deadline for passage of bills from their house of origin.

The unemployment bill, innocuous by comparison, easily made it through. The Senate version was passed March 11 by a vote of 49-0. Meanwhile, on March 9, the final session before House leaders shut down activity, the House passed its version by a vote of 94-3. The key point is that there was an amendment on the House floor that reflected the Labor Council position – the House bill now includes the one-strike-you’re-out provision. And so the Senate can’t simply pass the House bill and send it on to the governor’s desk without accepting the labor position.

Which means labor has leverage after all. Or does it?

Tefft says he’s not sure an unemployment bill has to pass this year. It would take the U.S. Department of Labor some time to catch up with Washington, and lawmakers might be able to pass an unemployment bill when they return to Olympia in January 2014. “It’s kind of a game of chicken I don’t think anyone wants to play,” he says. Business is happy to pass a bill, he says, but only if the bill reflects the original deal.