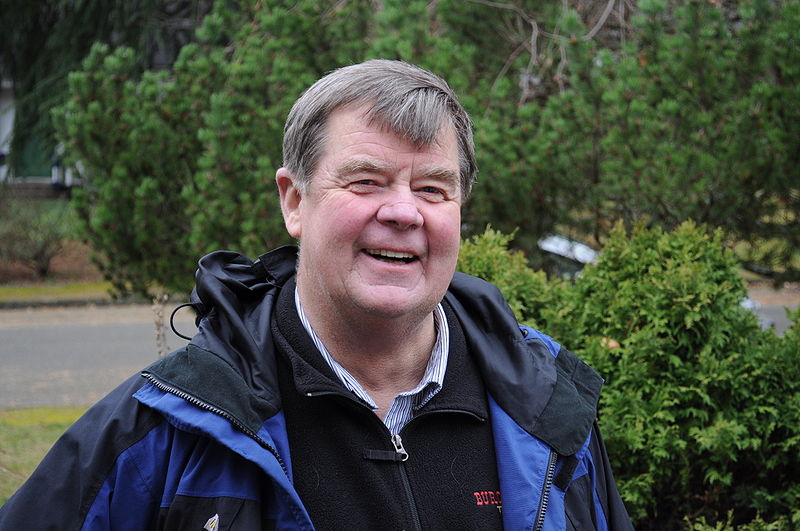 How things really work in the legislature

2019 Note: This was first published in 2010 at the Wire. As we reflect on how the legislative process changes over time, and through various leaders, we thought we’d pull this out from our archives to share.

2010 Editor’s note: For more than 20 years, the following list of real-life “rules” has been floating through the corridors of the state Legislature, photocopied and handed down from one generation of lawmakers to the next. Written in the eighties by then-state Rep. Ken Jacobsen and the late Jim Metcalf, lobbyist for the Washington Association of Counties, the rules offer a somewhat cynical, somewhat Machiavellian view of the legislative process. In other words, they reflect reality.

And as Ken Jacobsen announces his retirement, Washington State Wire is proud to publish the Jacobsen-Metcalf rules for the first time.

“You are only going to be here for a short while, so do the best you can and get a few laughs.” -Will Rogers

3. Your bills move at a glacially slow pace, and everyone else’s move at the speed of light.

4. Important decisions are made after you leave the room

A.     More important decisions are made where you aren’t.

B.     The most important decisions are made on the john (not yours).

5. The further from the decision-making center, the greater the negative impact on your political life.

7. Just when you think you’ve seen everything a legislature can do, you’ll see something new, and nine times out of ten that will occur on sine die night.

8. For every parliamentary predicament, there are two diametrically opposed Speaker O’Brien rulings, and both are correct.

11. Parliamentary bodies are designed for defense.

13. Invoking the rules is the last defense of a loser.

14. Legislation proceeds through the House on its merits; you have to be a senator or a former senator to get a bill through the Senate.

15. Rules govern the procedure in both houses, except the Senate.

16. A point of order on the scope and object rarely relates to either.

18. Calm reason will not turn a vote around; humiliation and physical discomfort will.

19. Legislation conceived in revenge gives one the most satisfaction.

20. Budgets are like vampires. They only come to life at night.

21. Bold knights set in quest of the Holy Grail.

22. Similarly, we are eternally in search of someone who knows what is going on.

23. The same members who voted on final passage will never be the same on a conference or free conference committee report.

24. Amendments to your bill are rabbits – their rate of proliferation is beyond calculation.

25. When in doubt, offer an amendment.

26. Passing your bill through one house twice does not equal passing through both houses once.

27. The fondness for the budget is in reverse proportion of your distance from the house of origin.

28. During the last few days of session, no one is going to run for re-election.

29. By their nature, every legislative body lacks order and direction; any effort to impose either produces chaos.

30. Everything starts on time except committee meetings, caucus and session.

31. Senators get everything writing; senators don’t put anything in writing.

36. A legislative message to an agency causes a great deal of pain to innocent others.

37. When the House swallows hard, the Senate has swallowed the House.

38. A legislative vehicle that goes across the rotunda becomes an armored vehicle before the return trip.

39. A legislative budget vehicle becomes a panzer tank as it enters the “other” chamber.

40. Our separate legislative fictions eventually ass up to a joint legislative observers.

42. Required prelude to hostile testimony: “It’s a good concept; however…”

43. A housekeeping measure never is.

44. Ehlers law: When you know how far you can go, you’ve gone too far.

45. Ehlers law II: You always get 40 votes for anything in the House; you play hell getting the last 10.

46. What trial lawyers always forget when dealing with the legislature; there’s no voir dire.

47. There is no such thing as a simple bill.

48. If you want to know what is wrong with an idea, introduce it as legislation.

49. A call for division will change 60 percent of the votes.

A. The Unsoeld corollary: Unless it’s Unsoeld’s bill; then it dies a very discernible death.

52. Your bill will always be assigned to the committee which your prime sponsor is not on and which is most hostile to the bill.

53. Often the legislators grasp at what they hope is the essence of a problem and thereafter refuse to be distracted by the intrusion of a more complicated reality.

54. You can’t understand the process until you’ve been processed.

55. Decisions made after midnight might not be better, but they’re quicker.

56. To be a successful Ways & Means chair you have to lie and make them forget it.

57. Two good ideas brought together in one bill will attract fewer votes than they would independently.

58. If there is subtlety in an idea, the press will overlook it.

A. If there is an idea, the TV media will overlook it.

59. The quantity of discussion on any given budget item is in reverse proportion to the amount of money under discussion.

60. When all else fails, allege legislative intent.

61. Discovery of legislative intent is an expensive process.

62. Odds are the Supreme Court will decide legislative intent is not what the lobbyist or the legislator intended.

64. A meeting organizer must stay to the excruciatingly bitter end.

65. Just when you think you’re in the loop they move the loop.

66. A free conference is the legislative proof of life after death.

67. A controversial issue generates 50,000 pounds of peer pressure per square inch in caucus.

A. Some members implode; others explode.

70. Cutoffs bring joy to some, misery to more.

73. A grunt suffices in the Senate for what requires a speech in the House.

75. The fiscal note is never timely unless it is your bill.

76. Ideal fiscal not status: fiscal note has been requested.

77. To “pull a Lux”: impulsively speak for or against a bill and feel compelled to vote that way.

A. To “pull a double Lux:” Impulsively speak for or against a bill and vote the other way anyway.

78. Legislative equivalent of “what have you done for me lately?”—”Are you on my latest PDC?”

79. Invariably, when the committee chair is occasionally afflicted with scruples, your bill is screwpled.

80. Ellis law of convention center: Get into the legislature so deep that they become your accomplice in funding cost overruns.

81. Political flatulence: A message from the other house.

A. Grimm’s addendum: If it’s a county-city-special district bill, the state is getting screwed.

84. Committee chairs are all-powerful until the special interests growl.

85. A Speaker’s summons is never for the purpose of delivering good news.

86. The session isn’t over `till the phat guy gets his bill.

87. It is easier to incite riot than reason.

88. Tricks that have to be explained aren’t.

89. The budgetary process calls upon a legislator’s greatest skills of creative idleness.

90. The legislature is a public institution created for the socially beneficial purpose of segregating chronic egotists, malcontents and petty philosophers under the scrutiny of the press where their misdeeds can be exposed.

91. Lobbyist credo: The press hates the lobbyists because they get in their (the press’) way of running the legislature.

93. Grimm’s observation: It is easier to gain forgiveness than it is permission.

95. The purpose of negotiation is settlement, not victory – if victory were attainable, negotiation would not be necessary.

96. A successful lobbyist makes mountains out of molehills, then sells the climbing gear and guides the ascent.

97. The answer to a quick question never is.

98. A secret in Olympia is something you only tell one person … at a time.