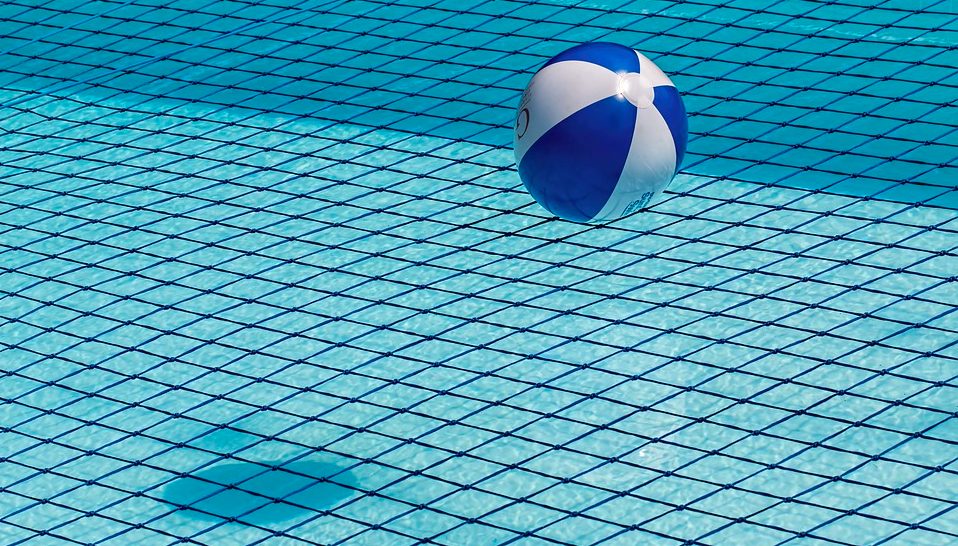 When looking at social safety net programs available to people across the United States, a great degree of variability exists. The COVID-19 pandemic has drawn into stark relief the strengths and weaknesses in state safety net programs.

The United States has very few social programs, such as Social Security Disability Insurance, that are uniformly available across the country. State governments are responsible for the funding, policies, and governance of many of the safety net programs in their state, such as Medicaid and Unemployment Insurance. Research suggests that the end result is a fragmented, decentralized, and highly variable range of state safety nets.

So, what kind of help is available for Washingtonians in need? And, how does Washington’s safety net compare to other states across the nation? To answer these questions, the Wire took a comprehensive look at the variability among safety net programs in the United States. Bringing that context to bear, we offer a look into how Washington stacks up.

How Washington’s safety net fared during the pandemic

According to a recent Oxfam America report, Washington State had the best safety net in the country for workers during the COVID-19 pandemic. As far as what that looks in concrete terms, the minimum weekly unemployment in Washington is $240.24 and the maximum is $790. On average, unemployment checks account for 86.40% of cost of living.

Washington State’s TANF benefit in July 2020 was $569 per month, representing a 37% reduction since 1996 when evaluating inflation-adjusted dollars. When evaluated as a percentage of the Federal Poverty Level, TANF benefits range from 9.4% to 60%. Washington’s 2020 TANF benefit is 31.4% of the poverty line, ranking it 16th in the nation.

Last spring at the start of the pandemic, Washington’s uninsured rate among working age adults jumped from around 8.8% to 18.8% over the course of a few weeks. Unemployment increased from 5.1% in March 2020 to 15.4% by April, and an August update from the Health Care Authority found that the state’s Medicaid program had added over 100,000 new enrollees over the course of four months.

When looking at how Washington’s unemployment insurance program compares to the rest of the country, the state was recently found to have the second highest maximum weekly benefit at $790 per week.  A February comparison of state unemployment benefits shows maximum weekly benefits ranging from $235 in Mississippi to $823 per week in Massachusetts.

Related to the strength of Washington’s social safety net is its status as one of the strongest states in the country for organized labor.

The Oxfam report ranks Washington first in the nation for its unemployment policies, 2nd for worker protections, and 10th for health care. Washington could have scored higher were it not for a shortage of childcare options for essential workers during the pandemic, the report found.

The Wire looked into that report and what it specifically says about Washington, here.

With the context in mind for what Washington’s social safety looks like and how it performed during the pandemic, here is a snapshot of the strengths and weaknesses in a few other states.

The minimum weekly unemployment in Texas is currently $150.80 and the maximum is $521. Unemployment checks account for 34.30% of the cost of living.

Texas’ biggest safety net gap is its nation-leading uninsured rate. 5.5 million Texans currently have no health insurance. States that have expanded Medicaid have seen significant reductions in their uninsured rates. Based on 2019 data, an estimated additional 1.2 million Texans would become insured if the state expanded.

Instead of opting for Medicaid expansion, in 2011, Texas applied for an 1115 Medicaid Waiver from CMS to support operation of its managed care programs (STAR and STAR Plus). Based on a Supreme Court’s ruling that state’s weren’t required to expand Medicaid, Texas chose not to and has continued to operate under its waiver.

Oxfam rates Texas as the 38th best state for health care protections. Failure to expand has led to an increased reliance on the waiver.

Before the pandemic, approximately 12.4% of Texans were unemployed. As of Jan. 2021, around 13.7% were unemployed. This is notable growth attributable to COVID-19, but Texas ranks somewhere in the middle of the country in terms of percentage of population currently unemployed — aligning with the state’s 28th place ranking in Oxfam’s “unemployment” scorecard.

Even though it doesn’t fall in the bottom of the country for its unemployment rate, 13.7% of Texans translates to about 4,072,490 people — much more people than the 585,786 unemployed in Oxfam’s highest ranked state for this category (with a 19.75% unemployment rate) Mississippi.

Nearly 4 million Texans applied for unemployment between March and December 2020. Texas has an unemployment program that covers Texans for up to 29 weeks per year if an individual meets certain criteria. To supplement federal COVID relief, the state implemented a 13-week extension of unemployment benefits in 2020 as a result of high unemployment rates.

The state Constitution has a spending cap on Temporary Assistance for Needy Families (TANF) at 1% of the state’s budget, which was was approved by voters in 1945.

California safety sees both setbacks and innovations during pandemic

California’s minimum weekly unemployment is $240 and the maximum is $450. Unemployment checks account for 36.20% of cost of living.

A state with a GDP higher than some European nations, California programs designed to keep people out of poverty include CalWORKs, CalFresh and state Earned Income Tax Credits (EITCs).

Policymakers in California cite income inequality as a major concern for the state. In 2018 according to the California Poverty Measure, 35.2% of California residents were poor or near poor. The largest social safety net programs kept an estimated 7% of Californians out of poverty in 2018. The federal and state EITCs lowered rates the most, by 1.7 points. CalFresh lowered rates by 1.6 points and CalWORKs lowered the rate of poverty by 1.2 points.

A bill passed by the Legislature in 2020 allowed nonprofits to distribute $600 in prepaid grocery cards to each qualified adult.

Poverty rates are disproportionately higher among Latinos. In 2018, 22.9% of Latinos lived in poverty, compared to 18.2% of African Americans, 15.9% of Asian Americans/Pacific Islanders and 12.8% of white people. Latinos comprise 51.4% of the poor population in California, but only 39.6% of the population.

In the spring, California took the unprecedented step of providing expanded eligibility for unemployment benefits to undocumented immigrants.

In April 2020, California announced that undocumented immigrants that would not be recieving stimulus payments from the federal government would instead receive them from the state government. To backfill the lack of federal aid for undocumented Californians, a $125 million fund was created. It was made up of $75 million in state donations and $50 million in private donations.

Undocumented Californians are also eligible to receive the state’s EITC in 2021.

A UCLA study found that the decision by the federal government to exclude undocumented residents from the $1,200 stimulus payments caused a $10 billion loss in potential economic output. The decision also cost 82,000 jobs nationally and 17,000 jobs in California.

While California’s Employment Development Department paid out $122 billion in unemployment benefits since last March, the agency and its private contractors have been mired in controversy.

Virginia’s minimum weekly unemployment is $150.80 and the maximum is $378. Unemployment checks account for 11.10% of the cost of living.

Virginia’s safety net is still a work in progress, said Ashley Kenneth, interim president and CEO of The Commonwealth Institute For Fiscal Analysis.

Virginia has traditionally been a high-capacity, low-effort state when it comes to helping families get back on their feet and positioned for success. This is beginning to change, but there are still major holes in the safety net. For example, many immigrant families are still left out of access to health insurance. And many struggling families are receiving no help with the high cost of housing.”

The rapid increases in unemployment were followed by modest gains in employment as a measure of recovery took place in the Commonwealth. Yet, a disproportionate number of Black or African American Virginians have lost their jobs and face increasingly desperate financial straits. Income and wealth inequities have left Black and Hispanic households with fewer resources to cope with the ongoing economic shock. Data from the Centers for Disease Control and Prevention (CDC) show that, nationally and in the Commonwealth, Blacks and Hispanics comprise a greater proportion of COVID-19 deaths than their share of the overall population.”

While Virginia’s unemployment system struggled to adapt to the influx of people newly eligible to receive benefits under the CARES Act, recent changes to Medicaid allowed for continued access to health care for many who recently lost their jobs.

In late 2020, the Commonwealth’s “40 Quarters Rule” was eliminated. The rule required legal permanent residents to work for 10 years before being eligible for Medicaid. Though the rule was eliminated last year by the General Assembly, pandemic-induced budget constraints temporarily put the elimination on hold.

Several pieces of legislation passed through the General Assembly this session are aimed at improving the Commonwealth’s safety net, such as Mark Sickle’s reinsurance program. The bill could strengthen the state’s safety net by lowering the cost of health care coverage for unsubsidized Virginians.

Michigan was among the first states in the country to expand Medicaid as a part of the Affordable Care Act as they passed the “Healthy Michigan Plan” in April 2014. In December, the Healthy Michigan Plan eclipsed the 850,000 mark for the first time. In March, Michigan removed the work requirement to enroll in the Medicaid program in the wake of the COVID-19 pandemic.

Gilda Jacobs, CEO of the Michigan League for Public Policy (MLPP) offered suggestions for how the state might plug current holes in its safety net.

[The MLPP] recommendations include permanently extending state unemployment benefits from 20 weeks back to 26 weeks, restoring the state Earned Income Tax Credit from 6% to 20% of the federal credit, eliminating the 48-month lifetime limit on cash assistance, increasing the income eligibility for child care subsidies, and undoing the misguided policy that takes cash assistance benefits away from struggling families if their children are truant.”

Whitmer formed a task force on combating poverty in the state at the end of 2019, before the pandemic began. In February, they made 35 policy recommendations (starts on page 9) to strengthen Michigan’s safety net. Proposals include expanding benefit programs, removing some red tape around receiving benefits, expanding treatment for substance abuse and putting programs in place that would increase school attendance.

What this all means

If you were one of the millions who turned to support from state programs, data indicates that Washington was one of the best places to be.