How is COVID impacting city and county finances?

Tax revenues are often a lagging indicator of economic activity. They are levied, collected and tallied usually well after the downturn has started.

Today, on April 14th, Washington State cities and counties are something metaphorically like the weather station on the Florida coast. They can see the hurricane coming on the radar. They know it’s out there and heading their way. But, as of right now, the weather seems fine.

The hurricane is about to hit.

For counties, the category level of the hurricane is not yet clear. Most of their revenue comes from property taxes. While counties complain about a 1% limit on increasing taxes, during downturns like the recession ahead, property tax revenues are sticky. The revenue doesn’t drop.

So, counties are mostly protected from severe storms.

That isn’t the whole story, however, for the larger counties.

King County, for example, funds transportation through Metro. Metro’s tax revenue is from sales tax. With retail businesses effectively shut down across the state, sales tax receipts are plummeting. That will hit transit directly.

There is some funding in the recent federally passed CARES Act that can backfill lost revenue for transportation districts. So, transit agencies may only face a near term blip on their cash flow statements.

Public health is more of a challenge. Counties and public health districts rightfully acted quickly, without a clear understanding of how actions might be funded.

According to one senior staff person at King County:

“The idea was to save lives. We would figure out how to fund it all later. Now, that time is coming, and there is going to be a reckoning.”

This staffer told me King County may spend up to $100m on activities related to COVID by the end of the year, an unheard of sum for something like this.

“We’ll just run through our reserves because it’s important. This is what they’re there for.”

The federal government, however, may prove to be a challenge.

The CARES Act allocated $150m in funding for cities and counties. Counties and cities over 500,000 populations were able to draw upon those relief dollars. Both Seattle and King County meet that threshold.

Where both a city and county try to draw down funds, the amount a county can take will be based on the population of the county outside of the city.

According to just released guidance from the US Treasury Dept.:

This means King County will not get any funding otherwise allocated to the City of Seattle.

As a result, according to the staffer at King County, the Council is going to be under tremendous pressure to only allocate the funds received by King County to non-Seattle areas of the county.

Yet, many of King County’s services are provided in Seattle. Seattle-King County Public Health is an inter-governmental collaborative effort, but it is by statute a county agency.

A negotiation will need to occur between the county and the city over how best to fund that $100m the staffer mentioned as a possible spend for the year, particularly when Seattle dollars are going to the City of Seattle rather than Seattle-King County Public Health.

Other cities aren’t so lucky. Those cities with populations less than 500,000 won’t receive direct payments under the CARES Act. They are hoping for funding via the state.

Reverting back to the metaphor of a looming off-shore hurricane, cities tend to have greater awareness of what’s ahead. They rely on property taxes, like counties do. However, they also have a mix of sales tax and business and occupation tax. Those two taxes are sensitive to economic downturns, and will show reduced tax revenues from March almost immediately.

The likely shortfall will make this storm look like Category 5 fiscal event.

Candice Bock is the Director of Government Relations for the Association of Washington Cities. Bock says that while cities won’t know about March sales and B&O tax receipts until May, she says cities are “looking at up to 10% cuts right now.”

There is not a lot of diversity of opinion on this among our city leaders. They are working to get as much information out to their communities as possible.

She said the magnitude of the storm will vary depending on how dependent a city is to sales tax revenues or lodging taxes.

We have some communities that are dependent on tourism, for example, that have been seeing hotels and restaurants close. They know the revenue hit is coming.

Bock says she’s hoping the Governor’s office will use this emergency to allow cities to have more flexibility with existing revenues, as well as support new revenues to cities.

We have the REET tax (real estate excise tax), for example, that can only be used for capital projects. If cities could use those to fund their emergency response, that would be very helpful.

While regulatory changes and new money is helpful, Bock’s request to policy makers is much more simple and direct.

Please don’t forget us. Cities are responding by sharing information, setting up EOCs (emergency operations centers) and helping folks who are getting sick. In a lot of emergencies, it’s clear that cities are the first responders. In this pandemic, the work cities are doing sometimes gets lost. 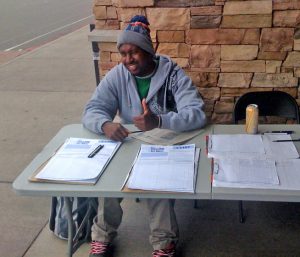 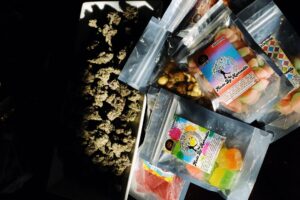 Weed industry gears up to fight new tax in Seattle