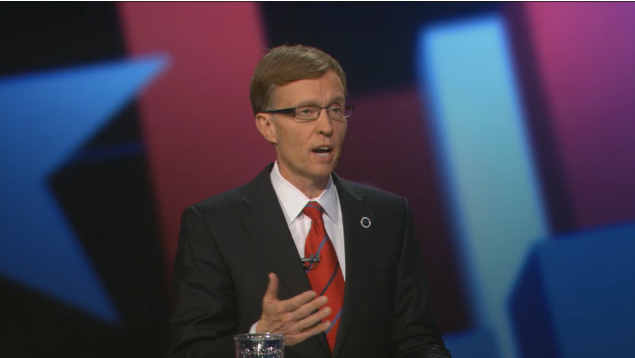 How a Republican like “Rob” or “Dave” wins the Lt. Governor race

With two Democrats through to the general election in the race for Lt. Governor, many on the left turned their attention to other down ballot races.

After all, the Governor’s race appears to be a foregone conclusion that Jay Inslee will carry the day. Loren Culp appears to want to continue to play to his base rather than the moderate middle, a strategy that has no chance of winning statewide in Washington.

The only possible way Culp’s strategy could win is if the economy collapsed, a pandemic hit the state, and the streets blew up with racial violence.

Of course, those three things have all happened, and yet public polling suggests that Jay Inslee will still win handily. Meanwhile, Culp appears set to earn potentially the lowest marks of any gubernatorial candidate in recent history of the state.

In the race for the second constitutional executive position, the Lieutenant Governor, the question became whether Marko Liias could keep up with Denny Heck’s fundraising advantage and primary election results.

But, with two Democrats in the race, the seat was set to remain blue.

“This is absolutely a Republican’s to lose. But we’re pretty good at losing these things.”

How is that with no Republican on the ballot, you say?

Via a write in campaign.

With two Democratic candidates on the ballot, a Republican has the possibility to enter the race and let Democrats split the vote in the general election, so the theory goes.

In a state with a 57% statewide Democratic performance, a banner year for Democrats like the 2020 election may become, could drive performance to 60%.

But, that would leave about 40% of the vote ready to vote for an alternative.

With Democrats splitting 60% of the electorate, a divide of 35% to 25% say, that leaves the 40% base on the right in a position to win statewide.

It seems far fetched, but it’s not, according to another Republican Party insider.

“We’ll have a Republican on the ballot this fall for Lt. Governor. I’m not sure who it will be yet, but we’ll have someone.”

Washington has a “sore loser” law, so the candidates that ran for Lt. Governor cannot run via a write in campaign after having appeared on the ballot and lost.

Tim Eyman was in the mix, courted by Republican Party leadership, he says, but he ultimately passed on the opportunity.

“All the math makes sense. You’ve got the two completely whack job liberal Democrats running against each other, and so you’ve got a lane to run in…

And, I was told I was “acceptable” by the Culp campaign… but that they were going to leave it to the State Party.

When I learned that there were a bunch of people in the party who really didn’t want me to do, that kinda made me want to do it…

This is not an open primary. That happened, and Republicans lost. This is a race where it will require significant party resources to put a candidate over the top. And so the opinion of party leaders matters far more than it would in normal circumstances.

Republican Party donors would need to pick a candidate and fund that candidate directly with significant resources – think between $2-3m – to get the word out about the leading Republican candidate.

I’m told by one Republican leader that the person that will galvanize party support has probably not yet been identified.

“Joshua Freed has announced his intention to run for this, but I’m not sure he’s the candidate everyone will get behind.”

If you put a list together of folks that will get a phone call, it strikes me that Dave Reichert and Rob McKenna have the broadest name ID and most likely chance of winning.

Both candidates have won significant races against tough opponents and have significant name ID among Republicans.

And, with Washington’s liberal voter enfranchisement laws, all the voter may have to write in is a first name.

Scribble down “Rob” or “Dave” and you might elect a Lt. Governor.