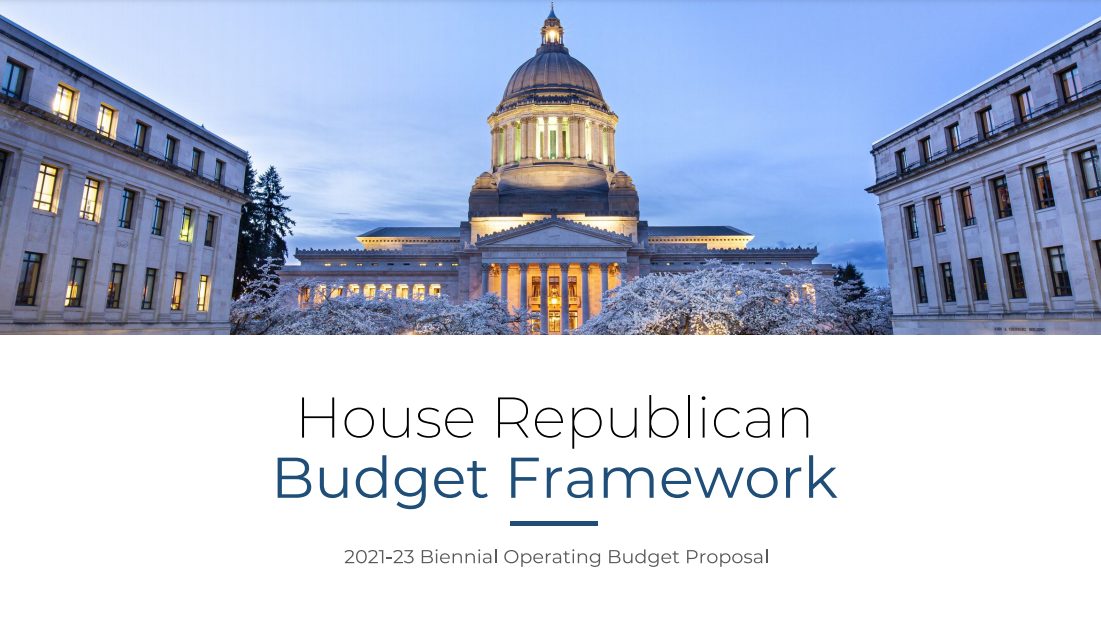 Ahead of the next revenue forecast on March 17th, Republicans say their approach will lay the groundwork for funding a range of priorities without raising taxes on the wealthy and large corporations, as Democrats have proposed.

As of the latest projection, revenue for the next three years remained more than $3.3 billion below pre-pandemic levels. But that figure is a significant improvement from June when revenues through mid-2023 were projected to be nearly $9 billion lower than previous forecasts.

We are looking at a very, very modest budget deficit as things stand, or potentially a slight surplus. But the Legislature has solved much more complicated budget challenges than what exists before us today. The proposal that we are presenting shows a path forward to fund a lot if not all of the state’s critical and emerging needs and fund them as core priorities in the budget. And we can do it without raising taxes on anybody or anything,” said Stokesbary.

The proposal includes roughly $608 million in fund transfers and other revenue assumptions. It appropriates $1.8 billion from the state’s rainy-day fund to pay for a series of one-time, COVID-related expenses. The plan also includes $6.7 billion in new or additional policy investments.

Provisions in response to the effects of COVID include a $300 stipend for parents of children on free or reduced-price lunch to defray the cost of remote learning and funds to implement the Working Families Tax Credit.

On the education front, the proposal includes additional funding for schools to reopen, extra instruction to address learning loss and funds for “Charter School Equity.” The enrichment funding offered for charter schools would be aligned with traditional public school levies.

Some of the new spending would be invested against $6.2 billion in savings items that the budget carves out. These savings include about $3 billion in cuts, a few of which were outlined by Stokesbary at a Tuesday press conference. They include:

The budget leaves a story four-year ending fund balance of $768 million, which Stokesbary says will allow the Legislature room to make changes if a critical needs arises in the future. By the end of fiscal year 2025, total reserves would amount to $1.8 Billion.

In addition to new investments, Stokesbary says this proposal is a fiscally responsible approach:

The budget has increased by 70 or 80 percent since the Governor was elected. It’s been averaging about 14 percent biennial growth since I’ve been serving. This budget would reduce the growth to about 4 percent per year, which is right in line with population, inflation and revenue growth.”

Responding to the question of how a federal stimulus package would impact his thinking, Stokesbary says that if the Legislature can agree on a budget that adequately funds services without raising taxes, whatever Congress sends would “only prove that new taxes aren’t necessary.”

The majority House and Senate Democrats will release their budget proposals later in the session.