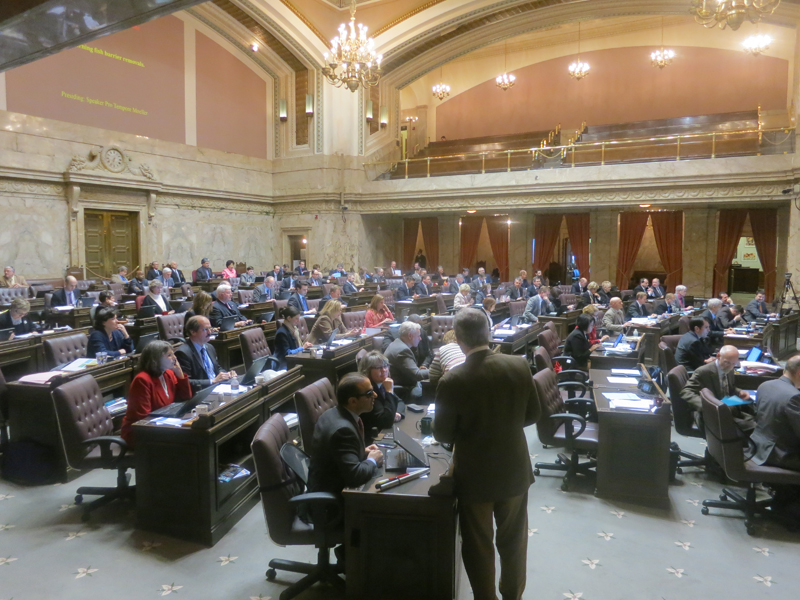 In Effort to Satisfy Feds, Choke Off Potential Competition for Retail Stores, Last-Minute Proposal Would Require Dispensaries to Close By September 2015 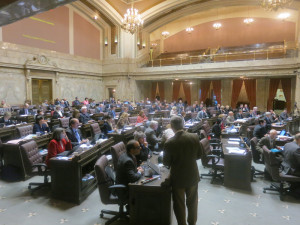 OLYMPIA, March 13.—On the final day of the 2014 Legislature, lawmakers are poised to pass a bill that would shut down all of the state’s medical-marijuana dispensaries and require patients to shop at the state’s soon-to-open highly-taxed recreational-marijuana stores.

The last-minute plan, dropped on the bar of the House late Wednesday evening, is the surprising result of a session-long effort to carve out a new role for medical marijuana, in a state where the once-forbidden drug will someday soon be sold to all comers. It started out as a bill to save the medical-marijuana biz. Now it ends it.

Lawmakers are saying it is the best idea they were able to come up after months of political argument and a showdown this week between Democrats and Republicans in the state House over marijuana taxation in general. Appalled advocates for the medical-marijuana biz were holding their heads in their hands Wednesday night. “This is just about the worst possible outcome there is,” said Craig Engleking, representing Americans for Safe Access, a national advocacy group for medical-marijuana patients and caregivers. “Patients would go from having the safe and reliable access they have now – to nothing.” 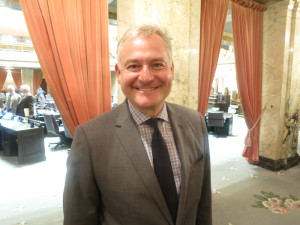 Even in a Legislature where strange things sometimes emerge under the pressure to get something done on the final day of a legislative session, this one was a stunner – a proposal that does a 180-degree turnabout from the original bill. Lawmakers say they are compelled to pass some sort of a bill regulating the state’s 500-or-so medical marijuana dispensaries. Otherwise federal law enforcement authorities might attempt to block the state’s bold new effort to allow legal marijuana sales to the state’s populace as a hole. For complicated political reasons, they weren’t able to reach agreement – so the easiest thing to do is to shut down the medical-marijuana sales channel entirely.

“We are attempting to take a modest step forward in regulating the medical marijuana market, which is totally, completely wild-West unregulated today,” said House Finance Chairman Reuven Carlyle, D-Seattle. “It is my belief, and the belief of many, that if we do not take a measured step forward and regain some control of the market, it is likely that the federal government will come in and take action.”

The plan will be introduced in the form of a striking amendment to Senate Bill 5887 on the House floor sometime today. House Democrats spent hours behind closed doors Wednesday night discussing the measure. It is unclear how the Senate will react. Medical-marijuana advocates are hoping the Senate will kill it.

Bolt From the Blue 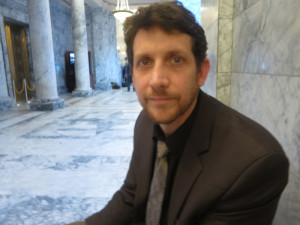 You might say it is one of those measures that demonstrates why there are public-notice requirements for bills, and why there sometimes is a furor when the Legislature disregards them. By the time the state’s medical-marijuana patients and dispensary owners find out about it, the deal may already be done. Shocked Spokane dispensary owner Paul Lugo, owner of The Herbal Connection, contacted late Wednesday night by Washington State Wire, said he has been trying to read and follow and understand every gyration of the medical-marijuana bill as it has gone through torturous revisions at the statehouse. But there is no way he’ll be able to make it to Olympia in time to change any minds.

“How in the heck can they do this? How do they rewrite these things and have a vote on it the next day before anyone can even look at it and respond to it? How do you even have time to know what it says?”

Lugo noted that in Colorado, Washington’s partner in marijuana legalization, where state-sanctioned marijuana stores have already opened, commercial shops ran out of product within days and prices went sky-high. If the separate channel for medical-marijuana sales had not been preserved, patients who rely on marijuana and marijuana-based medicines for treatment of chronic conditions would not have been able to get the product they rely upon. The bill, as it passed the Senate Saturday, would have allowed Lugo to apply for a state license. Now it will require him to shut down by Sept. 2015.

Sausage-Making at its Best

The strange outcome comes as the result of an 11th-hour political argument in the state House. Republicans argued that if the state was going to make big revisions to Initiative 502, the landmark measure that legalized marijuana in this state and opened the door to state-licensed and regulated stores, then lawmakers ought to reconsider the tax structure as well. The heavy taxes that will be levied on commercial marijuana sales are expected to generate hundreds of millions of dollars every year – as much as $500 million, according to an early estimate from the state Office of Financial Management, though many suggest that might be optimistic.

But the initiative did not impose those same taxes on the state’s medical-marijuana dispensaries, which have been operating under a gray area of the law since voters approved the sale of marijuana for medicinal purposes in 1998. Until now, state officials have been loath to regulate and provide any sort of state sanction for the sale of a substance that remains illegal under federal law. And so the dispensaries have operated in a rather shadowy fashion, some remitting sales taxes, some not, as they serve an estimated 150,000 patients statewide. Best guesses at gross revenue put the figure at about $300 million a year.

The U.S. Department of Justice has promised to look the other way when the commercial retail stores open. But it has hinted that there will be legal repercussions if far-less-expensive medical marijuana, available through easily-obtainable physician “authorizations,” provides competition for the recreational marketplace. So lawmakers say they are compelled to pass some sort of legislation this year.

In the House, Republicans argue that the bigger issue of marijuana taxation ought to be considered at the same time – local governments deserve a cut, they say. They have leverage because a change to the tax structure would amend I-502; a two-thirds vote is required in order to amend an initiative within two years of passage. Thus their votes would be required. House Democrats are loath to give up a penny of projected tax revenue – they say they need it for public schools. And if a bill has to pass, and amendments to I-502 are impossible, the easy way out is just to shut down the entire medical-marijuana business. 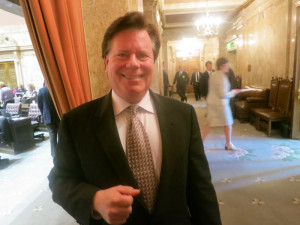 The striking amendment, sponsored by state Rep. Eileen Cody, D-Seattle, would continue to allow patients to grow for themselves. But if they wish to purchase medical marijuana, they would have to do it in the same commercial stores that serve the populace as a whole. The bill would create a voluntary “registry,” and patients with a medical-marijuana card would be entitled to a sales-tax exemption. But they would still be subject to the same high marijuana tax rate that applies to other marijuana purchasers.

Because the new bill would not amend Initiative 502, no Republican votes are technically necessary. That eliminates their leverage in the bigger fight over taxation. State Rep. Cary Condotta, R-East Wenatchee, who had led the effort to give local governments a share of the marijuana tax revenue, said the resulting bill ignores the needs of patients. “This is horrible, and trying to circumvent the two-thirds vote is to me very tacky.”

The bill may well be a boon to the very black market that Initiative 502 was supposed to combat, Condotta said. Many cities and counties are enacting moratoriums that would prevent the state-sanctioned shops from opening, on the grounds that marijuana remains illegal under federal law. But much has to do with the fact that they don’t get a share of the tax revenue. If marijuana isn’t available across major swaths of the state, how are people who need it going to get it? “They’re just building the black market,” he said.

Dispensary-owner Lugo noted that 40 to 60 percent of the marijuana that flows to medical-marijuana dispensaries is grown by patients themselves. They’ll keep growing it, he said. “Where do they think that product is going to go?” Under rules adopted by the Liquor Control Board, they won’t be able to sell their excess to the new retail stores — only big operators can do that, under tightly monitored conditions. And if green-thumb gardeners can’t sell it to dispensaries, it’s going to go to the friendly neighborhood drug dealer. Odds are he’ll be able to compete rather well with the retail stores. He won’t be paying taxes. 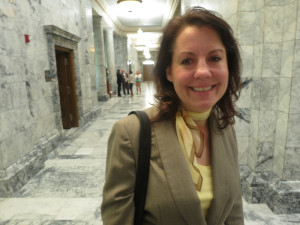 Should the bill pass the House, the changes will require another vote in the Senate. At this point it is hard to predict which way that vote would go, given the fact that the Senate is under the control of a largely-Republican majority coalition with strong ties to the Republicans in the House. But the bill’s sponsor, state Sen. Ann Rivers, R-La Center, says it is something the Senate may have to accept in the interest of passing some sort of legislation this session. “It is a mess,” she said. Rivers said one of the biggest problems in striking a deal this year was that medical-marijuana advocates have not been united, patients fighting one way, dispensaries another. “The forces became factionalized, and they started to fight among themselves. So people get whipped into a frenzy, and then who loses? The very people we are here to help.”

But right now, it is safe to say, the disparate forces in the medical-marijuana community are in agreement – best thing to do is to kill the bill. 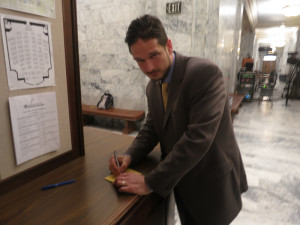 Working the doors: Ezra Eickmeyer of the Washington Cannabis Association.

Ezra Eickmeyer, political director for the Washington Cannabis Association, was out working the doors of the House late into the evening Wednesday. Though the medical-marijuana biz faces the threat of federal law enforcement action, simply shutting down the stores is even worse. He noted that many of the stores sell specialty products in medicinal form – something that is unlikely to be seen on the shelves of the new retail stores. The solution to the state’s taxing marijuana problem “should not come at the expense of people who are trying to stay alive from cancer, or people who are just finding for the first time that this medicine can treat their kids’ epilepsy in ways that no pharmaceutical could,” he said. “They’re concerned about potential loss of tax revenues, and I will say there is some truth to that concern. But what they want to do to medical marijuana to fix that problem is just disastrous.”