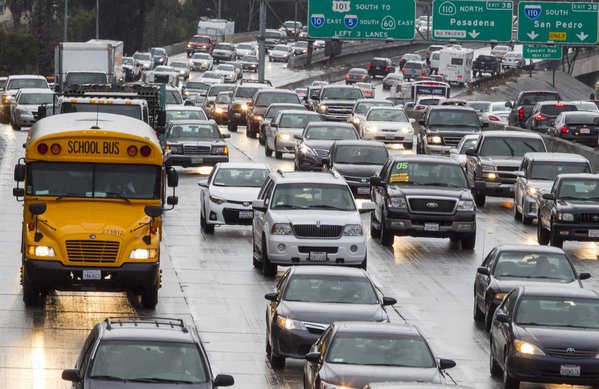 The House Democrats released their supplemental transportation budget Monday, highlighting a $453 million shortfall, with most of that amount stemming from the state’s Multimodal Fund and the rest of the shortfall coming from the Motor Vehicle Account.

Initiative 976, passed last year, caused the shortfall and has been projected for months to cause a multi-billion dollar budget gap. A fiscal impact statement from the Office of Financial Management predicted the state would lose about $2 billion in revenue, while local governments state-wide would lose an estimated $2.3 billion.

“This has been an experience, but I think the starting point is we were going to assume the initiative is upheld, and we would not be talking about new revenues to fill the gap,” Fey said. “That will be the hope and effort going forward this year through a joint transportation committee study.”

The challenge, Chair of the House Transportation Committee Rep. Jake Fey (D-27th District) said on Monday, was to craft a balanced budget while coming to terms with the uncertainty caused by I-976.

“I will say that our proposal reflects the values that we in the Democratic Caucus, but also with input and the priorities of the House Republican Caucus, represents a good effort to protect our vulnerable,” Fey said. “That’s particularly the case with special needs transportation, which is fully funded in this budget.”

Budget items in the transportation budget include a proposal of  $275 million on culverts — one of Governor Inslee’s priorities this biennium.

Preservation and safety were prioritized in the budget, as well, with no cuts in the preservation of transportation safety projects, Fey said. The budget also identifies $350 million of under-spent money that will go toward state highway projects.

“We tried to be conservative with this budget, so you might see some balances,” Fey said. “That’s because this problem gets bigger. The shortfall from the initiative [I-976], if it’s upheld, becomes a $684 million problem.”