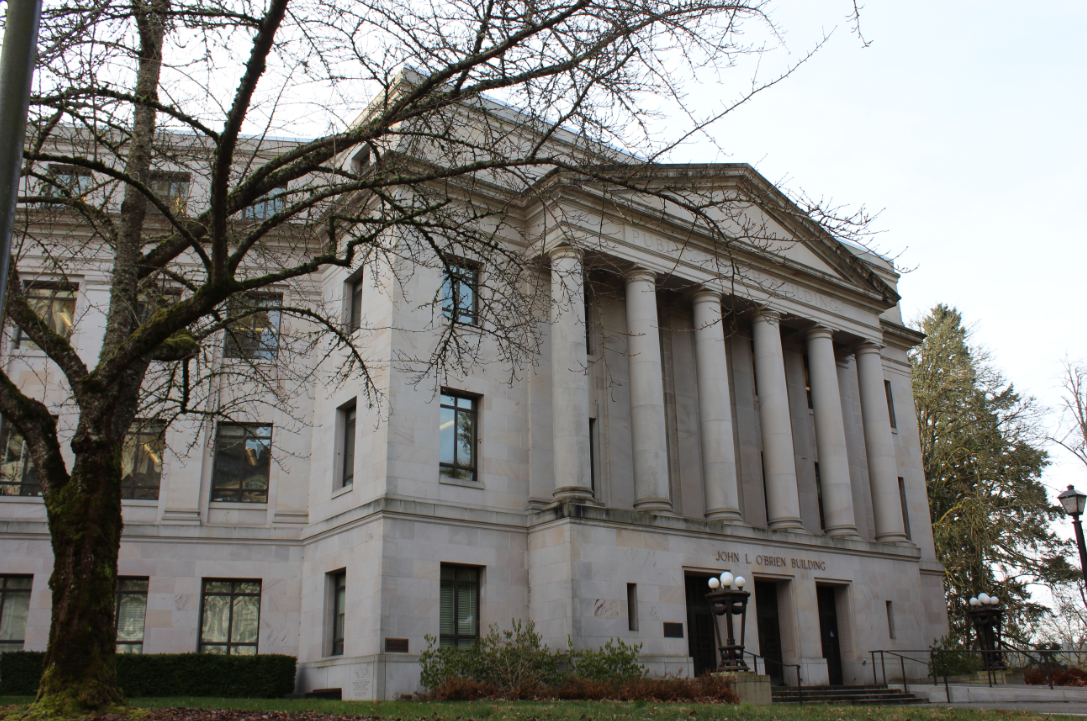 Lawmakers expressed a cautious interest in seeing the marijuana business expand in Washington at a set of House Commerce and Gaming committee hearings Tuesday.

Six pieces of legislation were heard and largely praised by supporters of the expansion of the marijuana industry in Washington.

HB 1125 would cap the number of licenses a single company, partnership or individual can have to five.

Rep. Cary Condotta, R-East Wenatchee, explained why he sponsored a bill he said could give marijuana retail businesses a chance to expand.

“There hasn’t been any Starbucks version of this happening, and we now find it’s probably time to open that up just a little bit,” he said. “There’s a number of folks that have done two or three stores successfully. I’ve toured some of them. They’re really well run. And they’d like to continue expanding some of their stores.”

He also explained why he wasn’t pushing a bill that would take a cap off altogether.

“Patients that are not registered for cooperatives don’t have any legal place to purchase So I think that’s a really import value this bill adds,” he said.

But Nordham said the language in the bill may need some refinement since the sale of plants and seeds is much different than the sale of processed marijuana.

HB 1099 would penalize cities and counties that did not have explicit prohibitions against marijuana businesses setting up, but still refused to license those businesses.

Thamas Osborn, committee staff, provided some context for the bill to the committee:

“Many cities and counties throughout the state have enacted ordinances that explicitly prohibit the siting of licensed marijuana producers, processors or retailers within their jurisdictional boundaries,” he said.

With those prohibitions those municipalities forfeit their share of the marijuana excise tax from the general fund. But, there are other communities that do not have prohibitions, but operate as though they do.

“Other municipalities have simply refused to issue the permits or business licenses necessary for the siting or operation of marijuana businesses,” Osborn said. “But without the enactment of any specific ordinance or resolution explicitly prohibiting the operation of such business within their jurisdictional boundaries.”

Under this bill those cities and counties would forfeit, according the bill analysis: “70 percent of the municipality’s share of the monies in the liquor revolving fund and; (two) all of its share of state marijuana excise tax revenues to which it might otherwise be entitled.”

Candice Bock, government relations advocate for the Association of Washington Cities, opposed the bill and asked lawmakers to refine the language.

“This may capture jurisdictions that don’t have a prohibition but do have regulations that would include specific zoning that says ‘These kinds of operations can only be in this part of town because that’s where our community finds it appropriate,’” she said. “Or some communities have adopted regulations where they put buffers between stores.”

Those regulations, she said, were “common sense” and developed with community input.

Rep. David Sawyer, sponsor on the bill, asked Bock to come forward with a solution that could address all concerns.

“The idea that your client who you represent wants to be able to circumvent our laws: it’s a tough sell, I think,” he said.

HB 1065 would reduce criminal penalties for certain types of marijuana-related offenses. Here’s how Peter Clodfelter, committee staff, described the legislation to the committee:

“Initiative 502 and subsequent state law have made certain conduct related to possessing and transferring marijuana explicitly legal. However, marijuana remains a controlled substance under the state Uniform Controlled Substance Act. So generally, when someone possesses marijuana or transports marijuana outside of what is explicitly legal, that person is committing a Class C felony,” with some exception, he said.

This bill would amend the penalties with respect to certain conduct related to possessing and transferring marijuana.”

It would become legal, under this legislation, to share or gift small amounts of marijuana. David Mendoza, senior policy adviser for Seattle Mayor Ed Murray, spoke in support of the bill at the hearing.

“Removing this technical felony from our state law equates to legalizing sharing a glass of beer or glass of wine among friends,” he said. “Providing marijuana to minors would still remain a crime.”

Lawmakers heard proposed legislation that would call for updating the packaging standards of edibles from being child proof to being child resistant, HB 1124. The committee also heard HB 1127, which would partly function as a clarifying bill, said committee staff Thamas Osborn. According to the bill analysis:

“The bill makes technical corrections to statutory terminology in RCW 69.50.331 so as to make it consistent with the terminology defined in the (Uniform Business Organizations Code). Specifically, the terms ‘partnership’, ‘employee cooperative’, ‘association’, ‘nonprofit corporation’, and ‘corporation’ are deleted and replaced by the general terms ‘business entity’ or ‘nonprofit entity.’”

But it would also allow for out-of-state investments, Condotta, a sponsor on the bill said.

“This is an attempt to allow limited investment from out of state, a non-majority position. Because there is evidently capital out there that wants to come,” he said. “We’re trying to find a careful balance and way to do that without again creating a corporate conglomerate within the state.”