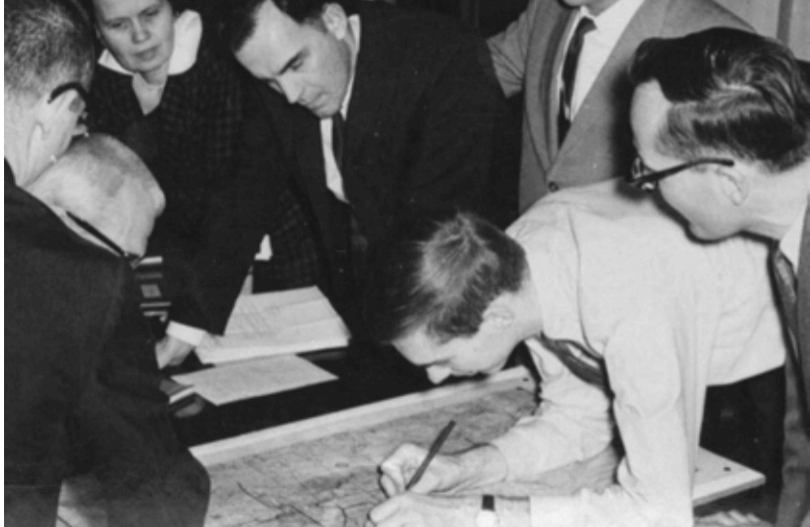 History of redistricting in Washington State

Washington State enjoys what some call “the best model in the country” for redistricting. Those were the words former US Senator Slade Gorton used in a recent interview with the Wire, and it’s a view widely shared by political observers both in and out of Washington State.

In Washington’s model, a bi-partisan commission of four voting members, appointed by each of the four legislative caucuses, must develop a map that garners three commissioner votes. There is a fifth, non-voting chair of the commission, but for the most part, the line drawing is left to these two Democrats and these two Republicans.

In other words, Washington State’s redistricting process has earned some significant measure of bi-partisan support and deference.

It wasn’t always this way.

The Constitution of the United States allows each state to determine its own processes for redistricting within certain bounds.  Washington is one of only seven states that redistricts by commission.

In 1889, as Washington was becoming a state, the original Washington State Constitution said only that districting should be based “on the number of inhabitants” after each U.S. Census. However, despite adding state representatives to keep up with population growth, few changes to actual districts occurred.

After complaints over inequity in districts in the 1930’s and 1940’s, the League of Women Voters (LWV) drafted a plan to add three legislative districts and redraw the district map based on census bureau tract rather than geographic precincts. In 1956 LWV gathered enough signatures to place I-199 on the ballot and it passed with 52.45 percent of the vote.

The new law was immediately amended by the Democratic legislature, however, to return the districts to their original “safe” form.  This involved districts with wildly different populations. For example, League of Women Voters report compares the 1950 population of District 10, which included Columbia, Garfield, and Asotin Counties at 18,942, while Seattle District 31 had a population of 151,784.

Shortly thereafter the Attorney General John O’Connell sued the then Secretary of State, Victor Meyers, to compel enforcement of the redistricting plan approved in I-199, contending that the legislative amendment nullifying it was unconstitutional.  The State Court did not find the Legislature’s action unconstitutional because under the State Constitution, the Legislature had the authority to make the factual determination as to how the districts should be drawn.

Around the same era, a spate of redistricting case were brought at the federal level to challenge legislatures that were failing to adjust their districts as required. In 1962, the U.S. Supreme Court decided one of the most seminal cases on redistricting and reapportionment, Baker v. Carr, 369 U.S. 186 (1962). In Baker, the Court for the first time acknowledged a judicial remedy for redistricting challenges and upheld the Constitutional principle of “one man, one vote” – that Congressional districts should be apportioned on the of population.

Near the same time, the case of Thigpen v. Meyers, 211 F.Supp 826 (W.D. Wash 1962), tested whether the principle applied at the state level in Washington State, along with several other cases filed across the country.

Unlike several other districts throughout the country, the Western District held in Thigpen that Washington’s were “invidiously discriminatory and hence unconstitutional” and threw out the Democratic plan.  The Court noted:

“The Washington Legislature must be apportioned on a constitutional basis. Invidious discrimination gnaws at the very vitals of our democratic way of life. Reapportionment is a political act, a constitutionally created duty which every member of every legislature has taken a solemn oath to perform.” P. 832.

But the court stopped short of prescribing a plan for how this should be done, ordering the Legislature to come up with a plan in the next session that would pass Constitutional muster.

Determining a political solution to redistricting

In the meantime, LWV tried again to get their plan adopted with I-211, but this time it was defeated in November after a hard fought campaign, leaving the legislature as the entity required to take action.

Despite the court order, the Legislature could not agree on a plan by the next election. Though the court suspended the order to allow for election (under the old plan), it ordered the Legislature to redistrict before it passed any other measures. Finally the legislature completed an acceptable plan in 1965.

Instrumental in its creation were both Mary Ellen McCaffree, a freshman legislator, who had previously served as the president of the League of Women Voters, and then-Representative Slade Gorton.

In the case of Gorton, redistricting was a central issue in launching his political career. It is the most important issue in ending the speakership of John L. O’Brien, a role in which Gorton was a central player. It helped elevate a young Republican leader named Dan Evans to the governor’s mansion in 1964, one of Gorton’s closest allies. And, it established Gorton as among the legislature’s most formidable tacticians and strategists.

Redistricting began again in 1970 with the new census, but politics again delayed the process. In 1971, the court again got involved and ordered the legislature to complete the new redistricting plan by February 1972. It warned that the court would take over if the Legislature failed.

A central figure in this was Washington State’s new Attorney General, Slade Gorton. Gorton was elected in 1968, and wrote an AG opinion in 1970 that becomes the bedrock legal framework that the courts would ultimately follow.

The legislature did fail to find a political compromise and the court appointed a special master, a geography professor from the University of Washington, to redistrict the state. His plan was adopted a month later.

In 1981, the process repeated itself with legislative failure, followed by a court case.

Weary with the constant haggling over district boundaries, Legislators began to take a different tact and in 1982 floated the idea of a bi-partisan redistricting commission.

The idea quickly gained traction among legislators, which appointed a temporary five-person commission to finish the 1980 redistricting plan. The commission reached an agreement in less than 90 days.

The idea was so successful that in 1983 the Legislature passed the idea in bill form and voters approved a measure to amend the State Constitution to include the idea.

The amendment established permanently established a five-person committee made up of one appointed member from the minority and majority party of each legislative chamber and one non-partisan, non-voting member appointed by those four original members.

Codified at RCW 44.05 et. seq., RCW 44.05.090 provides that the commission should “exercise its powers to provide fair and effective representation” and that “the commission’s plan shall not be drawn purposely for favor or discriminate against any political party or group.”

It was this language providing no partisan advantage that helped to build and hold bi-partisan support for the model since passage in 1983 – and which has earned Washington State high praise from observers across the country.

This article is part of a series titled “Redistricting Washington State: How the lines are drawn,” in which we explore the history, implications, and details of the state’s once-a-decade redistricting process. Read more about the series here.﻿