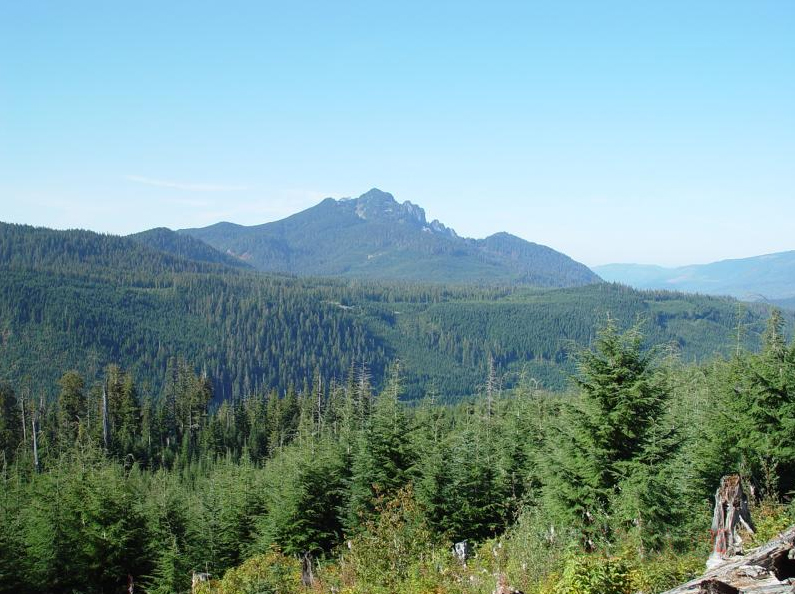 For all the enthusiasm I hear from my party about saving endangered species, I wish there was a little more sympathy for the most endangered creature of all – the Democrat who represents a rural district.

There aren’t many of us left, and the way things are going this year, our line may die out with the present generation. A single issue, the state Supreme Court’s misguided Hirst decision, may well determine whether our children will ask, in places like Shelton, Sequim, Aberdeen, Longview, Port Angeles, Issaquah and other small cities around the state, “Mama, what was a Democrat?”

I pity the poor mother who will have to answer, “They’ve got one on display at the county museum.”

My party is reacting with indifference to one of the biggest crises rural Washington has ever faced, and this one has our extinction written all over it. But that’s really a small concern compared to the looming disaster for the state’s rural economy and the hardship it will wreak on thousands of families. Hirst threatens them with bankruptcy and shattered dreams, and those who survive, in small towns across the state, will struggle under the burden of dramatically higher property taxes. All in the name of hard-hearted urban political ideology.

Sure, there are other examples of our state’s urban-versus-rural divide. We’ve seen vetoes this year of common-sense efforts to make our state’s Growth Management Act more flexible. We’ve seen lawmakers from the prosperous urban areas on Puget Sound seek the biggest tax increase in Washington history, for reasons of dubious merit, without a whit of concern for the average Joe or Jill who runs a gas station in Cosmopolis.

But those battles we fight every session. The Hirst debacle is bigger than them all. The Supreme Court’s ruling last fall applies pressure to the windpipe of rural Washington by making it difficult, if not impossible, for rural property owners to drill new wells. If you can’t hook up to city water, tough. No water means no development.

That’s the whole idea, and a little context is probably in order. For years our state’s environmental groups have worked with like-minded legislators to force ever-greater numbers into densely populated cities, apparently with the thought that the rest of the state ought to be set aside as a nature preserve. This was the idea behind this state’s Growth Management Act, passed in 1990, though it probably should be said that land-use planning by itself isn’t harmful – it’s the ham-handed way it often is carried out.

As these increasingly restrictive land-use rules have ratcheted down, a quieter battle has raged over water. The state has long permitted rural property owners to drill small, family-sized wells, without going through the costly and cumbersome process of obtaining a water right. These “exempt wells” have so little impact on water supply – less than 1 percent statewide – that no general state restriction is justified. In those isolated basins where water supply is a concern, the state has demonstrated its ability to regulate, for better or worse. Sensible legislators have rejected proposals for one-size-fits-all statewide restrictions, like hefty fees for mitigation, precisely because we understand people’s livelihoods are at stake.

Then environmental groups pressed the Hirst case, and the court turned the tables on us. The decision swept aside decades of water law. Counties can no longer rely on general advice from the Department of Ecology. They must evaluate each application for water one-by-one, to determine whether overall water supply is harmed. Rural property owners must obtain costly studies, with no guarantee that a favorable result will mean water. County governments say they lack the ability to evaluate the information they receive. They know they will have to defend their decisions against a new spate of environmental lawsuits – and some already have thrown up their hands.

Experience shows us this de facto moratorium will cause the value of undeveloped rural property to plummet, and property taxes will be shifted to those who remain standing. Everyone will suffer. In the Senate we have passed a bill that would restore pre-existing water law. But the only idea that seems to be emerging in the House, controlled by my own party, combines old green notions that just lead to more restrictions and higher costs.

The underlying assumption seems to be that people who live outside of cities are a problem. Yet there is no problem. My property, out on Hood Canal, is served by a well, and let me assure you, virtually every drop I pump is returned to the aquifer through my septic system and drainage. That’s not true for city water, which often is pumped miles away from its source, or from deep aquifers, to homes and businesses and back out again to rivers and Puget Sound. Many of us were outraged this year when the broken Seattle Metro system dumped hundreds of millions of gallons of raw sewage into the Sound. Now, that’s a problem. Kind of strange the environmentalists didn’t raise a ruckus about that one.

I think everyone in the Legislature is aware of the damage we will cause if we fail to act. But I want to offer a warning to those in my party who believe they must go along with urban leaders who owe their loyalty to environmental groups. As the longest-serving member of the Legislature, I have witnessed a disturbing trend these last 27 years. Democrats used to be elected from districts around the state, both urban and rural. Starting about 25 years ago, many rural Democrats began to feel uncomfortable with the party’s progressive tilt. These legislators held Democratic values, reflected the moderate-to-conservative views of their constituents – yet found they had no place in the caucus rooms of Olympia.

Some retired. Some switched parties. Some, like myself, were driven out by this deference to powerful special-interest groups, and forged a coalition with Republicans in the Senate to bring balance to the legislative process. Today not a single Democratic legislator is elected from Eastern Washington, outside of central Spokane. The Democratic Party has increasingly been concentrated in the urban districts of the Seattle-Tacoma area, where it is free to ignore the needs of those who live anywhere else.

But there are still a few of us left in Western Washington. Democrats who represent rural areas and fail to take a stand for the people they serve will likely find their days are numbered, and risk ending up on exhibit at the county museum in a dusty glass case.