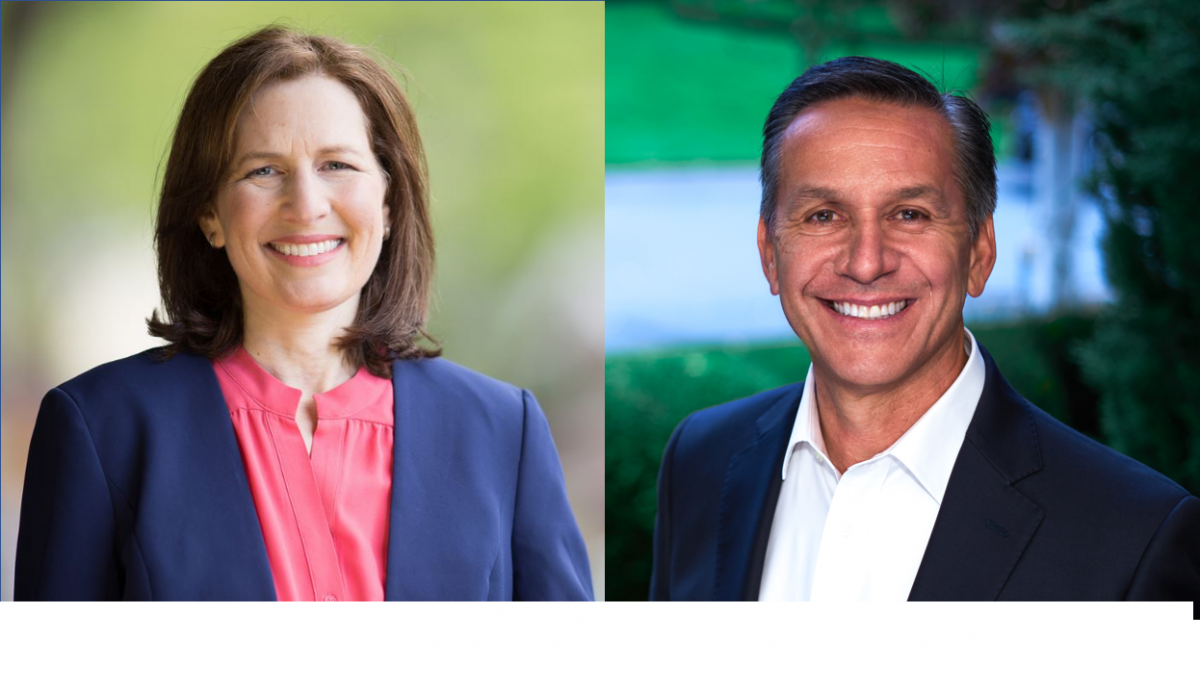 Health care figures as a key issue in Rossi/Schrier race

The results of a new AARP poll released on Wednesday, shows older voters in Washington’s 8th Congressional District have health care on their minds as the midterm election looms. This appears consistent with the candidates’ own assessments of the key issues as both Republican Dino Rossi and Democrat Dr. Kim Schrier have drawn ample attention to health care policy since August’s primary.

AARP surveyed 616 voters age 50 and older in mid-September, to discern their main concerns as they cast their ballots this fall. Over half of those that responded indicated that the candidate’s positions on health care costs, Medicare, rising prescription drug costs, and helping older people live independently were very important to them, with lowering health care costs garnering the most concern.

The poll also asked 50+’ers, “If the election was being held today, which of the following candidates would you vote for?” The results were close, with 45 percent supporting Schrier and 37 percent backing Rossi, with a 12 percent margin of error. But since Americans over the age of 50 consistently have higher turnout compared to younger voters, the poll could be an important read of the district.

Rossi and Schrier have chosen to make health care a centerpiece of the race. In September Rossi released a controversial ad claiming that Schrier’s practice turned away Medicaid patients. Schrier disagreed with the ad’s characterization, clarifying that while her practice did not take all Medicaid insurance plans due to low reimbursement rates, she does serve some Medicaid clients.

Schrier’s platform includes a several page health care plan in which she grounds her message as a crusader for health care change. Schrier released her own ads vowing to “take on insurers and drug companies that jack up costs” and highlighting her years in the health care industry.

New York Times/Siena College live polling from the end of September may indicate that her health care reform heavy message might have been working. The poll showed the race as a virtual dead heat, with 46 percent of the vote going to Schrier and 45 percent to Rossi with 9 percent reporting undecided. Given the margin of error at ±4.6, the race seems hard to predict with the candidates each drawing support from differing demographs. 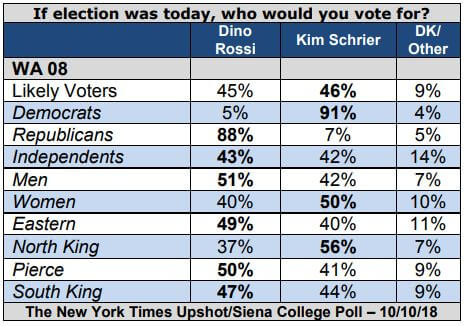 However, a new Crosscut/Elway poll suggests that her slight advantage of the last few weeks may be disappearing in the wake of the Kavanaugh confirmation hearings. The poll of 400 eligible voters returned a 49 percent to 39 percent advantage in favor of Rossi with a margin of plus or minus 5 points, consistent with the bump Republicans have been seeing nationwide.

For her part, Schrier released a new ad this week attacking Rossi’s business dealings with disgraced fugative financier Michael Mastro. Rossi denounced the ad as “sleazy garbage,” suggesting it was despiration move due to the sinking polls.

The candidates have just one debate scheduled this Wednesday, October 17th at Central Washington University in Ellensburg where Rossi will likely be pushed by Shrier to flesh out his policy platform… and his business dealings.

Yet with three weeks, another debate, and plenty of rhetoric still to come, the ultimate result is still very hard to predict.