Gov. Jay Inslee says the state now must compete with suitors nationwide in its effort to woo Boeing.

OLYMPIA, Nov. 14.—A grim-faced Gov. Jay Inslee declared it’s not over yet after Boeing Machinists overwhelmingly rejected a labor contract that guaranteed the jetmaker’s next-generation 777X airliner would be built in Washington. And indeed it may not be over – but the debate could change the course of the next legislative session, moving issues like workers’ comp and water-quality standards to center stage.

Members of the International Association of Machinists and Aerospace Workers rejected a labor contract Wednesday that would have required them to make significant concessions on health and retirement benefits in addition to extending a no-strike clause. The vote would have sealed the deal and kept Boeing from leaving home. But by turning down the contract by a two-to-one margin, the Machinists have triggered a national competition for the lucrative aircraft factory, and suddenly Washington finds itself up against every state hungry for the prize.

At a late-night news conference after votes had been counted, Inslee said Boeing officials have assured him that Washington is still a contender. But now the Evergreen State finds itself up against South Carolina, California and every other state with a hankering for the more than 50,000 jobs and the billions of dollars in tax revenue that the 777 line will generate. Boeing will begin a nationwide search Thursday, Inslee said. “We are fully ready, able and willing to compete 100-percent to win this airplane, based on the strong assets of the state of Washington,” he told reporters. “We have strong assets and we intend to win this competition.”

So what’s it going to take? The Democratic governor said the renewed competition ought to underscore the case for a transportation package – a Boeing priority that is now the subject of intense negotiation between House and Senate. But transportation isn’t Boeing’s only priority, and others may prove harder for Inslee and his supporters among labor and green groups to swallow. Boeing came to the Legislature last session seeking workers’ comp reforms and a more moderate approach to stringent water-quality standards now being considered by the state Department of Ecology. The competition for Boeing’s favors could drive a spike through the climate-change legislation that Inslee has indicated will be the next big push for his administration – low-carbon fuel standards and a cap-and-trade system that would impose big new costs on industry. And as if to demonstrate just how things have changed, state Sen. Michael Baumgartner, R-Spokane, early Thursday morning announced that he would push legislation making Washington a right-to-work state. The union vote Wednesday means a whole new ballgame at the statehouse. 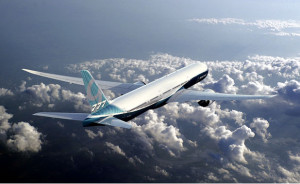 Last week lawmakers met in a hastily called special session to pass a pair of Boeing bills that streamlined the permitting for new aircraft production facilities in Everett and elsewhere, and extended aerospace tax breaks for another 16 years after their scheduled expiration in 2024. The tax-break bill was worth $8.7 billion, somewhat less impressive when one considers that it is measured against Washington’s higher-than-typical tax on business gross receipts. But the linchpin of the deal was the union contract, and the handwriting was on the wall last week, when at a meeting at Machinists Hall in Seattle, business representative Tom Wroblewski tore up the contract onstage and called it “a piece of crap.” Some 67 percent of those voting Wednesday said no to the contract, though the exact vote was not available at presstime. Machinists Local 751 represents more than 31,000 Boeing workers.

“Today the democratic process worked and our members made the decision to not accept the company’s proposal,” Wroblewski said in a statement issued to press. “It is my belief that we represent the best aerospace workforce in the world, and hope that as a result of this vote Boeing will not discard our skills when looking to place the 777X.”

The Boeing contract offer would have replaced a traditional fixed-benefit pension plan with a more industry-standard fixed-contribution plan, and would have required workers to pick up a greater share of their health-benefit costs. Each worker would have received a $10,000 signing bonus had they approved the deal.

“We preserved something sacred by rejecting the Boeing proposal,” Wroblewski said. “We’ve held on to our pensions, and that’s big. At a time when financial planners are talking about a ‘retirement crisis’ in America, we have preserved a tool that will help our members retire with more comfort and dignity.”

Boeing CEO Ray Conner countered in a statement that the company would immediately begin a nationwide search for a plant location: “Without the terms of this contract extension, we’re left with no choice but to open the process competitively and pursue all options for the 777X.” Among the possibilities is South Carolina, where Boeing located a second production line for its 787 Dreamliner in 2009. Standard line of analysis is that South Carolina’s inexperienced workforce and nascent aerospace industry have contributed to the troubled airliner’s production delays, yet the combination of lower labor costs and tax incentives presented by the Palmetto State proved irresistible for a company increasingly focused on the bottom line.

At Inslee’s late-night news conference, the governor vowed an all-out effort to retain Boeing. “This is a tough night for the state of Washington,” he said. “We could have had a big win tonight. We could have grabbed the brass ring for this airplane. But I want to say this. What we were unable to finish tonight means that we are starting a new chapter of competition for this airplane.”

Just before the news conference Inslee said he spoke with John Keating, Boeing senior vice president in charge of government operations. “I said, ‘Are we in contention?’ And their answer was an unequivocal yes. That is the right answer for Boeing and it is the right answer for Washington, and the reason it is the right answer is that we have an unparalleled record of success in delivering products of a high quality, in extremely acutely sensitive manufacturing technologies. So we have a tremendous proven track record that is unparalleled compared to anywhere in the United States, or around the world, for that matter. That is very important to the Boeing Co. right now.”

Yet for all the brave words, those factors weren’t enough for Boeing in 2009.

Inslee said the contract vote ought to cause lawmakers to redouble their efforts to negotiate a transportation package. He noted that lawmakers met in his office Wednesday to discuss a new proposal from the largely Republican Senate majority. The Senate’s $12.3 billion proposal would impose an 11.5-cent gas tax increase over three years and earmark money for major projects aimed at congestion relief – but there are several big sticking points that could require months of bargaining. “This should sharpen legislators’ attention for the need to accomplish a bipartisan transportation package,” Inslee said.

But there are other implications of a renewed effort to woo Boeing that might make the Inslee Administration gulp. Earlier this year Boeing lobbied hard to slow down a Department of Ecology effort to adopt the nation’s most stringent water quality standards – rules so tough that no technology is available to meet them. Around the statehouse it is known as the “fish consumption” issue, because current standards are based on an estimate of average fish consumption — regulators argue that the estimate should be based on consumption by the state’s biggest fish-eaters, Indian tribal members and recreational fishermen. Boeing sought budget language that would have required scientific studies to determine whether the water-quality standards would improve human health. But the move failed when the Inslee Administration, closely aligned with environmental groups, threatened a veto.

Boeing also was among the business interests that sought an expansion of a limited worker-comp settlement program authorized by the Legislature in 2011. Though lump-sum settlements for injured workers in lieu of pensions are commonplace nationwide, Washington’s program represented a baby step in that direction, and returns so far have been disappointing. Washington allows settlement only of disability claims, restricts eligibility to the oldest workers, and mandates a “structured settlement” scheme in which payouts are made over time. A move to expand the program to younger workers was beaten back this year after opposition from labor interests, another key Inslee constituency.

And the play for Boeing also could spike one of the Inslee Administration’s biggest dreams – far-reaching legislation aimed at decreasing greenhouse-gas emissions by imposing new costs on industry. Though a legislative workgroup on climate-change legislation has yet to reach conclusions, Inslee appeared to leapfrog it last month when he announced support for a Washington-state cap-and-trade policy, modeled after a similar program in California. He followed by signing an agreement pledging support for a western states-and-provinces cap-and-trade zone and promising to implement low-carbon fuel standards. The Inslee effort has rankled some business groups that are supporting a gas-tax increase, and while Boeing has yet to take a public stand, the policies clearly would have an effect on its bottom line.

At Wednesday night’s news conference, Inslee said nothing about the other issues that may come into play as the state makes its bid for the 777X. But he said the state is now in for an intense round of competition unlike anything so far. Said Inslee, “The game is afoot, as it is said, and we intend to compete – and that is what we will be focusing on.”