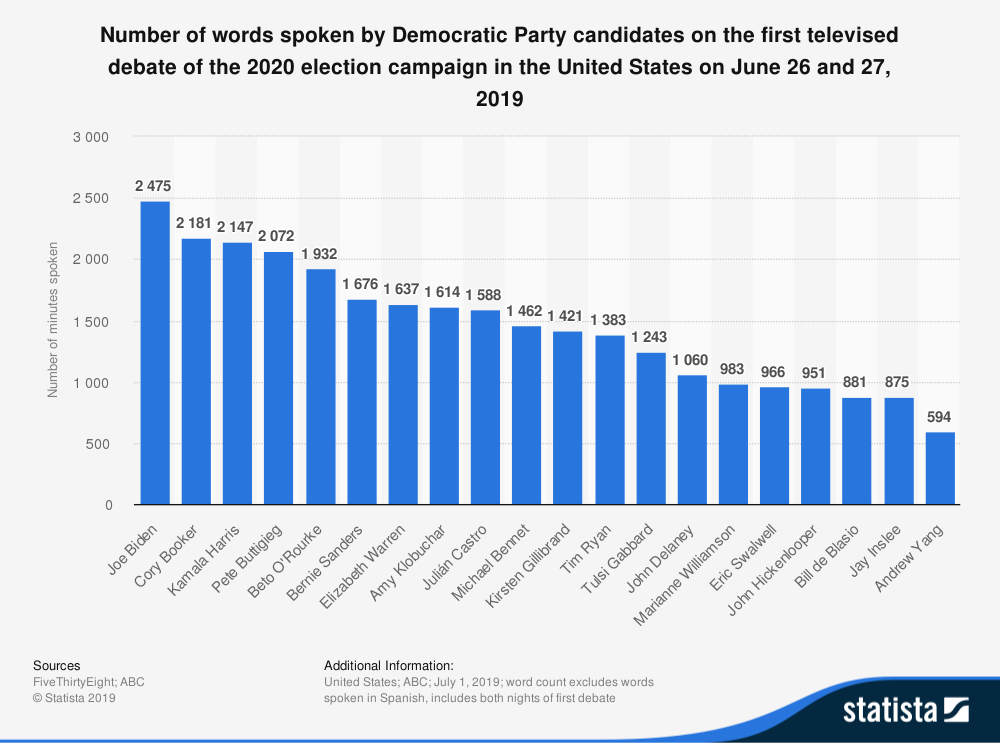 With the sun having apparently set on Jay Inslee’s presidential campaign, we wanted to conduct a post-mortem on the effort. This is commonly done inside campaigns, or among consultants, to try to learn from both successes and mistakes.

So, we thought we’d do it here for our Wire readers.

I spoke with a handful of folks, certainly not an exhaustive list, but with current and former campaign professionals not otherwise engaged in the “climate mission.” Their opinions were generally in line with each other, and they informed my own.

That said, the comments below are mine alone, not to tarnish those around me… Here is how the Inslee 2020 campaign performed in one person’s judgement.

This was the strongest element of Inslee 2020. Jamal Raad and the media relations team hit home run after home run throughout the campaign.

From getting sweeping bio pieces in the Atlantic, to closing out the campaign on Rachel Maddow’s show, almost all of the national press that covered Inslee was significant, serious, and strikingly positive.

Now, that’s already appearing to lose momentum as Inslee returns to engage with the local press, a group that is less enthralled with him.

But, even during the national effort, the local media coverage was largely positive.

Inslee’s pathway through a crowded field was always to carve out a lane on climate change. While Inslee largely sang a single note during this campaign, that was generally a smart move, or so it appeared initially.

By being the “climate guy,” Inslee stood out from the crowd and made a name for himself.

The problem on messaging arose when this approach was a success. Voters who had been impressed by their first look at Inslee asked “What else ya got?”

Climate alone would never be enough to win the presidency. At some point, Inslee would have to show that he had the range of ideas on topics well beyond climate.

That should have been known — that this next level campaign messaging would have to be developed. But, when that was attempted, when the campaign began to roll out other policy platforms, the messaging there stumbled.

It was as if the campaign was surprised that folks wanted more information about Inslee. After voters had their first look and found they liked Inslee, the campaign wasn’t ready for the second look.

Inslee found significant fundraising success in spite of not catching fire in the campaign.

Getting over 130,000 unique donors when other candidates couldn’t is a big deal. Half the field hasn’t done that yet.

Raising over $3m in the second quarter was impressive. He raised practically as much as Beto O’Rourke’s $3.6m, the one time “ascendant” presidential hopeful.

Comparing Inslee’s haul with the leading Democrats like Pete Buttigieg ($24.5m) or Bernie Sanders ($18m) in the race isn’t probably the right comparison. A better comparison might be John Hickelooper ($1.1m), or Michael Bennett ($3.5m).

Overall, in the second quarter, Inslee finished 10th out of 21 candidates in fundraising, a solid performance in a crowded field.

Inslee doesn’t get an F here mostly out of deference to his office.

The campaign never put together a field campaign of any real measure. Politico reported Inslee had “Essentially no field effort in Iowa,” the state where a field effort is required, and where Obama was better than everyone else in 2008 (even when no one knew it back in August of that year).

That work was not done. And, in fact, it appeared that this work was never intended to be done.

Jay Inslee is a good candidate. That came through on the trail.

He is affable, informed, and passionate. He’s charismatic and charming. Inslee is a good guy, and folks appeared to gravitate to him on the trail in meaningful ways.

However, in the first debate, when the nation’s eyes were watching, Inslee seemed ill-prepared. He had fewer words spoken in the debate than any other candidate on his night. Overall, on the two nights, only Andrew Yang had fewer words spoken. Inslee didn’t seem to have a plan for how to stand out and create space for himself.

When the lights were on, when the nation was watching, Inslee didn’t seem up to the task.

This was the turning point in the campaign, that first debate, and it stuck with him moving through his remaining weeks on the trail.

With communications and fundraising so strong, senior campaign staff could focus on supporting their candidate, getting field set up, and moving organizations to Inslee’s cause (the ‘wholesale’ side of campaigning).

Getting a field effort set up was part of the campaign staff’s job, too, something discussed above. Let me put a sharper point on this.

Not only was there not a field campaign, staff didn’t have a place for the candidate to be on July 4th. Inslee was home on Bainbridge Island at his home town parade, rather than in a parade in Iowa.

Certainly, the staff could have found a parade for Inslee to be in somewhere in Iowa. But, that didn’t happen.

No campaign is perfect. This one was a long shot, for sure, with a first time presidential candidate and a campaign team that had a mix of experience.

The campaign exceeded expectations in fundraising and in media relations. It also had an undeniable impact on the policy conversation, moving climate change further into the mainstream of the Democratic conversation.

Taken together, this was a campaign of which Jay Inslee, his campaign staff, and the residents of the State of Washington can be proud.