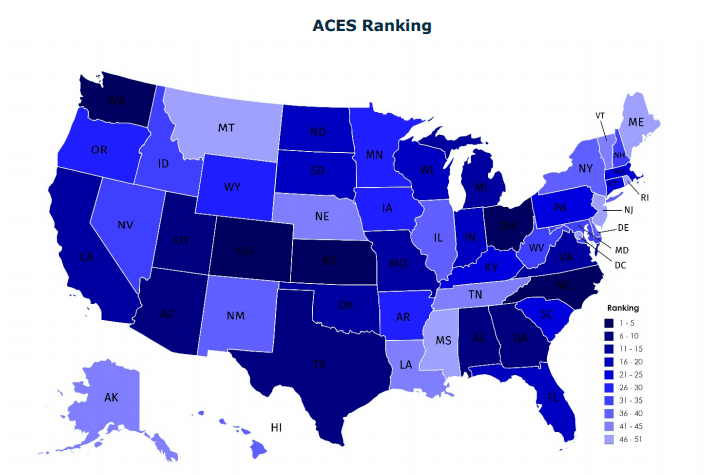 A new study from the Choose Washington New Mid-market Airplane (NMA) Council finds Washington to be the most competitive and advantageous location for aerospace manufacturing in the country. The state-commissioned study was conducted by Teal Group Corporation, which evaluated 41 metrics to rank all 50 states and the District of Columbia on their business environment for aerospace design and operations.

The report’s 41 metrics are grouped into eight categories – Costs, Labor & Education, Taxes & Incentives, Industry, Infrastructure, Economy, Research & Innovation, and Risk to Operations – and weighed according to their overall impact on productivity and profitability.

In the overall ranking, Washington ranks #1 as the best competitive business environment for aerospace operations in the country. Following behind Washington are Ohio, North Carolina, Kansas, and Colorado.

Broken down by category, Washington ranks first in Industry and Economy, second in Costs and Labor & Education, and fifth for Risk to Operations, Taxes & Incentives, and Research & Innovation. Washington received its lowest scores for Infrastructure where it ranks 14th.

Governor Inslee launched the Choose Washington NMA council in 2017 as a way to encourage Boeing to continue to invest in Washington State and add its new middle-market airplane production here.

During a press conference announcing the results of the study, Gov. Inslee was asked about how Seattle’s head tax and “reputation for being hostile to business” might impact Boeing’s willingness to build its middle-market airplane in Washington.

“Washington state has an extremely, extremely attractive tax climate for the aerospace industry,” replied Inslee. “We have provided probably the greatest beneficial tax treatment in perhaps industrial history to the aerospace industry. [That] remains the case. It is undiminished by anything that happened in Seattle…”

“When you build an airplane, you’ve got to look at the numbers, not just press releases. And the numbers show that if you’re concerned about tax treatment, you better build your plane in Washington State. Because we’ve had an extremely beneficial tax treatment and that will remain the case regardless of what’s going on north of White Center.”

The Governor was also asked about the recently filed class-action lawsuit against Sound Transit. Traffic congestion and the ease of worker commutes has long been a focus for Boeing. When asked if the ST3 lawsuit undermines Washington’s competitiveness, Inslee avoided discussing the potential impact of the lawsuit, but commented on the state’s commitment to investing in improved transportation infrastructure.

“Well, I am hopeful that we will remain on track with the Sound Transit investment and I think there’s a reason to believe that we will remain on track. And right now we have one of the biggest infrastructure investment programs certainly in the history of the state of Washington,” said Inslee. “In many other states they’ve done nothing about their infrastructure. Today we have $84 billion of infrastructure improvement in our transportation… we’re optimistic about our future, we’re optimistic about aerospace, that’s why we’re making such huge investments in transportation infrastructure.”

Washington’s 14th rank for Infrastructure is in part due to the state’s 39th ranking for road conditions.