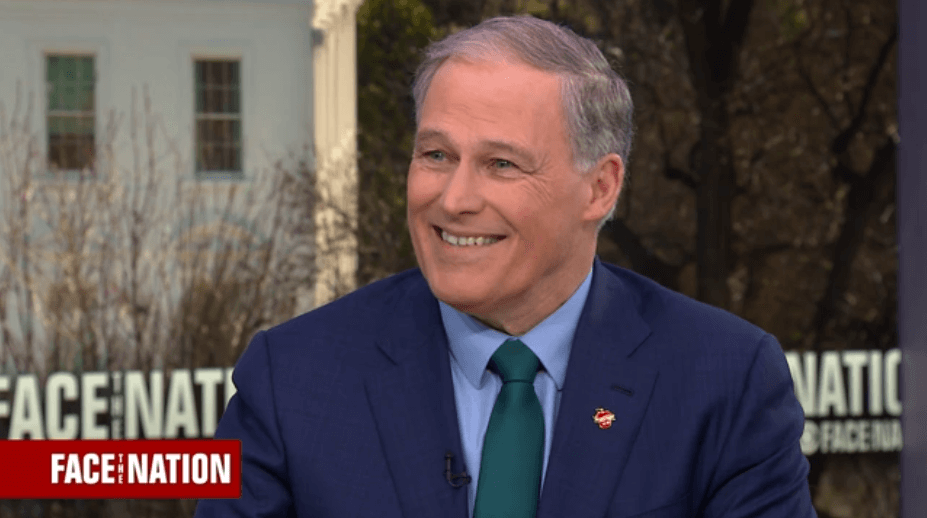 On the CBS News program “Face the Nation” Sunday, Washington Gov. Jay Inslee reiterated his position on Trump’s national emergency declaration and admitted he may make a decision about a presidential run as early as this week.

Inslee was interviewed alongside Democratic Gov. Michelle Lujan Grisham of New Mexico, one of the 16 states suing the Trump administration following the president’s declaration. Moderator and correspondent Margaret Brennan asked Inslee whether Washington would join the other states in filing suit.

He reiterated the stance he and Washington Attorney General Bob Ferguson have taken.

“The moment that the administration jeopardizes any federal expenditure in our state, we will file suit,” Inslee said. “And we feel good about our chances to succeed. We have done so.”

At a press conference last week, Inslee said he wouldn’t know what services in Washington would be impacted by the declaration until “there are some decisions by the Department of Defense.”

When Inslee suggested that, actually, climate change is an emergency, Brennan pressed him on that. She asked whether he believes a president should “be able to declare a national emergency in pursuit of a policy goal.”

Ultimately, Inslee stressed that he doesn’t believe Trump’s declaration is constitutional, and that he wouldn’t declare an emergency in a similar situation.

“…it clearly is a contravention of basic norms of American democracy for Congress to pass an appropriation bill, identify what is legal and illegal, have the President say he just disagrees with that and countermand the entire authority of the United States Congress.”

Whether Washington’s governor will vie for Trump’s job was the final topic of discussion, with Brennan asking Inslee to confirm when he’ll make his final decision on whether he’s running for president.

After a vague answer regarding a run, as is typical from Inslee, he eventually admitted that his decision could come as soon as this week.

“I’ve been pleased by what I’ve been hearing across the country, that people do want a president that will act on a real emergency, which is climate change,” Inslee said.

Inslee was in Washington, D.C., last weekend for the National Governors Association’s Winter Meeting — there’s more about that trip on the governor’s Medium page.