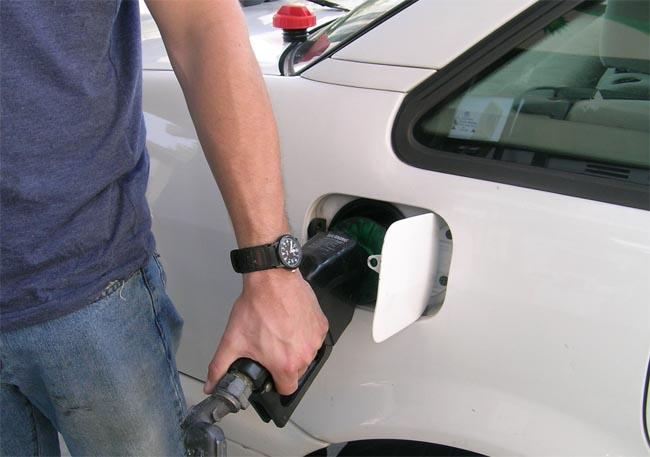 Fuel Standard Gums Up Transpo Deal In Oregon; Washington Too? 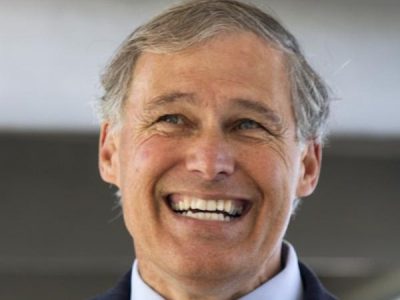 Plans in Washington for a Low Carbon Fuel Standard are getting a rough ride as lawmakers and Gov. Jay Inslee try to engineer a badly-needed transportation spending package. And in Oregon, a clean fuel standard passed into law in March had looked as if it would be repealed late this week in order to win Republican votes to pass a transportation package there. But a tentative deal to repeal and replace the controversial program, in order to ease a gas tax hike, fell apart late Thursday. The program stands for now, but will likely become a transportation revenue bargaining chip again.

Plans will progress by Oregon clean fuel standard opponents to qualify three possible 2016 ballot measures to alter or rescind it. Paul Romain, Executive Director and Legal Counsel of the Oregon Fuels Association, said one could ultimately go forward. The Oregonian’s editorial board is already relishing the fuel standard’s possible defeat by voters.

Said Oregon House Speaker Tina Kotek in a statement after negotiations broke down, “While we don’t have a clear path forward at this point, we all know the need to fix our cracked roads, congested highways, and unsafe bridges remains painfully clear. We’re not giving up, and I look forward to continuing the work to develop the statewide transportation package our citizens and our businesses need in order to thrive.”

If Washington lawmakers don’t resolve their dilemma by Sunday, they may be issuing similar statements about an envisioned $15 billion, 16-year transportation spending imperative that’s strongly supported by business, labor, and transit advocates. It has been many years in the making.

One big fly in the ointment – other than the lack Thursday night, still, of an operating budget – is the low carbon fuel standard proposal to which Inslee turned after his carbon tax gambit could gain no traction in Olympia this spring. Opponents say the fuel standard fleshed out in a Discussion Document by Inslee’s Department of Ecology could add 15 cents per gallon to the cost of gas, on top of an 11.7 cent per gallon hike being eyed for transport fixes.

Like Oregon’s, it’s modelled after a California program launched in 2010 that sought to engineer a 10 percent reduction in the carbon intensity of fuel, over 10 years. Carbon intensity includes the making, transport and use of fuel. Intensity can be cut through blending of higher-priced, lower-carbon ethanols or biofuels, or via purchase of carbon credits from green fuel makers.

But Washington State Senate Republicans in March inserted into their transportation budget a consumer protection clause – Democrats call it a “poison pill” – that would force diversion of $700 million in transportation budget transit funding to roads, if Inslee acts on his inferred intent to implement the fuel standard without legislation, through executive order. The package seeks to bar a LCFS for the 16-year life of the draft agreement.

Inslee’s negotiators have raised with GOP senators the concept of a transportation package  which allows an LCFS but with “circuit breaker” trigger mechanisms to cancel it if costs or other effects become too great. And more recently, this week in a series of letters, Inslee and Sens. Curtis King (R-14) and Doug Ericksen (R-42) sought to advance a new deal on LCFS to get transportation done.

The GOP senators offered to cut the LCFS moratorium from 16 to eight years, while Inslee proposed three years. Each side also had a different list of preferred bills that should be passed, along with the transportation budget, to cut carbon emissions.

Gov. Inslee’s Executive Director of Communications David Postman confirmed “circuit-breaker” talks had occurred between Senate Republicans and the Governor’s policy chief Matt Steuerwalt. Of the recent letters on LCFS between the Governor, Sen. King, and Sen. Ericksen, Postman said, “we’ll continue to work to ensure this issue is not a block to the transportation package.”

The possibility of the LCFS being enacted by Executive Order in Washington chafes many on the industry and GOP sides, who insist any such measure should have to clear both chambers of the legislature. The idea of state-by-state fuel standards is also a sore point.

Larry Pursley, Executive Vice President for the Washington Trucking Associations, said, “We need a transportation package badly to free up capacity to move freight better. But this is a transportation revenue deal-killer.” He added, major Washington-based trucking companies buy 12 to 15 percent of their fuel here, in bulk, and added costs of up to 15 cents per gallon from the LCFS would “amount to a unilateral disarming of the industry in a trade war. They could just as well do business from Arkansas.” A national LCFS could be feasible but “it makes absolutely no sense to do it state-by-state,” Pursley added.

Strongly defending the LCFS approach in Washington including its possible implementation by executive order, was Ben Serrurier, Policy Analyst with the Seattle office of the climate and clean energy nonprofit Climate Solutions. Though gas price hikes could occur as a result, he said those worries are overstated because consumers have already acclimated to wide variances in per-gallon prices at the pump in recent years.

Serrurier said, “We need transit and clean fuels. This is about air quality, in places like Pierce County, and Seattle.” Serrurier said he’d not be opposed in principle to a conditionally approved LCFS tied to cancellation triggers, as part of a transportation budget deal.

In California, the Low Carbon Fuel Standard emerged from an executive order by then-Gov. Arnold Schwarzenegger after passage of AB32, which also created a cap and trade mechanism for industry. California’s LCFS program started in 2010 but was frozen due to a legal challenge in 2013 after only a one percent cut. Now on the verge of resumption, the program overseen by the California Air Resources Board (CARB) could get a green light at or after a July 23 public meeting. The plan is to ramp back up – albeit more steeply – to still reach the 10 percent reduction goal by 2020. Skeptics say that’s unlikely.

Gina Grey has tracked the program, as Western States Petroleum Association Vice President of Fuels and Climate Policy for the Northwest and Southwest Regions. Of California, she said, “regulators have a yen for establishing tough standards without legislation” and with foreshortened public participation, “then they have to figure out how to get there….One must hope there’ll be tons and tons of low carbon fuel floating around that will be inexpensive.”

Grey added, “The age-old issue with the ARB as you move along in a multi-year program is you have to back off because the goals cannot be met. This lack of certainty affects investors – venture capital and the oil industry will not come in fully, and fund production of the needed low-carbon fuels.”

Serrurier, of Climate Solutions, argued, “we need stable, long-term policy to begin shifting in the next decade to lower carbon transportation systems….if we create the right market direction, we’ll be able to see U.S. companies solve the problem. Transportation pollution is a solvable problem.”

The “future of transportation” menu in Washington may well include another policy initiative, and much sooner than any mileage tax would be implemented. An independent initiative campaign is underway for a carbon tax. Voters would decide in fall, 2016.

There’s more. All three West Coast states have been or will be testing another game-changer; a vehicle mileage tax. Many experts say that’s needed to replace a gas tax now on it’s last legs due to increasing fuel efficiency and a failure to index the tax to inflation.

The current policy dialog around revenue and carbon reduction for transportation is unavoidably fragmented to a certain degree. What with politics being the art of the possible. But it also feels too piecemeal, and lacking in urgency to principals who often seem as if they’d be happy enough with political risk management and blame-casting.

Remarkably, the public is ready and willing to be sold, if lawmakers would walk a mile in their shoes.

Just as evident as the potholes, weary bridges and jammed roads they regularly encounter, fleet owners and motorists on the West Coast realize there’s growing acceptance in their communities and state capitols of the need to somehow, and substantively, address the effects of internal combustion engines and legacy fuels on air quality and the environment.

But a big – let’s actually call it huge – question is how coordinated, fair, and nuanced will be the implemented policy response. For the innovators, investors, taxpaying households and businesses who will fund our green transportation dreams and schemes, it is certainty, stability and balance which are crucial.

Matt Rosenberg is a Seattle-based editor and writer. He’s been a regular op-ed contributor to The Seattle Times; Senior Editor for Mozilla’s The Open Standard; Editor-in-Chief for the Washington Business Alliance; Founder and Editor of Public Data Ferret; a Senior Fellow at Cascadia Center for Regional Development; and an environmental organizer in suburban Chicago and south King County. Email: mattr.wsw@gmail.com