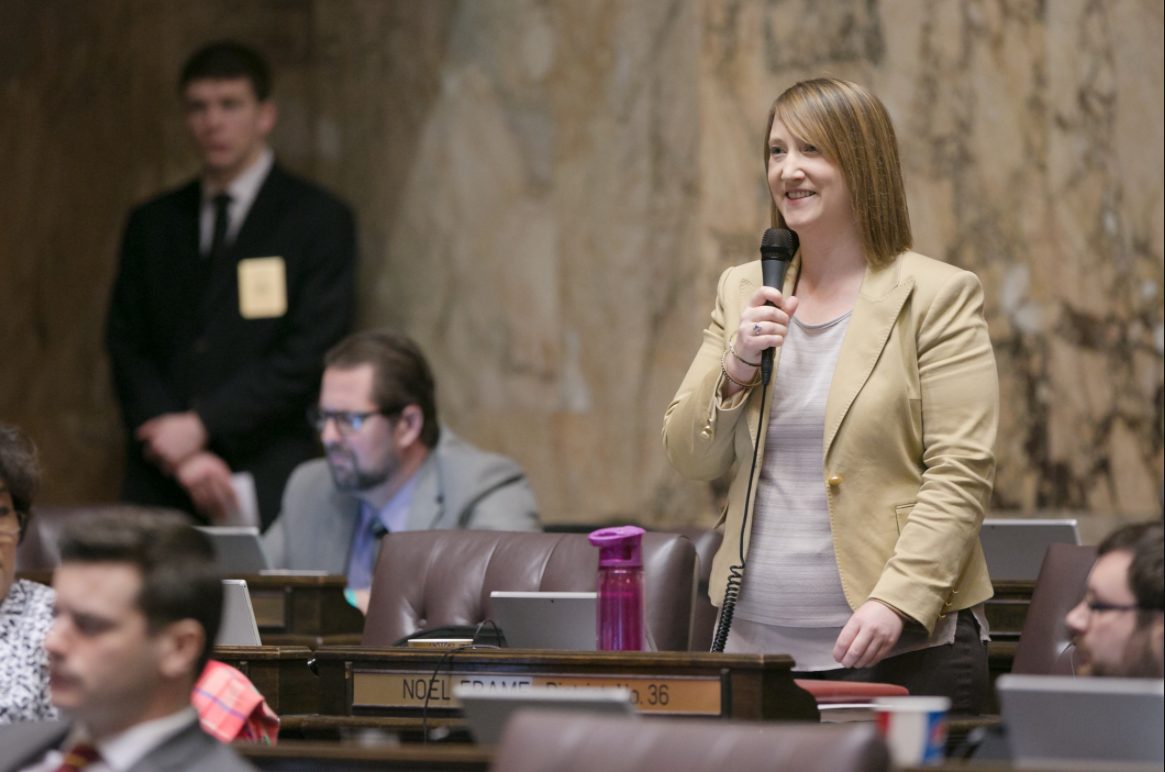 Carlyle, chair of Senate Environment, Energy, and Technology announced Monday that he wouldn’t seek another term this fall. As we noted Monday, even though he’s coming off a big win with the passage of the Climate Commitment Act last year, rumors persisted that he might face a challenge from the left in Seattle’s overwhelmingly Democratic 36th District.

Frame is actually just the kind of candidate who might have challenged Carlyle. At 41, she’s nearly a generation younger and focused on aggressive strategies to tax the wealthy like that billionaire tax she floated last year. Her announcement on Twitter was greeted with great joy by Seattle progressives.

Her open House seat will likely draw another pitched progressive-on-progressive battle like the one that produced her seatmate, Rep. Liz Berry, in 2020. Berry survived a somewhat unhinged mailer (read down to the last item in the linked piece) in the closing weeks of that race.