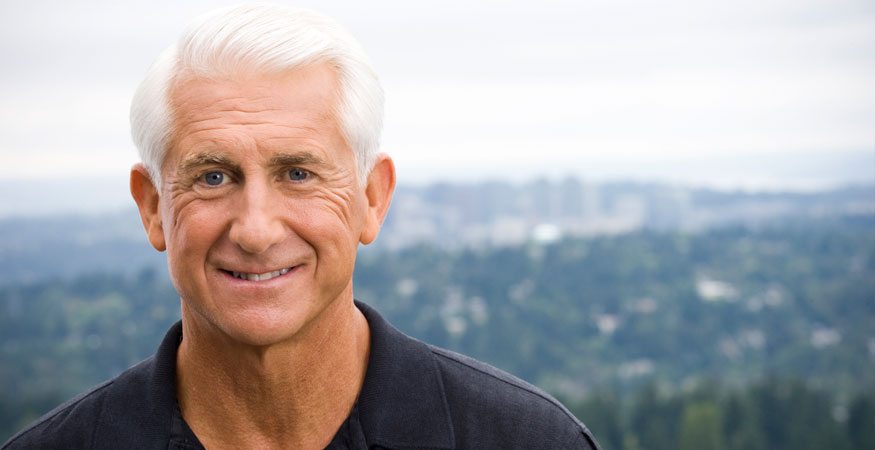 Four reasons Dave Reichert runs for governor in 2020, and four reasons he won’t

Republican Congressman Dave Reichert’s recent announcement of retirement from Congress has gotten a number of folks thinking about his open seat.  The 8th CD voted for Democrats at the presidential level since John Kerry’s 2004 campaign. It voted for Obama by 15 points in 2008, for Obama by 3 points in 2012, and for Clinton by 1.5%.

But Dave Reichert kept winning, holding that seat since he first beat radio host Dave Ross in 2004 by 5 points.  For a host of possible reasons – including that he’s simply a good representative of the district – Reichert consistently outperformed the top of the Democratic ticket in what had been once considered a safe Republican seat.

That puts him in a small, elite group of Republicans in Washington State that could make a serious run at statewide office in 2020.

So, will he? And if he runs statewide, will he run for governor?

Washington State has the longest running hold of the governor’s mansion by a single party of any state in the country. The last Republican to hold the seat was John Spellman who left office in 1984.

With that sort of longevity, Republicans – here in Washington State and nationally – are eager to find a top flight candidate to get behind.  Congressman Reichert may be it.

Four reasons why Reichert will run for governor in 2020

Here are a few reasons it would appear Reichert is considering a run for the governor’s mansion.

1.  He just announced his retirement from Congress.  This is actually either a glaringly obvious first step to running for governor, or it’s a recognition that being in Congress – while a tremendous honor – is not a great fit for anyone that actually wants to get things done. If Reichert is to run statewide, he needs to be able to spend more time in the state than Congress would allow, building a broader network of donors and local contacts.   That’s hard to do from Washington DC.

Just ask Gov. Inslee.  Recall that he left Congress in the spring of 2012 in order to campaign full time.  Inslee had been in office off and on since the late ’80s but his name recognition wasn’t as high as it needed to be.  Attorney General Rob McKenna polled 15 points ahead of Inslee, according to polling numbers from the Inslee campaign. The lesson:  sitting in Congress isn’t a pathway to winning the governor’s mansion – unless you’re prepared to leave it.

2.  Reichert recently turned 67 years old.  I know 67 is the new 57, or something like that, but at a certain point, one needs to slow down.  The campaign for governor will be intense.  If he is going to run for governor, it will need to be in 2020.  Running in 2024 when he is 74 will be a tough demand on any individual and his/her family, though it could make sense if he runs as an incumbent and continues to stay physically fit.

But it’s really now or never.

3.  The seat will likely be an open seat in 2020.  Gov. Jay Inslee could run for re-election, and I think it’s reasonable to expect he will be a difficult incumbent to unseat (though I recognize there is a long time between today and 2020).  However, I think Inslee should and will run for the Democratic nomination for the presidency.  That’s an argument I made in 2015, and continue to think makes all kinds of sense.

Inslee is the incoming chair of the Democratic Governors Association, giving him a national network of funders, talent, and connections.  His time in Congress gave him an understanding of how the national media works, which he continues to leverage and utilize.  Most importantly, on the most important issues that will likely dominate the Iowa, New Hampshire and other early states, Inslee has a good story to tell about his policy platform.

Inslee has implemented the ACA as well as any governor in America, and was a key vote in Congress when the chips were down – something Democratic primary voters will love.  He has been an international leader on climate change, energy and environmental stewardship since before it was cool.

And, on jobs and the economy, Inslee ran on a “Working Washington” in 2012, and has been in office while the Puget Sound region has exploded with growth.

Now, I get that one can argue that Obamacare failed, Inslee hasn’t gotten a vote in the Democratic House for climate change legislation, and that Amazon has more to do with Puget Sound job growth than Inslee.  I think all of those points are reasonable that sober minded, well meaning folks can debate.

But, my logic here is that there is a reason to think there will be an open seat for the governor’s seat in 2020.

4.  He wanted to run in 2016 but took a pass. In an interview, Reichert said the following.

“As I considered running for governor again, I thought about the job that I’m doing here and all the things that I could do as governor, but all the things I would leave unfinished here,” he said. “I’m just not that personality; I can’t do it. I got to finish the stuff I started, then look at other opportunities.”

This position is one Reichert has been thinking about for a while.  Multiple national figures have reportedly approached him about the race over the years.  Multiple party leaders have approached him in the state.  It’s something that has been a topic of discussion for some time.

The timing could be great for him, and I’d bet he would be likely to clear the tables of potential primary opponents should he run.

Four reasons why Reichert will NOT run for governor in 2020

I will give you the punch line now:  the reasons it would appear that this race would make sense for Reichert are the reasons to think his candidacy won’t happen.

1.  He just announced his retirement from Congress.  He could have stayed in Congress for a few more terms, and perhaps longer depending on the redistricting, if he wanted to.  As I mentioned, he’s held the seat even when things went blue at the presidential level.

2.  Reichert recently turned 67 years old.  Running for office takes a lot of fire in the belly, particularly in a tough race with national implications.  Reichert has never demonstrated a love for the trials of campaigning.  He has appeared relatively lethargic about engaging his constituency this year as TPP went away, as health care reform raged, and as tax reform builds.  At a certain point, serving in Congress – just like any job – takes more energy than it’s worth.

I don’t know if Rep. Reichert has grandkids or not, but 67 sounds like a good time to spend more time with family rather than attend policy hearings.

3.  The seat will likely be open in 2020.  That means there will likely be a busy field of candidates on both sides, a lot of national money, and a range of possible variables in play.  That relative fluidity or chaos can diminish the inherent benefits an incumbent or long time elected official can bring to a race of national importance.

In other words, the open seat will likely make the race more challenging in many strategic and tactical ways.  That might just sound like a headache that Reichert may want to skip.

4.  He wanted to run in 2016 but took a pass.  Before he ran for Congress, Reichert was repeatedly courted to run for County Executive against then-incumbent Ron Sims.  Reichert never did it.  There are a lot of reasons why that may have been the case, including that the two appeared to have a very good working relationship.  Reichert even chaired one of Sims’ campaigns – the 2001 re-election campaign as I recall.  But, the sense at the time was that Reichert was cautious in the races he picked, placing a premium on winning rather than stretching.  This characteristic has resurfaced over the years in subtle ways.  And, arguably, picking your battles correctly is among the most important characteristics of successful politicos.

The bottom line – whether it was 2001 or 2016 is that Reichert has never shown the political ambition to take on the tough race.  While this may be to his political detriment, it might be more of a positive comment about him personally.

As I understand it, Reichert is weighing his options.  He likes the attention paid to him by folks courting him to run for higher office – who wouldn’t?  But, my guess is that at the end of the day, the four reasons not to run outweigh the four reasons he might run.