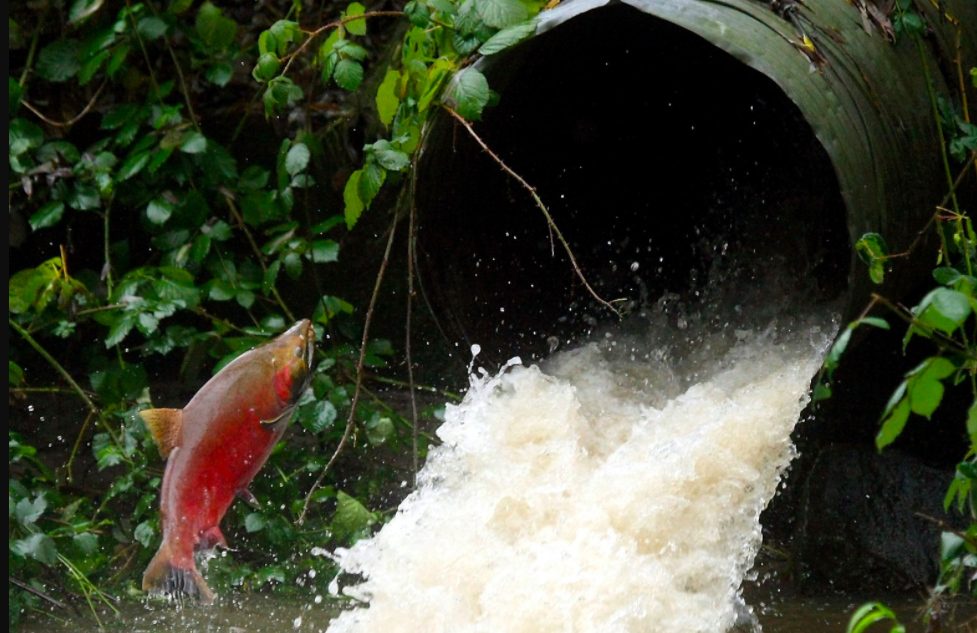 Contractor crews for the Washington State Department of Transportation (WSDOT) will begin efforts to improve fish passage at Bagley and Siebert Creeks on US 101 between Sequim and Port Angeles beginning as early as Monday, May 11.

Announcing the project this week, WSDOT said that residents of the Olympic Peninsula and passers-by can expect to see contractor crews at the job site and will encounter reduced speed limits and shifted lanes through fall of 2021.

The crews will aim to remove five existing culverts; three that run underneath both directions of the US 101 at Bagley and Siebert Creeks, one along James Page Road and one along South Bagley Creek Road. The project is part of a broader push by WSDOT to improve fish migration impeded by state highways.

In 2018, the Southern Resident Orca Task Force published a report which indicated that fish passage barriers such as impassable dams, tide gates and culverts have led to habitat loss for both salmon and forage fish.

You talk to the fish and wildlife biologists, the number one killer to fish is these fish barriers….There is no salmon habitat, it’s like it’s all been bottled up. Opening that up solves a huge environmental problem, along with stormwater mitigation,” said Senator Steve Hobbs, Chair of the Senate Transportation Committee.

This habitat loss poses a significant threat to wildlife up the food chain, as the Southern Resident Orca diet is composed primarily of Chinook salmon. Additionally, predators such as sea lions, harbor seals, fish and birds consume Chinook and reduce the number available to the orcas where their foraging areas overlap.

To increase Chinook abundance, the task force recommended that the Governor, the Legislature, agencies and partners support WSDOT fish passage improvement efforts and “continue to use a strategic approach for using Recreation and Conservation Office administered programs to remove barriers (for example, culverts and small dams) where removal would provide a high benefit to Chinook.”

The $30.6 million Bagley and Siebert Creeks project was awarded to Scarsella Brothers, Inc. in March.

According to WSDOT, replacing culverts with new full-span bridges or larger concrete-box culverts removes barriers to fish movement and increases the likelihood of migration in a more natural creek environment.

At Bagley Creek, crews will remove the existing, buried culvert and replace it with a 6-lane, concrete girder bridge accommodating two travel lanes in each direction plus auxiliary lanes. Siebert Creek already has a bridge that crosses the highway in the eastbound direction. As such, crews will remove the box culvert underneath westbound US 101 and span the creek with a concrete girder bridge,” said WSDOT spokesperson Tina Werner in a press release laying out the project.

Construction crews will work on the project in phases, mostly during weekdays.

In addition to ameliorating environmental conditions like habitat loss, culvert removal projects are also viewed as opportunities for job creation. There has been concern among some legislators that the economic impacts of the COVID-19 pandemic could hamper the projects.

The fish passage culverts alone is $3 billion of money we don’t have, and those are good construction jobs – they’re mostly Western Washington but a lot of them are in economically depressed areas in the Olympic Peninsula and south of that,” said House Transportation Committee Chair, Rep. Jake Fey. “There is an opportunity for fish passage to be a good federal investment to help us recover from the economic downturn. It also has a positive environmental effect.”