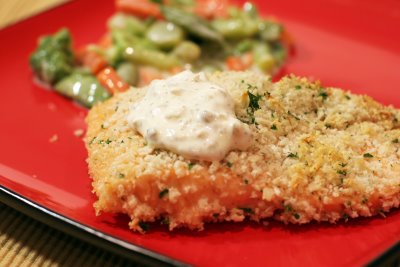 State Mulling an Estimate for Fish Eating That Would be Highest in Country – Would Drive Costly Cleanups, Possibly Beyond Limits of Technology 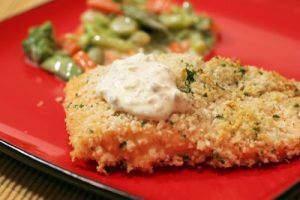 OLYMPIA, July 25.—An estimate for fish consumption that many found hard to swallow is prompting the state Department of Ecology to delay plans for a costly regulatory rewrite, and it appears the battle has been deferred until next year.

It is a high-stakes matter for every industry and every local government with a wastewater permit — and yet it has to do with a question that might seem better suited to a manufacturer of tartar sauce than the regulators at the state’s environmental enforcement agency. How much fish, exactly, does Washington eat? The answer could cost billions.

The question has spooked some of the state’s largest businesses, cities, counties and port districts – all of which could face stringent and costly new standards for water quality and waterway cleanups. The new fish-consumption estimate, in the works since last year, would be the highest in the country. It will drive the installation of pollution control equipment, guide cleanups of riverbeds and harbors. Critics say the state would be adopting standards that would be impossible to meet with any technology yet devised, and that the level of purity that would have to be achieved for some chemicals in wastewater would actually be cleaner than the water into which it flows.

After months of protest from business and local government officials, the Department of Ecology began notifying players last week that it won’t be adopting a new sediment-management standard by the end of the year, as it had originally planned. But it is stepping up the schedule for a new water-quality standard. Essentially the big policy decisions come next year, and not in the next few months.

“We are not slowing down,” said Ecology spokeswoman Sandy Howard. “We’re just sort of shifting our emphasis on where we are working.”

Environmentalists say they are concerned. But there are plenty of others who are breathing a little easier, and who might want to whoop it up at Skipper’s.

Right now the fish-consumption “rate” used in the Department of Ecology’s water-quality standards assume that Washingtonians eat 2 tenths of an ounce of fish a day, less than a half-pound a month. For sediment managment, it assumes a somewhat higher rate of of 1.9 ounces a day, or about 3.5 pounds a month. Indian tribes have called the estimates ridiculously low; the department says they might easily be challenged in court.

Last year the department proposed stepping up the sediment standard to somewhere between 5.5 and 9.4 ounces a day, or as much as 17.6 pounds a month. That’s not a measure of average fish consumption, but rather a guesstimate of the amount consumed by the state’s biggest fish-eaters – tribal members and possibly hungry anglers. The idea being that if the water is clean enough for them, it will be clean enough for everyone.

The trouble with the new number is that no state in the Union uses an estimate that high. Oregon right now has the highest standard, at nearly 12 pounds a month.

And right there the trouble is evident, says Chris McCabe of the Northwest Pulp and Paper Association. One has to think the state would use the same fish-consumption for both sets of regulations. And if a fish-consumption estimate that high is used for water quality standards, he says it will impose an impossible standard on his industry. In Oregon, McCabe’s group commissioned a study that concluded it will cost $500 million to re-equip eight mills in that state with state-of-the-art pollution control devices. Maintenance and operations will cost $90 million a year – and still the state water quality regulations won’t be met. In Oregon a discharger might be able to apply for a variance if costs are prohibitive or standards can’t be achieved. But it’s clear that costs will go up for every industrial plant and municipal facility with a wastewater discharge permit – easily into the billions, McCabe says.

“The costs are prohibitive, and in our industry, we wouldn’t have that kind of money right now to put that kind of technology in the river, and the unfortunate thing is that there is no real environmental benefit,” he said. “It is high cost and no return.”

Since last year the matter has become a front-and-center issue for the business community and a coalition of local government organizations. Lawmakers, wary of economic Armageddon, inserted a proviso into an early version of the budget that would have forced the Department of Ecology to justify the new standards. That was ultimately stripped out of the spending bill. Ecology was to have proposed a sediment standard this month and adopt it by December. “They were on a bullet train,” McCabe said.

In a letter to stakeholder groups July 16, Ecology director Ted Sturdevant acknowledged the fears. “I have concluded that our current process is not building a foundation that will lead to the successful conclusion of these efforts,” he said. “Revising Washington standard’s for clean water and sediments is critically important and enormously complex. It will never be easy or simple, but it does need to be understood and supported by the public to set us on a durable and credible path.”

Under the new game plan, next month Ecology will release a second draft of its fish-consumption rate “technical support document” – the cornerstone of the debate. It will adopt a final document by the end of the year. But the key detail, according to Sturdevant’s letter, is that the department wants to make it clear the document “is not designed to resolve the policy issues” associated with sediment and water quality regulations. It will continue to update its sediment-management rules, but won’t deal with the fish-consumption question there.

Instead, the emphasis will shift to the new clean-water standards. The rulemaking process will be based on the fish numbers, and it will begin next month, rather than next year. Final results might be expected in 2014.

It might not sound like a big change, but what it means is that the big decisions won’t be immediate.

Howard said Ecology outlined the plan to Boeing and Weyerhaeuser last week, among others. “I think that they are all realizing they’ve got some time, nothing is going to get jammed down their throat, and they want to get this right.”

State Rep. Shelley Short, R-Addy, said the announcement from the Department of Ecology comes as a big relief – not that it means that the battle is over, but at least there is a bit more time to fight. “A more deliberative approach is the right thing,” she said. “They also need to look realistically at what technology is out there. You’re setting people up to fail if the technology doesn’t exist to meet the standard.”

Environmentalists wonder if the delay means Ecology is backing off. “Setting those fish consumption standards helps define what we need to do with regard to cleaning up those toxic waste sites that cause human health problems and  continue to affect the environment,” said Tom Bancroft, executive director of People for Puget Sound, an environmental lobbying organization. “So we are very concerned about the delay and hope this doesn’t mean they’re going to renege on figuring out a realistic amount of fish that people tend to eat in this region, and therefore what we need to set for cleanup standards.”

The argument is that toxins are concentrated in fish, as they eat river organisms, and that they are further concentrated in human beings when fish reach the dinner table. It’s really a human-health standard, Bancroft said, and it makes sense to base the calculation on those who eat the most fish. “Some people tend to eat a lot more fish than other people, and we need to worry about people who eat a lot of fish,” he said. “I try to eat fish several days a week, because it’s good for me.”