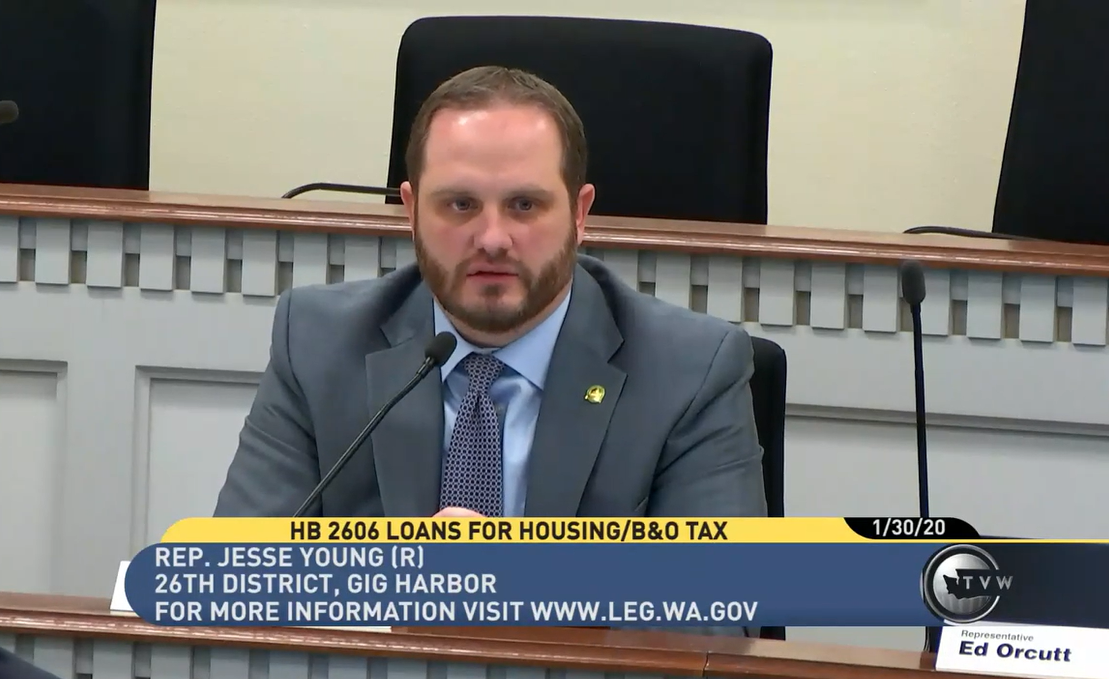 The House Finance Committee held a public hearing for House Bill 2606 on Jan. 30.

This bill would authorize a business and occupation (B&O) tax credit on interest to be charged on affordable housing project loans issued by banks and other financial institutions.

The bill would also authorize such institutions to carry over a credit to the following year and would have to be applied to tax liability before any new tax credits are granted. Refunds on B&O tax credits would also be prevented.

“When it comes to low-income housing and trying to fix the issue of homelessness, I think all options need to be on the table,” said Rep. Jesse Young (R-26th District), who sponsored the bill. “This bill, in conjunction with a few other ideas that I’ve wanted to put out there, I think it starts to get to the heart that there’s one side of the ledger we need to spend a little more time on, and that’s trying to incentivize the private sector to really come to the table.”

Young said he voted for other similar bills in the past sponsored by legislators on both sides of the aisle. The representative from Gig Harbor also said he believes no one approach has worked quite yet.

The Washington Bankers Association, which had a representative testify during the public hearing expressing support for the bill, believes the rising cost of providing products and services related to affordable housing lending cause many institutions to scale back involvement in the financing of affordable housing projects.

“The residential lending environment has changed a great deal over the last decade and a half,” said Trent House, who testified on behalf of The Washington Bankers Association. “Throughout that period of time, in certain cases, the cost of providing these products and services has gotten more expensive. Those that do remain in the area have seen cost drivers and pressures going up.”

House went on to say many community banks, in particular, said this bill would provide an additional tool to incentivize those who still provide affordable home program loans and institutions that want to get back into the market.