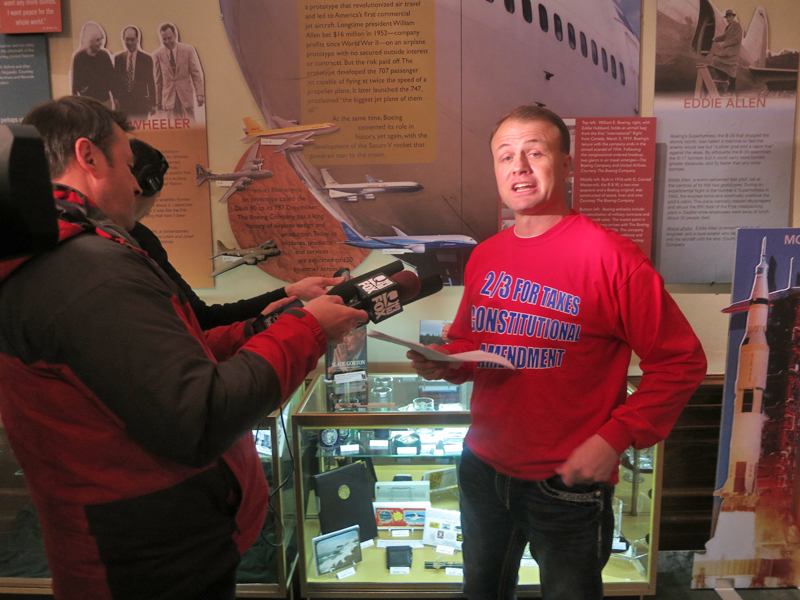 Many members of the Legislature have long yearned for checks on the ballot initiative process, which frequently leaves lawmakers constrained with unwelcome marching orders from the voters.

Most such proposed checks have died in recent years, but a bill to require a “public investment impact disclosure” as part of the ballot title appears to have some momentum. House Bill 1876, by Rep. Mia Gregerson, D-SeaTac, passed the Senate State Government and Elections Committee on Wednesday.

The requirement would apply to ballot measures that repeal, levy, or modify a tax or fee; and would cause a net change in state revenue.

The bill is clearly aimed at the anti-tax initiative movement embodied by Tim Eyman. Eyman’s antagonists have long argued that his initiatives unfairly gut state and local services by offering voters lower taxes without disclosing the consequences.

So, for example, the ballot title of Eyman’s signature Initiative 695, which was:

“Shall voter approval be required for any tax increase, license tab fees be $30 per year for motor vehicles, and existing vehicle taxes be repealed?”

“Shall voter approval be required for any tax increase, license tab fees be $30 per year for motor vehicles, and existing vehicle taxes be repealed? This measure would drastically reduce funding for the ferry system, transit, and other services.”1

While Eyman himself is effectively barred from initiative politics by legal and repetitional problems, others are seeking to rejuvenate his movement.

The bill passed the House 55-44 on a mostly party-line vote. It passed the Senate committee similarly on Wednesday, with Republicans primarily objecting to the fact that the attorney general would have unilateral power to write the disclosure language. Under current law, the attorney general’s proposed ballot language can be — and frequently is — challenged in court.

If the measure becomes law, it could be in action later this year if a ballot measure backed by wealthy conservatives seeks to overturn the capital gains tax adopted by the Legislature last year.

1 It should be noted that I-695 was thrown out by the Washington Supreme Court for violating the single-subject rule. It was actually the Legislature that repealed the motor vehicle excise tax and incurred the many consequences that ensued.