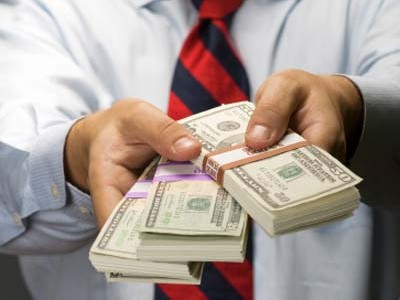 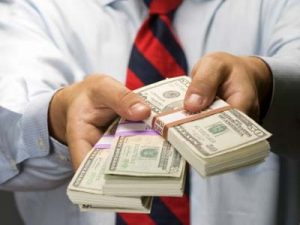 OLYMPIA, April 22.—It sounded too easy – and turned out that it was. A federal Internet sales tax measure, due for a vote shortly in the U.S. Senate, won’t do much to solve this year’s big budget problems in Washington state.

Certainly the Marketplace Fairness Act won’t be the billion-dollar windfall people were talking about a year ago. And it won’t even be the $384 million boost that former Gov. Christine Gregoire estimated last December when she rolled out her final budget proposal.

Instead state officials predict that the bill will generate just $184 million for state-government purposes over the next two years. That won’t go very far toward closing the $1.1 billion gap in spending plans that divides the eager-to-tax Washington state House and the fiscally conservative Senate. And there’s no telling when Congress is going to get around to it anyway. Though the U.S. Senate is expected to pass the bill sometime this week, the U.S. House still has to vote.

Let’s just say that the Internet sales tax turned out to be the tamest wild card ever. And if anyone in Olympia was worried that Congress might come to the rescue with a miraculous infusion of money that would make it easy for lawmakers to reach agreement on the budget – there’s no cause for alarm. Washington’s all-but-certain special session seems right on track, and it looks like those who were hoping to spend springtime in the Capitol building will get their wish.

A year ago it seemed like the Internet sales tax would be a game-changer. Every two years the Department of Revenue says state and local governments lose a little over $1 billion in uncollected state and local sales taxes from “remote sales.” So all Congress had to do was to pass a law requiring online and mail-order retailers to begin collecting sales tax and the state might be home free. That $1 billion is roughly the same amount the state has to find with this year to satisfy the state Supreme Court’s McCleary decision, which held that the state isn’t spending enough on K-12 schools.

It ought to be noted that purchasers of online and mail-order goods are supposed to step forward and pay taxes themselves — not that many do. Meanwhile online and mail-order merchants don’t collect the money because of a 1967 U.S. Supreme Court decision that held states cannot require payment unless the business has some sort of presence in that state. At the time the ruling affected mail-order sellers. Decades later Internet retailers made it the basis of an entire industry. Their higher shipping charges were offset by the lack of sales tax, giving them the ability to compete with bricks and mortar retailers.

State governments have done their best to erode the rule. For instance, eight states so far have found legal rationales to impose taxes on Seattle-based online giant Amazon.com, based on the presence of warehouses or arrangements with local affiliated sellers. But for years state-government officials have been pushing for a broader fix, to extend state taxes to online retailers everywhere. They say the original reasoning – that it would be impossible for the typical retailer to calculate different sales tax rates for some 9,600 state and local-government jurisdictions – has been defeated by software that makes the task easy. And it is one tax that gets kind words from state-level business organizations like the Association of Washington Business. They say online retailers have an unfair advantage. It goes almost without saying that their memberships generally do not include online retailers based in other states.

Things might be a little different in the other Washington. EBay, for instance, is pulling out the stops and urging its 40 million users to fight the tax. But at least around this particular Capitol you don’t find anyone calling the tax bad news. It’s just that the news from D.C. isn’t quite as good as many had hoped.

For one thing, it still is a bit iffy. “Obviously this is an encouraging sign, but we have seen encouraging news before, so right now I don’t think anybody is banking on that money,” says Ralph Thomas, spokesman for the Office of Financial Management.

Last December Gregoire suggested that the sales-tax money, if it ever did come through, ought to be set aside for McCleary expenses. And the state’s Economic and Revenue Forecast Council specifically left it out of its official revenue projection – it couldn’t be counted on.

For now it appears the tax bill is a sure bet for passage in the Democrat-controlled Senate. The upper chamber of Congress offered a non-binding endorsement of the measure in a budget resolution earlier this year, which passed 75-24, and a second vote Monday night for “cloture,” ending debate on the bill, seems to seal the deal. But the bill faces tougher sledding in the more tax-averse Republican-controlled U.S. House. While the majority of House Republicans have signed a pledge not to raise taxes — and some suggest that the bill represents a tax increase — it is worth noting that there are 22 Republicans among the 55 cosponsors on the House version, HR 684. Staffers in Washington’s congressional delegation congressional staffers say a House vote is unlikely to take place before the Washington Legislature wraps up its business for the year.

Won’t Generate Much to Start

Meanwhile the state is expecting considerably less revenue from the measure than originally anticipated — $184 million for the state, down $200 million from the figure Gregoire presented. Another $100 million would flow to local governments. Part of the reason for that reduction is because Congress has increased the threshold at which the tax-collection rules will apply. Gregoire’s figures last December referred to an earlier proposal that would have required retailers to collect sales taxes when their sales top $500,000 a year. The bills now before Congress impose a $1 million threshold.

But the threshold really doesn’t make that much of a difference. Some 94 percent of that lost sales-tax revenue comes from retailers doing $1 million or more in business.

The biggest reason the estimate has been revised downward is a matter of implementation dates, said Mike Gowrylow, spokesman for the Department of Revenue. The earlier estimate assumed that the sales tax measure would be in place by April 1 of this year. Now the department is figuring on passage by Sept. 30, and an implementation date of Jan. 1, 2014.

The department also is figuring that it won’t be an easy tax to collect, at least at first. During the first two years it figures that only 50 percent of retailers will pay. “We’re going to have to hunt down the people who are not complying,” Gowrylow said. Over time the department estimates the compliance rate will rise, to 75 percent in fiscal year 2016 and 90 percent the following year.