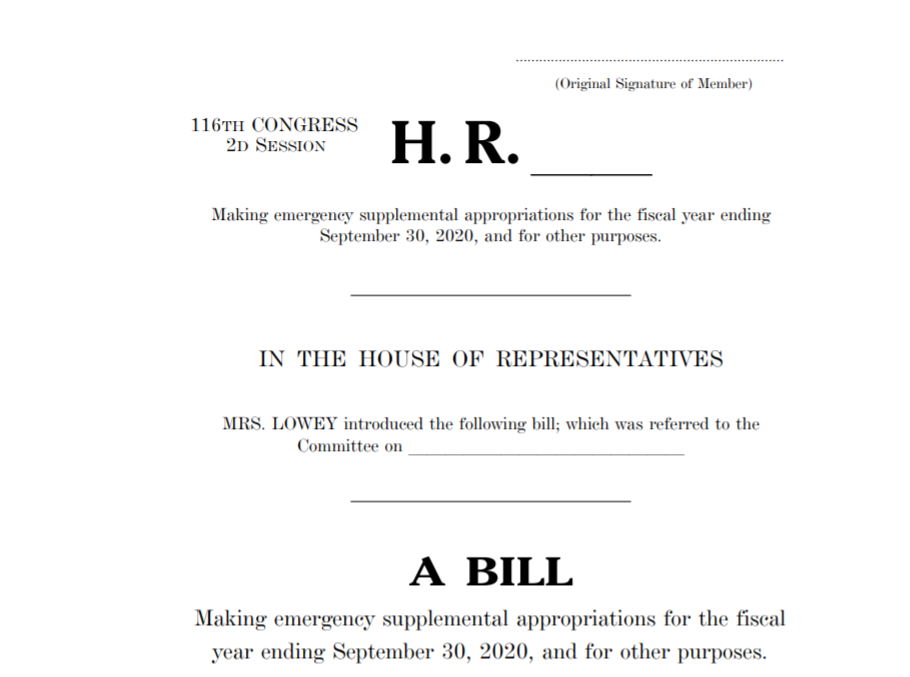 Congress passed a bill this week that allocates $8.3 billion to fighting COVID-19, an effort praised by native Washingtonian Rep. Kim Schrier (D-8th District). The bill, among other provisions, directs $950 million to state and local health agencies at the forefront of the COVID-19 outbreak, like the Washington State Department of Health and King County.

“I have spoken to several public health officials and hospitals to assess their immediate and long-term needs,” Schrier said in a statement released March 4. “This spending package will provide financial resources as they continue to be on the front lines to the response of the coronavirus.”

Schrier’s bill includes a designated $3 billion for research and vaccines, therapeutics and diagnostics, although Schrier herself acknowledged an effective vaccine is still likely more than a year away.

“This funding will ensure the process moves as swiftly and safely as possible,” Schrier said in the statement.

The bill mirrors legislation introduced this week by both chambers of the Washington State legislature. Both the House and the Senate introduced bills this week that allocate $100 million to stop the spread of COVID-19 in the state. The House’s version of the bill, House Bill 2965, passed in the House on March 3 and passed in the Senate the next day.

The bill, sponsored by Rep. Eileen Cody (D-34th District), would require a $100 million transfer from the state’s budget stabilization account, or “rainy day fund,” to the disaster response account.

The bill would require the Office of Financial Management to provide updates to the legislative financial committees every month on how the money is spent, and agencies and local governments that use the “rainy day” funding must also show that they’ve used federal funds to respond to COVID-19 in their communities. The bill would go into effect immediately upon passage.

Sen. Steve O’Ban (R-28th District) introduced a similar bill March 3, although that bill stalled in committee this week after the House bill’s passage.

“It is absolutely clear that we need to provide emergency funding to help state agencies and local governments respond to the declared state of emergency,” O’Ban said in a statement released on March 4. “A public health crisis is exactly the kind of event that justifies dipping into the ‘rainy day fund.’ We want to act quickly to make sure response and recovery efforts aren’t delayed by the lack of funding.”