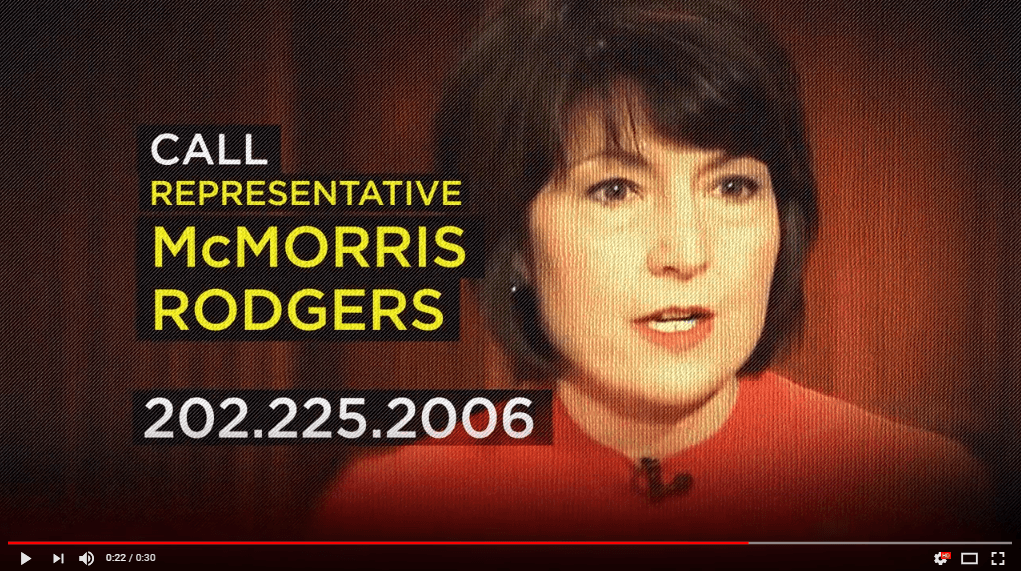 The political advertisement demands that Cathy McMorris hold the administration accountable and help return all of the children to their families.

“It’s time for McMorris Rodgers to use her leadership position to do something on this crisis,” said Mary Alice Carter, Executive Director of Equity Forward Action. “Congress has a responsibility to conduct oversight of the administration, but she’s yet to participate in a single hearing to hold HHS Secretary Alex Azar accountable.  Time after time, McMorris Rodgers has said, “Congress must act.” You are Congress. You are leadership. You should act.”

The ad also comes after Equity Forward Action released a poll which asked 5th CD voters their views on the border separations. According to the poll, 50 percent of voters say McMorris Rodgers hasn’t done enough on the issue of family separations, and 54 percent agreed with the statement that separating children is “inhumane and we should hold those responsible for it accountable.” Sixty-six percent of those polled (78% of Democrats, 82% of Independents, and 50% of Republicans) said they want Congress to increase the accountability and transparency of the agencies responsible for the separations.

The poll, conducted by Global Strategy Group, surveyed 400 likely midterm voters in the 5th CD between July 24-26. The poll has a error of +/- 4.9 percent.

Equity Forward Action has released polling in seven other congressional districts focused on the border separations and this is their fourth TV ad.