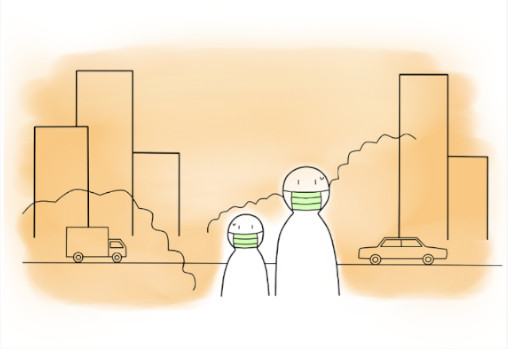 A bill sponsored by Sen. Rebecca Saldaña aims to reduce environmental and health disparities and improve the health of Washington state residents by implementing the recommendations of the environmental justice task force.

The bill would also establish the Environmental Justice Council to adopt guidelines in coordination with an interagency workgroup to be considered by agencies.  The council would also evaluate the progress of agencies implementing environmental justice requirements, recommend the identification and prioritization of actions for assessments and provide a forum for the public to testify on concerns.

The bill passed out of the Senate along caucus lines with 28 votes in favor of the bill and 21 against. Saldaña said on the floor that this bill is a way for Washington to recover from pollution without leaving any groups behind.

Hopefully this will be a bill that becomes a cornerstone about how we build back better. How we recover in a way that brings all Washingtonians with us and especially those that have been hardest hit from pollution, from air quality, underlying health issues and not being able to have economic opportunity. This is the type of bill that is one that I hope as we implement and as this moves forward through this process we will all come to recognize that it has a benefit to our constituents and allows us to do a better job of making sure that we are putting people first in Washington state.”

Saldaña also said that the bill aims to address the disparities that can be seen just by looking at health outcomes in different zip codes.

In a recent King County Board of Health meeting, board members heard a presentation on Community Health and Airport Operations-Related Noise and Air Pollution. The speaker found that because communities around airports are home to a majority of King County’s people of color, people in these communities often face higher disparities in health outcomes.

Some of the findings in this presentation were that mothers in airport communities were 43% more likely to have a premature birth than the rest of King County, adults are more likely to be uninsured and that there is a higher rate of hospitalization due to heart disease and strokes.

Saldaña said agencies and policymakers have known what the environmental justice disparities lead to for a long time and now it is time to act to change those outcomes.

We’ve done a lot of studies, as I look back Senator Rosa Franklin had an environmental justice study ten-plus years ago. Ten years before that there was another one, we do a lot of studying but we don’t do a lot to change our policy. So that is what I am hoping this bill will do. Because we know what the problems are.”

Opponents of the bill, like Sen. Mark Schoesler, say the bill would stifle economic development and create job losses in communities that are already losing jobs.

In the state of Washington we have the G.M.A., the State’s Endangered Species Act, Clean Air Act, Clean Water Act, some of the strongest pesticide crop production product regulations in the United States and on and on and on. What we also have is a stifling of job development in all four corners of the state… There’s a myth that green energy jobs are going to do it. They come in and they build one hundred acres of solar panels, put up a hundred windmills, they leave. There’s one job left. It’s kind of a myth… I thought about this and I thought what really is this? This is an excellent bureaucrat development project and a really good way to develop the bureaucracy. It’s not something that’s going to help minority communities in my district with jobs or yours it’s going to stifle them with no real benefits.”

This bill is scheduled for executive session in the House Committee on Environment and Energy on March 25 at 1:30 pm.