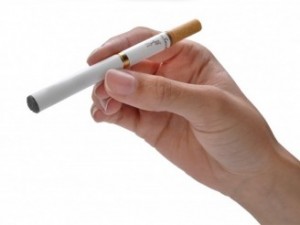 Lawmakers in Olympia recently considered a proposal to institute a tax on electronic nicotine delivery systems (ENDS, commonly electronic cigarettes or e-cigs) at the exorbitant rate of 95 percent — a level that would make them more expensive than the real thing: toxic, deadly cigarettes. While this is being posited as a “public health” measure, it is in fact a money grab whose effect would be antithetical to both public health and Washington’s budgetary needs.

So-called “sin taxes” are appropriate only to the extent that their effects have a salutary effect on public health while also contributing to public coffers. A necessity is that the tax rate must be commensurate with the adverse health impact of the “sin” being taxed: the more dangerous the product, the higher the rate. Thus, the extraordinarily high excise taxes on cigarettes in many locales is believed, based on evidence, to reduce smoking rates among those least able to afford the product, especially young people. It is now well established that, for tobacco and nicotine products, there is a continuum of risk: the most toxic, addictive such product is the cigarette, which takes an annual toll of almost a half-million Americans. E-cigs are reliably estimated to have at most one-hundredth of that risk, based upon the constituents of these devices as well as toxicological analysis of the vapor produced. There is no justification for taxing them at a rate anything like cigarettes; in fact, only one other state taxes e-cigs at all (Minnesota).

On the contrary, erecting such an obstacle to smokers trying to quit, the outcome would be antithetical to public health. While the FDA-approved methods work perhaps one out of ten attempts, there are anecdotal data indicating a much greater success rate for “vaping,” as using an e-cig is called. Indeed, while millions of smokers have switched to vaping, the recent sales figures for cigarettes indicate historic declines — not coincidental, I believe.

Those seeking to obstruct the uptake of e-cigs are acting out of motives having nothing to do with public health. Politicians seize upon the uncertainty of their long-term effects out of cynical opportunism or tax-based greed. So-called scientists mistrust these devices because many of them resemble the hated cigarette — although that resemblance, along with the smoke-like plume, the glowing tip and the nicotine “hit” are why smokers are flocking to them when the other methods failed.

The legislature’s simple re-definition of “smoke” and “tobacco” to include vapor and e-cigarettes does not pass the smell test. E-cig vapor is not smoke, and there is no tobacco in them, no matter what the proposed new tax law asserts. Changing the definition of commonly used words is a slippery slope, especially when the effect will be harmful to both the public health and to Washington’s businesses. Passage of this measure will be a lose-lose, as seekers of e-cigs will simply purchase them online or out-of-state to avoid this onerous tax. Some ex-smokers, however, will undoubtedly be forced back to smoking due to the expense, and others who have contemplated vaping instead of smoking will be deterred.

Sensible e-cig regulatory measures, such as enforceable age limits on sales and marketing, good manufacturing standards, accurate labeling and childproof packaging, are surely in order. Preventing smokers from reducing their risk of preventable disease and early death is no, and would in fact dissuade smokers from quitting, thereby protecting cigarette markets at the expense of reduced-harm products such as e-cigs. As Chief Justice John Marshall said, “The power to tax is the power to destroy.” This reckless proposal should be permanently tabled.

Dr. Gilbert Ross is Medical and Executive Director of the American Council on Science and Health. Ross is a 1972 graduate of NYU Medical School and practiced internal medicine on Long Island, N.Y. for 20 years. In 1998, he joined the American Council on Science and Health, ACSH.org, a consumer education and advocacy nonprofit based in NYC with a scientific advisory panel of about 380 academics scattered across N. America, founded in 1978.