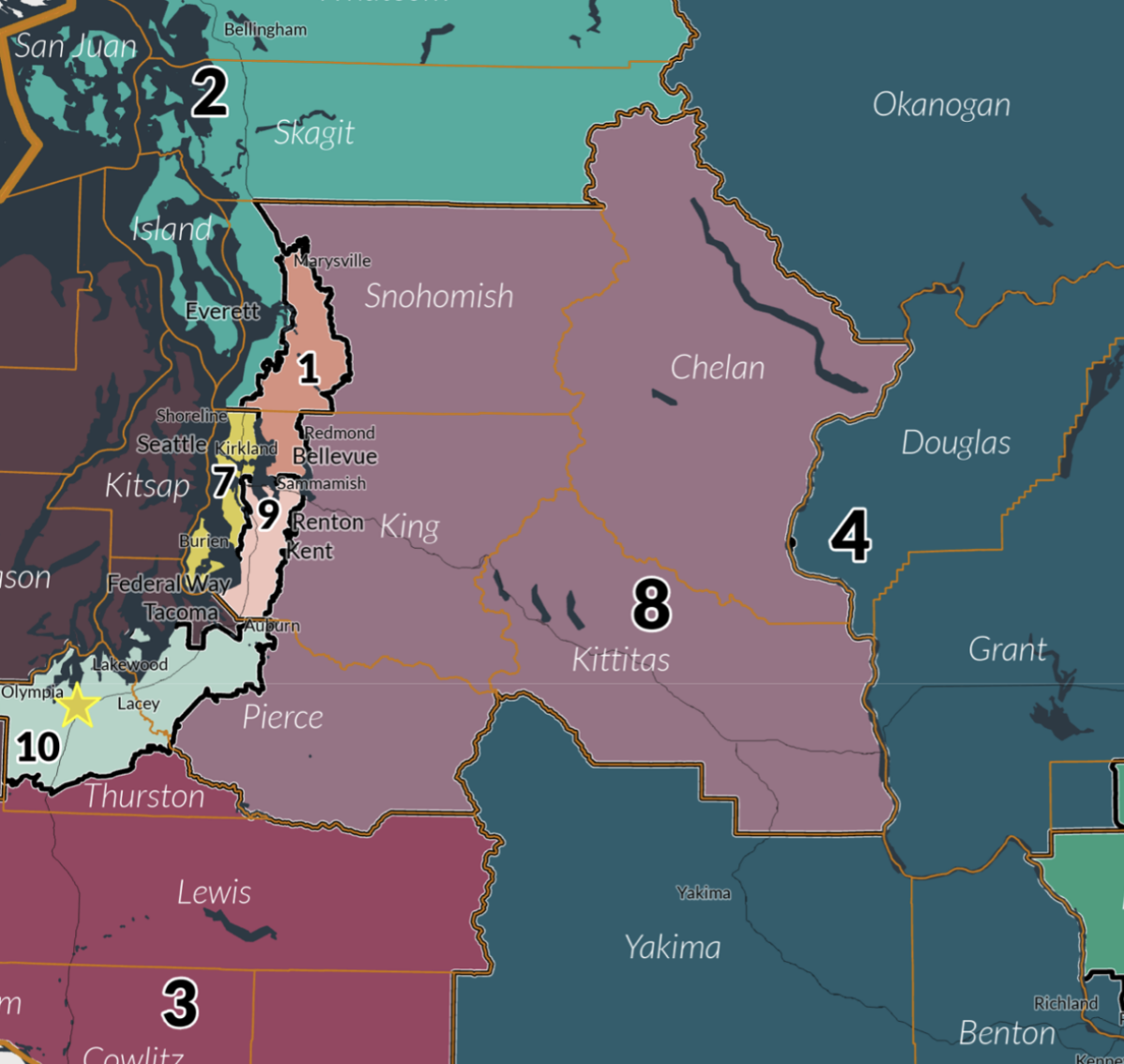 The fundraising numbers come from Dunn’s end-of-year filing with the Federal Elections Commission. He declared for the race in late November, shortly after winning reelection to the King County Council. Dunn’s one-month total eclipses an entire quarter of fundraising by fellow Republican Jesse Jensen, who lost to Schrier in 2020. He raised $207K and has $368K in hand.

Schrier raised about $1 million during the fourth quarter of 2021, and now has more than $4 million in hand.

Schrier, who first won the seat in 2018 after the retirement of longtime Republican Rep. Dave Reichert, is considered among the most vulnerable Democrats in the country. Reichert succeeded U.S. Rep. Jennifer Dunn, Reagan Dunn’s mother. With a strong GOP candidate expect a flood of outside money on both sides in this race.

The recently completed redistricting process altered the 8th District, which sprawls from Seattle’s easternmost suburbs across the Cascades to include Chelan and Kittitas Counties, in ways that likely benefit Dunn. The redrawn district lost some increasingly diverse turf in South King County and pushed north to include exurban and rural parts of northeastern King County and the eastern two-thirds of Snohomish County.