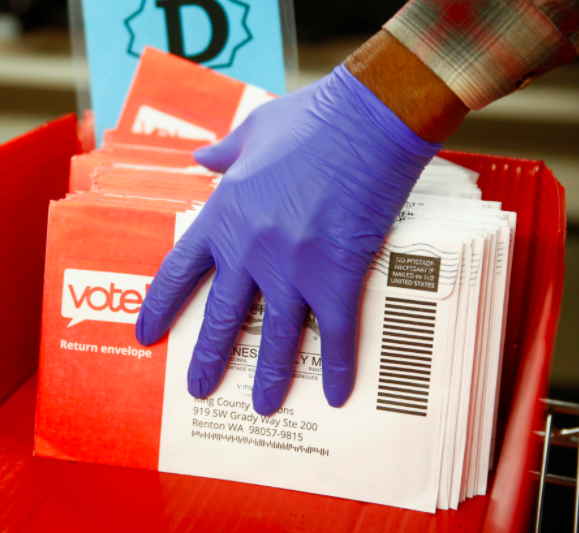 DNC Chair Tom Perez commended both Washington’s vote-by-mail system and Washington Democratic Party Chair Tina Podlodowski on Friday due to the record number of voters who casted a ballot in the state’s 2020 presidential primary amid the COVID-19 outbreak.

On a joint call with California Secretary of State Alex Padilla and Democratic state party chairs from Colorado, Oregon, and Washington, Perez framed the topic of voting during the COVID-19 pandemic as a tale of two Ws: Washington and Wisconsin.

When Washingtonians voted on March 10th they were a hotspot nationally for the coronavirus. Notwithstanding that fact, the election went off incredibly successfully. Participation was off the charts and I commend you Chair Podlodowki for your leadership in ensuring that. They were able to make their voices heard,” said Perez.

“What we saw in Wisconsin over the last two weeks was unconscionable. What the GOP did there opposing vote-by-mail – forcing voters to stand in crowded lines for hours – and when the city of Milwaukee had to go from 185 polling locations to five, that’s unconscionable…it was one of the most dangerous examples of voter suppression I have ever seen. Shame on them.”

After a legal battle that sparked national controversy, Wisconsin held its election amid the COVID-19 pandemic despite concerns raised by the Governor over the potential public health risks associated with voting in person.

Before the election, the US Supreme Court reversed a lower court ruling that would have extended Wisconsin’s absentee voting deadlines. Initial data showed that a record 1.3 million Wisconsin voters requested absentee ballots.

Vice President Joe Biden narrowly won the Democratic primary over Senator Bernie Sanders, with the former receiving about 591,000 voters and the latter receiving 570,000 votes. About 301,000 voters cast a ballot on the Republican side for President Trump, who won in a landslide.

In Washington, we know that vote-by-mail is safe and secure, and any suggestion that it leads to voter fraud is simply not based in reality or fact. We’ve got 15 years of experience to prove it. Every voter should have the opportunity to mail their ballots from home. It’s secure, it’s convenient, and it increases turnout among working people and vulnerable populations that are hit hardest by this virus. Voting by mail is a commonsense solution that should garner bipartisan support, especially in this moment of crisis,” said Podlodowski.